Get bi with these unforgettable reads.

Sexuality in science fiction and fantasy can sometimes be difficult to discern. Romance in this genre tends to be more of a subplot than the main point, and unless a character explicitly states their preference, readers often make assumptions based on the love interest. But recognizing bisexual characters is important, as bisexuality is often misrepresented in media and misunderstood in real life. Here are 10 science fiction and fantasy books with bisexual protagonists.

RELATED: Sapphic Sci-Fi and Fantasy Books That Are Spectacularly Queer

The planet Burning Bright is where one of the biggest virtual reality games in the universe is held, but it’s divided between two ruling political factions.

When game designer Quinn Lioe gets approved for leave, she decides to go to the center of the game and play to prove her worth. But she ends up in scenarios more realistic than she imagined, and gets caught between two powerful empires with catastrophic consequences.

More than only the protagonist being bisexual, in this future, everyone is bisexual and the problems of homophobia and sexism are nonexistent.

Lee Suh-Mi once had a vision that deep in the cosmos, a planet promised the answer to all of the problems plaguing humanity. Renata Ghali believed in Suh-Mi's epiphany, and followed it into the distant stretches of space.

22 years later, Ren is struggling to help keep the distant colony alive. But when a stranger appears, a man who looks impossibly like Suh-Mi, the secret of why they’re really on that planet might come out—and destroy the fledgling society.

Sure, Anna works for supervillains, but her job is still tedious.

And when when Anna finally gets an interesting assignment at her temp agency, she's injured by a superhero. Disabled and laid off, she utilizes her understanding of data to create a new narrative. With a few carefully-controlled viral videos, Anna is not just employed again, but is second-in-command to an evil supervillain.

A darkly comedic villain origin story, Hench is a fascinating and scathing view of capitalism and the perils of justice told through a wonderfully diverse cast of characters. 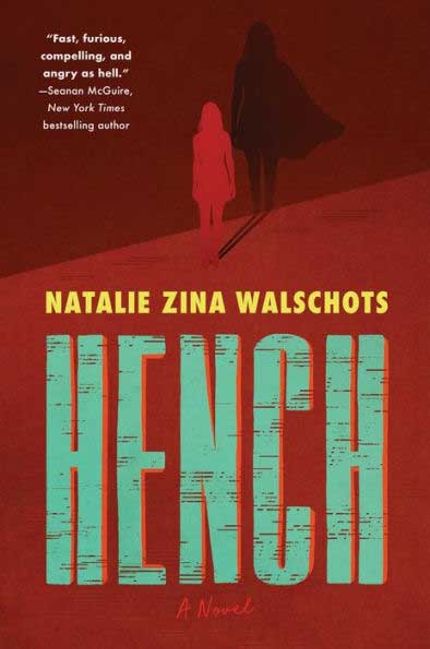 The Iskat Empire rules the galaxy with an iron fist. Which works until Imperial Prince Taam dies suddenly.

Now his widower, Jainan, is being pushed into an arranged marriage with the Prince’s cousin, Kiem, who has a less than stellar reputation.

But when Jainan is suspected of killing the prince, Kiem may be the only one to prove his innocence. Together, they must stay alive and seek the truth amid royal treachery—all while trying to figure out how they feel about each other.

In this intergalactic future, it’s not unusual for Kiem to have scandalous affairs with women only to marry a man. Gender is fluid and being queer is normal, highlighting the best in a diverse society.

As a sister of the priesthood, First Sister isn't allowed autonomy. When she’s abandoned by her captain, she’s forced under a new command, Saito Ren, and the Sisterhood wants her to spy on him.

Ren has his own enemies, like Lito val Lucius. Lito escaped poverty only to be defeated by Ren and separated from his partner, Hiro. Now, Lito has a chance at redemption. But Hiro secretly made recordings that question Lito’s loyalty, and now he must decide where his true ties lie.

Inclusive and diverse, The First Sister is an action-packed story about learning to fight for who you are and overcoming the obstacles society puts in your way.

An orphan escapes death and slavery to confront her brutal past in a world ravaged by competing empires and tested loyalties. In this war, only one victor will rise.

The Mirror Empire is set in a brutal and layered world where everyone is bisexual and women hold the power.

The Space Between Worlds

Anyone can travel throughout the multiverse as long as their counterpart isn’t alive. Because Cara is dead on 372 worlds, she’s rescued from the wastelands and trained as a traveler.

Cara and her handler, Dell, collect otherworld information for the Eldridge Institute. As long as she stays in line, Cara is almost guaranteed citizenship.

But when one of Cara's counterparts dies suspiciously, staying out of trouble proves impossible. 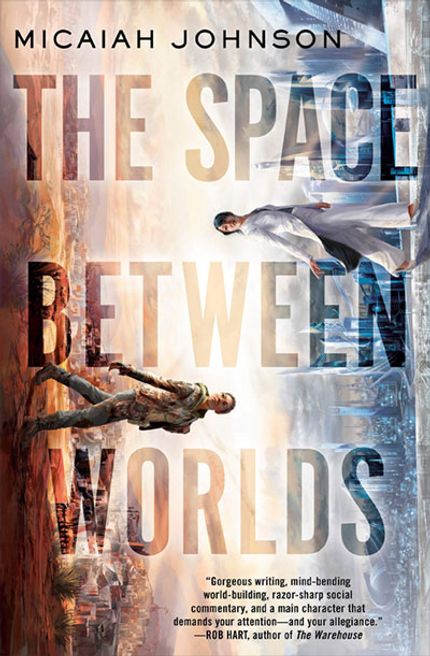 Sanda Greeve is a skilled combat pilot who can take down any enemy. Her brother Biran is an adept politician trying to diplomatically negotiate peace.

On a routine mission, Sanda is shot from her gunship. But instead of waking up safe and secure, she comes to 230 years later. She’s on an enemy warship controlled by Bero, an AI. The war is over—but Biran and Sanda aren't done fighting for their past or future.

The Invisible Life of Addie LaRue

Addie LaRue will live forever, but immortality comes with sacrifice.

No one from across her many lives remembers Addie—until she runs into a man in a bookstore.

A love story from V.E. Schwab, The Invisible Life of Addie LaRue is about acceptance and discovering who you are and where you belong. 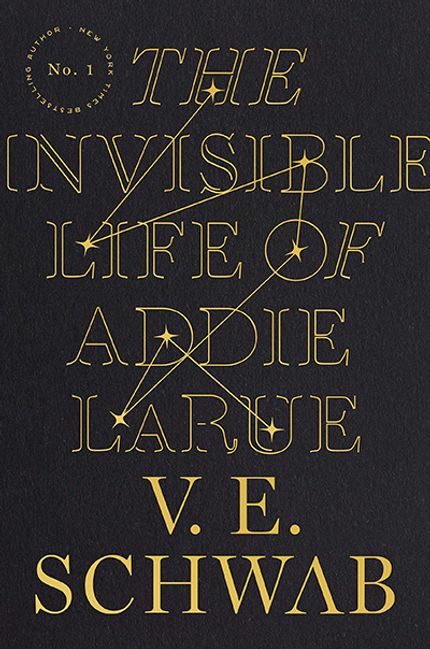 Constable Yat Jyn-Hok patrols the streets of Hainak at night. After being caught at a gay club, the strictly religious police force demoted her. And when she comes across a dead body while on duty, Yat is killed and her body disappeared.

But Yat isn't gone. Powered by a mysterious entity, she's now connected to the intricate bioengineered city and can manipulate the life strands holding it all together. But the people who murdered her have bigger plans than a dead Constable. And Yat may be the only one who can stop them.

This story take place in an incredibly inventive world filled with proudly queer characters refusing to conform to religious standards.