Have you read these iconic novels?

Often called the “dean of science fiction writers,” Robert Heinlein was one of the first novelists of the form to break into the mainstream, with early publications in magazines like The Saturday Evening Post. He is also, along with Isaac Asimov and Arthur C. Clarke, considered one of the “Big Three” when it comes to English-language science fiction of the so-called Golden Age of sci-fi.

Among his many contributions to the genre, Heinlein was one of the first science fiction writers to heavily prioritize scientific accuracy—at least, as it was understood at the time—and, as such, is a major influence on modern hard science fiction subgenres. His work also proved influential in a number of other ways, and elements of Heinlein’s writing can be found in everything from modern-day scientific thought to Warhammer 40,000.

Winner of several Hugo Awards—and many more Retro Hugos, awarded posthumously in recognition of his contributions to the field—Heinlein was also a naval officer and an aeronautical engineer, who often bragged about spending days working out the mathematical underpinnings of even the smallest details in his stories. Like many science fiction authors at the time, his political and social views were a complex stew of seemingly-contradictory impulses that evolved considerably over the course of his life, though his stories often favored individualism and even libertarian ideals.

With a career that spans nearly half-a-century and over thirty novels, there’s plenty of Heinlein out there to choose from, even though he passed away as an octogenarian more than thirty years ago. So, if you’re new to Heinlein, or have had just a taste and want to know where to go next, here are a few of the most essential, classic Robert Heinlein books from his prolific and genre-defining career.

First published in the Magazine of Fantasy & Science Fiction in 1959, Starship Troopers may be Heinlein’s best-known and most widely-read work.

Written as a protest against President Dwight Eisenhower’s suspension of U.S. nuclear weapons testing during the Cold War, Starship Troopers has been denounced as fascist propaganda by many in the years since.

Nonetheless, it won a Hugo for Best Novel when it was first released, and has had an enormous impact on science fiction, with many citing it as the progenitor of military sci-fi. It also marked a major turning point in Heinlein’s career, as he set aside the novels for younger readers that he had frequently published before to pursue stories aimed more at adults. The book has been adapted to film by Paul Verhoeven, who turned its pro-militarism message on its head through satire.

RELATED: 10 Compelling Generation Ship Books That Take You on a Journey 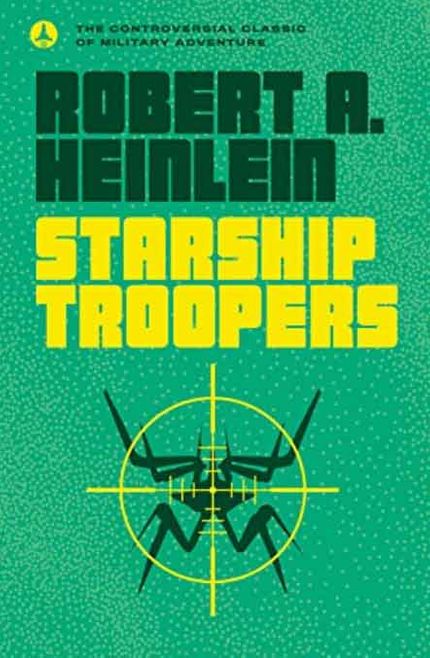 Stranger in a Strange Land

The first science fiction novel on the New York Times Bestseller list, Stranger in a Strange Land has been named by the Library of Congress as one of the “88 Books that Shaped America,” alongside such titles as The Wizard of Oz, The Great Gatsby, and The Sound and the Fury.

Originally published in 1961, the novel tells the story of Valentine Michael Smith, a human who was raised entirely by Martians. Returning to Earth, he becomes the eponymous “stranger in a strange land” as he tries to understand human customs, allowing the author a far-ranging commentary on everything from government to sexuality to religion.

RELATED: 50 of the Best Sci-Fi Books Ever Written 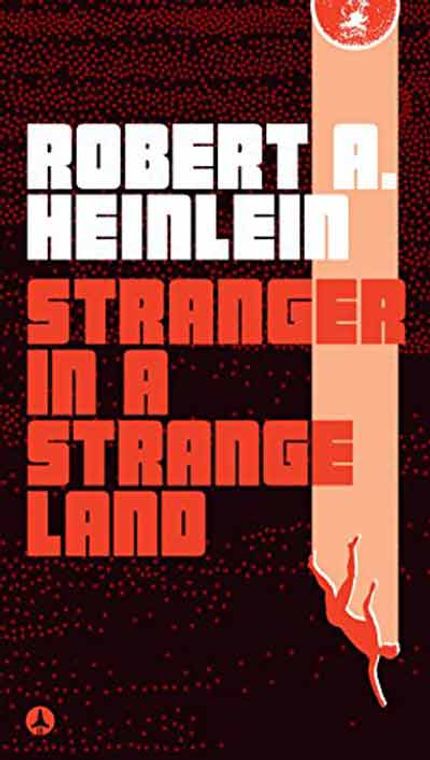 The Moon Is a Harsh Mistress

A nominee for the Nebula and winner of the 1967 Hugo Award for Best Novel, The Moon is a Harsh Mistress was first published in 1966, near the end of Heinlein’s “middle period.”

The book, which tells of the revolution of a lunar penal colony against an absentee Earth government, explores many of the author’s libertarian ideals, while also telling a genre-defining tale that involves political upheaval, thinking supercomputers, electromagnetic catapults capable of flinging rocks toward Earth with the power of an atom bomb, and lots more.

It has also been credited as the originator of the phrase, “There ain’t no such thing as a free lunch" (or, TANSAAFL).

Originally published in 1951, The Puppet Masters is one of the best-known (and best-regarded) of Heinlein’s early novels.

Its groundbreaking story follows a group of slug-like aliens who arrive on Earth in flying saucers and proceed to take over humans by attaching themselves to their nervous systems and directing them around like puppets. This convention that has since reappeared, in various forms, in countless other tales, including a 1994 film adaptation starring Donald Sutherland.

The novel is also notable for featuring an extremely representative triptych of some of Heinlein’s most often-reused character archetypes, including the ruggedly individualistic protagonist, his hard-nosed (and red-haired) love interest, and the wise but cantankerous older gentleman. 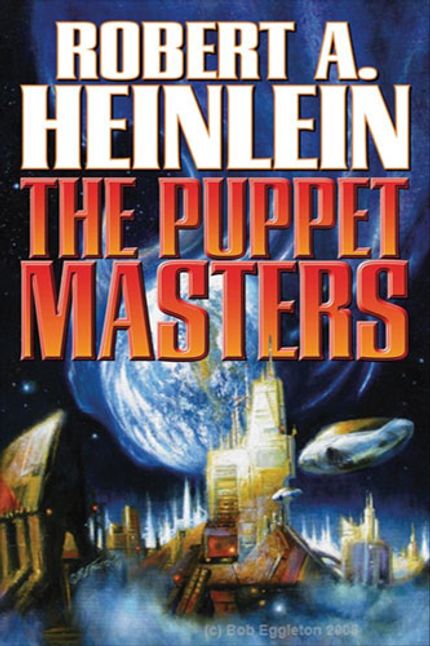 The Year of the Jackpot

This distinctly Heinleinian novella was the cover story of the March 1952 issue of Galaxy Science Fiction. It centers around a statistician who finds love at what just might be the end of the world.

Following Heinlein’s tendency to write about subjects which were, at the time, considered hard science, the story deals in concepts like Kondratiev waves, the idea that human social behavior—including politics, religion, social mores, and the economy—follow phases that happen in cycles. 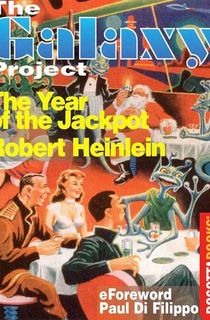 Written near the end of Heinlein’s “middle period,” Time Enough for Love introduces many of the elements that would appear in the author’s final works.

Protagonist Lazarus Long was originally introduced all the way back in the novel Methusalah’s Children, first serialized in 1941, but didn’t make his reappearance until this 1973 Hugo, Nebula, and Locus-nominated novel.

The beneficiary of a complex breeding experiment intended to increase the longevity of its offspring, Long enjoys an extremely lengthy lifespan; one that, at the beginning of Time Enough for Love, he has decided is no longer worth living. Long would later reappear in most of Heinlein’s final works, including The Number of the Beast and The Cat Who Walks Through Walls. 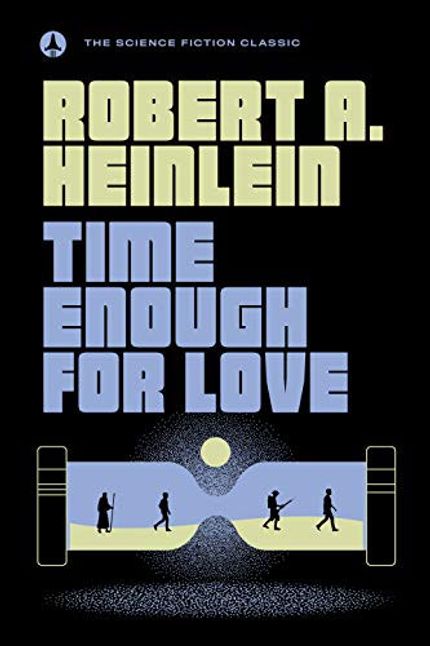