In 1946, a short story called “Loophole” first appeared in the pages of Astounding Science Fiction magazine. The tale was penned by a promising young writer named Arthur C. Clarke—and its publication marked the launch of an extraordinary literary career.

Over 70 years later, Arthur C. Clarke’s star still shines brightly in the sci-fi universe. The pioneering author and Prophet of the Space Age was a defining voice of mid-twentieth century science fiction, crafting stellar space narratives that often predicted technological breakthroughs. Over the course of his career, Clarke earned multiple Hugo and Nebula Awards, a UNESCO Kalinga Prize, received nominations for an Academy Award and the Nobel Peace Prize, and was named a Grand Master by the Science Fiction and Fantasy Writers of America. In 2000, he was formally knighted by the British Empire. In 2005, three years before his death, he was awarded Sri Lanka's highest civilian honor, Sri Lankabhimanya.

Readers today are most likely familiar with Clarke’s landmark works 2001: A Space Odyssey, Childhood's End, or Rendezvous with Rama. Yet the author’s wondrous imagination stretched far across the galaxy, producing a constellation of narratives that every sci-fi fan should explore. With that in mind, we gathered some of our favorite Arthur C. Clarke books, from literary classics to lesser-known gems. 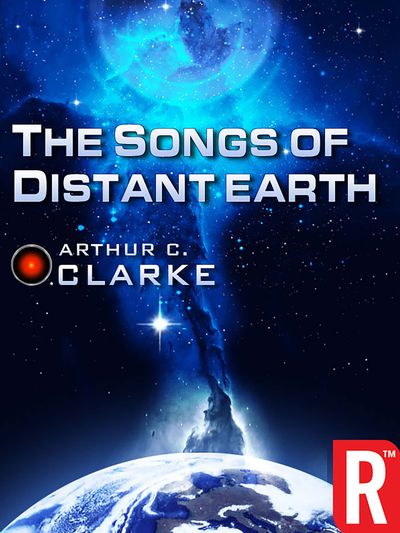 The Songs of Distant Earth

Published in 1986, Clarke identified The Songs of Distant Earth as his favorite of all his novels. Its origin can be traced back to a short story of the same name first published in 1958. To the colonists of the planet Thalassa, Earth is but a distant glimmer. The space settlers first arrived on this faraway ocean paradise long ago, sent via an embryonic seed pod in an effort to further the human race. In the years since their arrival, the colonists founded a new society, one that is peaceful, loving, and free from the influence of religion and superstition. Today they are thriving. But their stability is thrown into jeopardy when the mega spaceship Magellan descends from the heavens—carrying with it one million Earth refugees fleeing their dying planet.

The Songs of Distant Earth 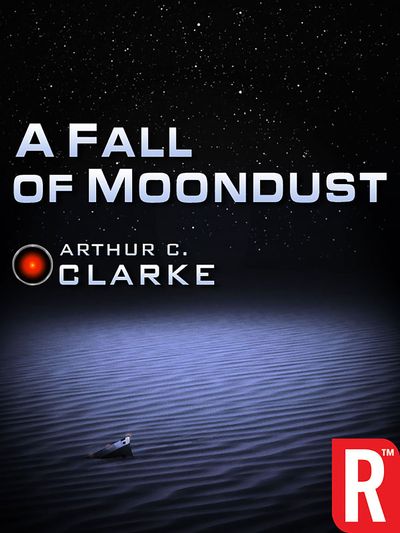 Clarke was nominated for a Hugo Award for this riveting space age survival tale published in 1961, which the Sunday Times hailed as "expertly told and cruelly exciting to the end." It’s the 21st century, and Earthlings have colonized the Moon for research as well as recreational purposes. Intrepid and well-moneyed tourists travel to the gray satellite and set out on lunar cruises across the Sea of Thirst, a vast ocean-like body of dust so fine and dry it almost moves like water. The Selene is one such dust-cruiser that ferries tourists across this arid ocean. Not long after setting off, however, a moonquake strikes, and the Selene sinks deep into the powder. With time running out and air in increasingly short supply, the crew and passengers must work together with what resources they have if they hope to escape. 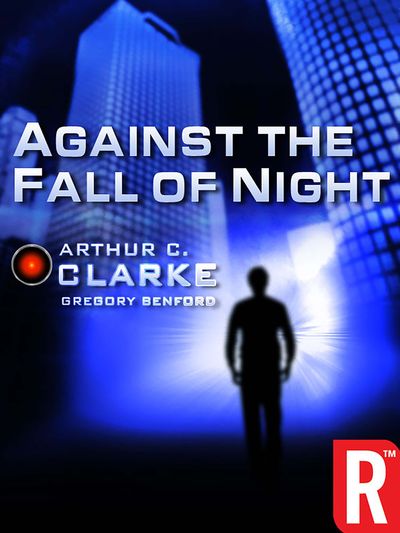 Against the Fall of Night

Against the Fall of Night's poetic meditation on our place in the cosmos established Clarke as a bold new talent in sci-fi literature. Set far into the future, the narrative follows Alvin, the last child born of humanity in the ageless city of Diaspar. According to city elders, there is nothing beyond Diaspar’s borders; invaders destroyed all other signs of life. Alvin, intensely curious, yearns to see the outside world for himself—and catches his first glimpse in the form of a mysterious stone with an inscription that promises a "better way." The rock sends the young protagonist on a grand journey of discovery and revelation, one that reveals his people’s past as well as the future of all humanity. Against the Fall of Night was first published as a novella in 1948. Clarke expanded it into a novel published in 1953, and revisited it yet again in 1956’s celebrated The City and the Stars.

Against the Fall of Night 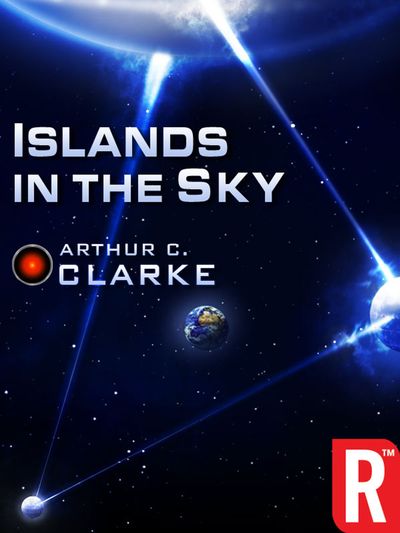 Islands in the Sky

Published in 1952 and geared toward teenage readership, Islands in the Sky is shining early example of the author’s capacity for inspiring wonder at the universe and integrating space age technology into his work. At just sixteen years old, Roy Malcolm is wise beyond his years. The aviation expert is also enamored with space travel. So when he wins an all expenses paid trip to any part of Earth, Roy requests the Inner Station—after all, the satellite’s orbit still lies within Earth’s legal territory. Soon, the young cadet is rocketing through Earth’s atmosphere for an adventure of a lifetime.

Islands in the Sky 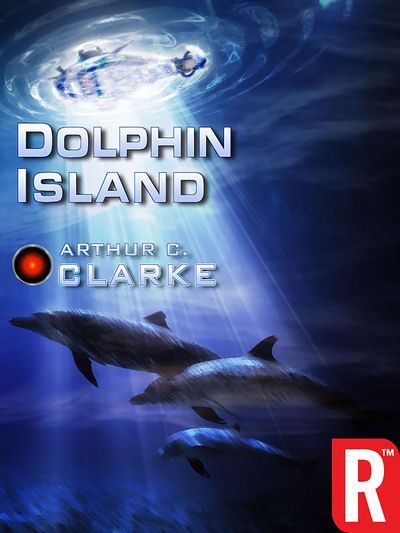 Published in 1963, Dolphin Island charts an adventurous course across a terrestrial frontier—our oceans. In the dead of the night, a massive cargo hovership makes an emergency landing in the American Midwest. Transfixed by the vessel, and thirsty for adventure, young Johnny Clinton climbs aboard while the ship’s crew is distracted. Alas, Johnny’s joyride is short-lived. Hours after taking off, the ship plummets from the sky once again, this time crashing into the Pacific Ocean. While the crew escapes, Johnny remains, stranded on the floating wreckage. All hope seems lost, until a dolphin pod appears and spirits Johnny away to a secret island hidden in the Great Barrier Reef. It is here that he meets Professor Kazan, a brilliant and peculiar scientist studying dolphin communication. But danger lies on the horizon, and soon Johnny’s strength is tested once again. 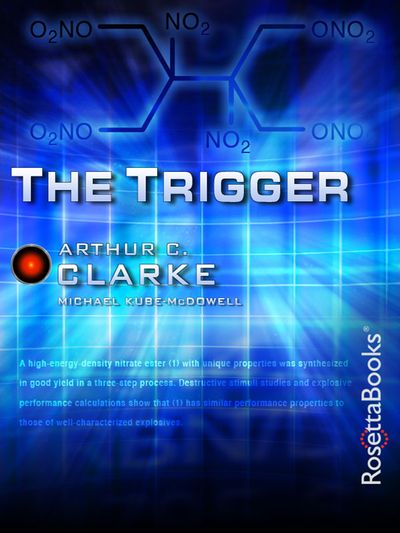 Clarke joins forces with Hugo Award-nominee Michael Kube-McDowell in this thought-provoking sci-fi thriller published in 1999. In the near future, scientists strive to construct an anti-gravity device. Instead, the team accidentally invents an altogether different instrument—one that neutralizes weaponry. As the group works backward to understand their breakthrough in hopes of perfecting their device and using it for good, political power players move in to seize control of the so-called "Trigger." Now they must navigate a treacherous web of gun lobbyists, politicians, and high-ranking officials of the military industrial complex—and ensure their creation does not fall into the wrong hands. 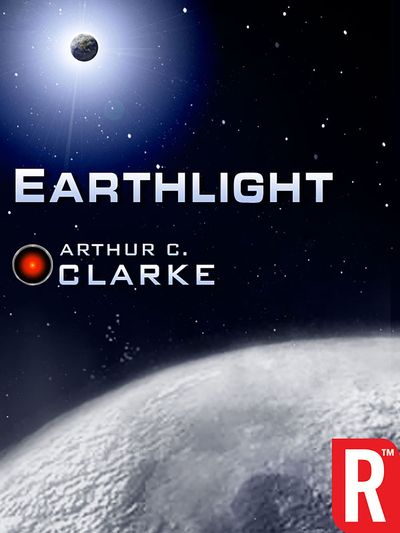 Clarke combines the suspense of a spy thriller with interstellar warfare in this political space opera published in 1955. In the 22nd century, humankind’s presence stretches across the solar system. Thriving settlements now exist on the Moon, Venus, and Mars, all united under an alliance known as the Federation. Journeying into this space age political landscape is a government agent from Earth named Bertram Sadler. Sadler’s on the hunt for a suspected spy believed to be leaking information about precious heavy metal deposits on the Moon. As he searches for his elusive target, tensions flare between Earth and the Federation, and soon the whole solar system is on the brink of war. 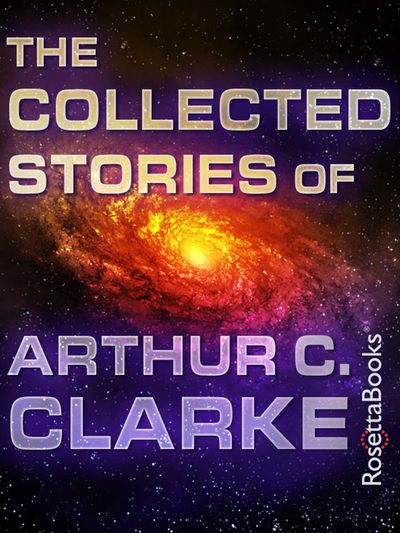 This essential short story collection assembles over one hundred of Arthur C. Clarke’s shorter works, from his early narratives published in popular sci-fi magazines to the story seed that inspired 2001: A Space Odyssey and the more recent tales penned by Clarke in his later years. The result is a stunning portrait of Clarke’s extraordinary imagination and a fine primer on one of sci-fi’s most enduring voices. 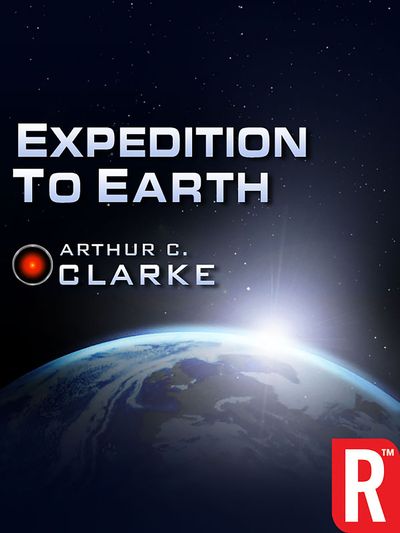 For Clarke completists, or sci-fi fans searching for a less daunting journey through the author’s literary universe, check out Expedition to Earth. Released in 1953, Expedition to Earth is Clarke’s first published short story collection. It includes classic tales like “The Sentinel”, “Loophole”, and “Exile of the Eons,” and serves as a clear reminder of Clarke’s prowess as a short story writer of mid-century science fiction. 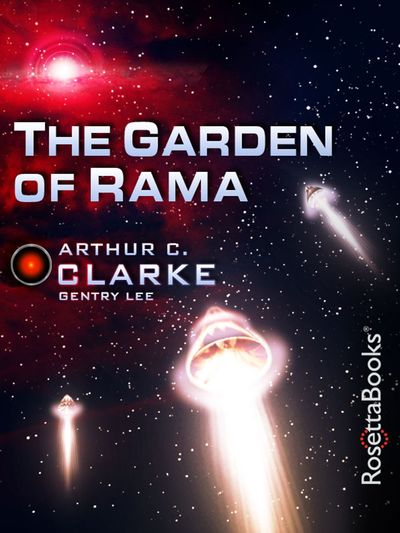 The Garden of Rama

Published in 1991 and co-written with Gentry Lee, Garden of Rama is the third book in Clarke’s Rama sequence. It picks up where 1989’s Rama II left off. Trapped in an alien ship hurtling through space, astronauts Nicole, Richard, and Michael cling to their humanity and strive to cultivate life in their bleak surroundings. Nicole gives birth to five children, and together they raise the children over the course of their years-long journey. When the family finally reaches the Raman node, startling developments emerge, peeling back the mystery of the alien spacecraft’s true purpose and revealing dark truths about their fellow humans.

The Garden of Rama 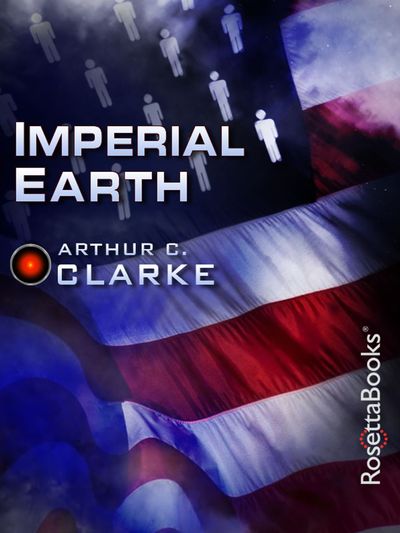 Clarke rockets readers to the year 2276 in this suspenseful political thriller, published to coincide with America’s 1976 bicentennial year. Duncan Makenzie is a member of Titan’s First Family, descended from the settlers who first colonized Saturn’s moon. Now, he’s traveling back to Earth as a diplomatic guest of the United States during its quincentennial celebration of independence. Upon arriving, Makenzie is ushered into the parties and elite political circles of a futuristic Washington D.C. But the man from Titan harbors a secret—one that impacts the future of his genetic line. 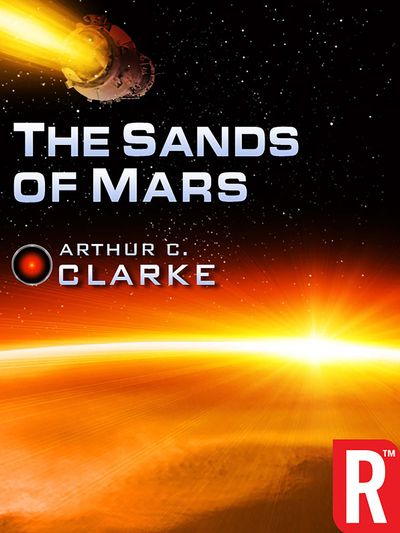 The Sands of Mars

First published in 1951, The Sands of Mars presents a vivid vision of space travel years before the first manned flight into space. The narrative centers on Martin Gibson, a successful sci-fi author who climbs aboard the spaceship Ares on its maiden voyage to the red planet. Ares is the world’s first spaceship built for passenger travel, and Gibson is on board as a guest. His mission is to document their journey to Mars and write a book about the experience. Clarke thoroughly engages with the hard science of space travel in this outstanding read, examining the inner workings of air pressure systems and oxygen delivery, the challenges of food cultivation and constructing adequate shelter on an alien planet, surviving that planet’s severe weather systems, and traveling across its unfamiliar landscape.

The Sands of Mars 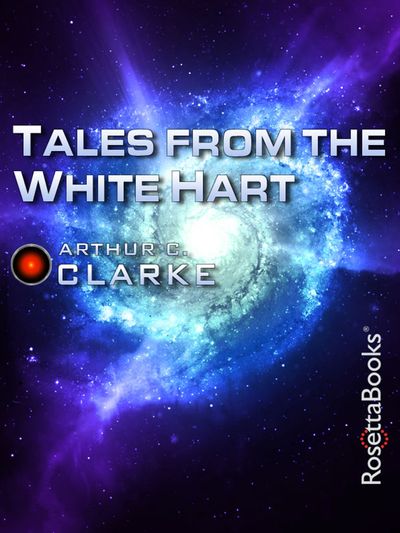 Tales from the White Hart

Clarke crafts a fanciful romp in this short story collection filled with "high diversion, amusement and amazement" (Los Angeles Times). Inspired by Irish author Lord Dunsany’s Jorkens stories, of which Clarke was a fan, Tales from the White Hart invites readers into London’s White Hart Pub, where a roundtable of writers and scientists toast the night and spin fantastic tales. Of the storytellers you'll meet is one Harry Purvis, along with fictionalized versions of real-life sci-fi writers John Christopher (The Death of Grass), John Wyndham (The Day of the Triffids, The Midwich Cuckoos), and even Clarke himself as his penname alter ego Charles Willis. Together, the fabulists attempt to outdo one another with their incredible narratives. Rich with fantasy and humor, Tales from the White Hart reveals a playful side of one of science fiction’s most studious minds.

RELATED: Discover the Terrifying Novel Behind Village of the Damned

Tales from the White Hart