Since the start of the Golden Age of Science Fiction in the 1930s, sci-fi TV shows have brought viewers escapism and innovation in the comfort of their own homes. With the debut of the first episode of Star Trek in 1966, studios began to invest more money in science fiction properties, and these series developed dedicated fandoms.

Star Trek’s fandom, Trekkies, paved the way for dedicated fandoms for series like the 90s’ Babylon 5, the British time travel series Doctor Who, the Battlestar Galactica reboot, and even Joss Whedon’s Firefly.

Although Star Trek’s original series broke barriers with its on-screen racial and gender representation, it wasn’t until recent years that serialized sci-fi began to depict the inclusivity the genre deserves. Recent shows such as the Wachowskis’ Sense8, The Expanse, Electric Dreams, Westworld, and more have deviated from the genre’s historic focus on white men colonizing space.

At the same time, recent years have also seen a resurgence of new series based around classic IP, from Star Trek: Discovery to The Mandalorian and Marvel shows like Loki.

With this vast galaxy of content, how does one choose what to watch? The Portalist recommends the best sci-fi shows to stream on Netflix, Amazon, Hulu, Disney Plus, and beyond.

The 10 Best Babylon 5 Episodes Ever

Sooner or later, everyone comes to Babylon 5.

Octavia Butler's Kindred to Be Adapted for a Pilot by FX

5 Acclaimed Shows Like WandaVision to Watch After the Finale 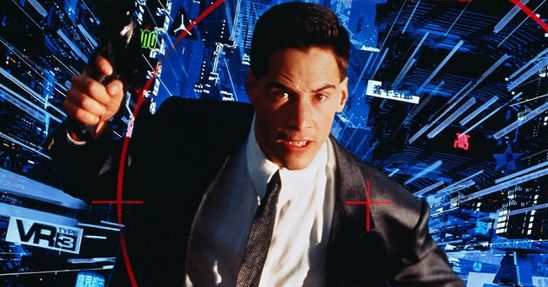 Does your head have room for these gigs of data?

10 Shows Like The Expanse You'll Flip (and Burn) For

Fill the Rocinante-sized hole in your heart.

Looking for a little ink-spiration?

Quit getting lost in the backlog, and start watching extraordinary sci-fi.

WATCH: The Mandalorian Season 2 Trailer Shows Us the Baby

The 10 Best Episodes of The Ray Bradbury Theater

The author's TV series is currently streaming for free on Peacock.

This AI drama is deeply addictive.

This kaiju-filled series from the co-creator of Godzilla is a creature feature that still delights.

Looking for a show to binge? You'll want to get lost in this eerie new world.

Free Streaming Service Trials to Distract You During Coronavirus Quarantine

From TV to audiobooks, binge your favorite SFF stories for free.

11 Gripping Shows Like Westworld That Will Make You Question Reality

36 of the Best Sci-Fi Shows on Netflix This February

These binge-worthy series are set to stun.

Prepare for Season 7 of The 100 with these 10 captivating series.

These inspirational quotes from Star Trek will help you "make it so!"

Seeking your next binge-worthy series? Look no further.

Why We Should All Be Excited for Wynonna Earp Season 4

She’s more than just “the girl with the big-ass gun.”