There's so much more to zombies than just The Walking Dead. Countless sci-fi, fantasy, and horror books use zombies to explore serious fears about plague, globalization, and, in at least one instance, the dangers of unsupervised U-boat excavation.

From a hard sci-fi story about an unusual zombie child, to an unforgettable novel from a Pulitzer Prize-winner, these nine zombie books demonstrate the genre's flexibilty—and, of course, its capacity to scare readers witless. 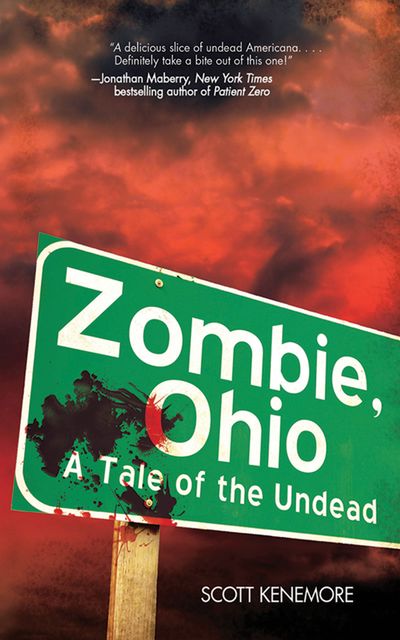 Once, Peter Mellor was a professor at the college in his rural Ohio town. But since the car crash, things have been different. The world around Peter is descending into chaos: He can’t recall much from before the accident, and—oh yes—part of his head is missing.

Written from the point of view of the undead, Zombie, Ohio follows Peter as he slowly adjusts to his new existence as a zombie, and comes to the realization that the car crash, which took his life and inadvertently turned him into the walking dead, was no accident.

Thankfully, Peter has plenty of time to solve the mystery of who murdered him. In between feeding his recent addiction to brains, of course.

Want more zombies? Sign up for The Portalist’s newsletter and fet the best in sci-fi and fantasy sent straight to your inbox! 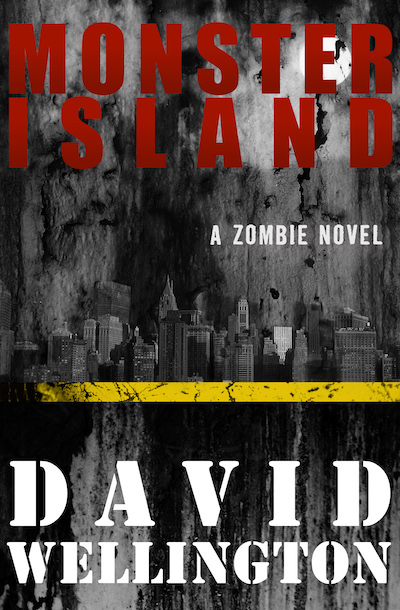 Monster Island taps into a profound fear for any city-dweller: where would you go if the city were suddenly overrun by plague?

Set in a post-apocalyptic Manhattan where the city’s subway tunnels, office buildings, and avenues are choked with zombies, the narrative follows survivor Dekalb as he faces a harsh truth: In order to save his daughter's life, he needs to retrieve medical supplies from the United Nations building in Midtown.

Supported by a fierce group of teenage female soldiers, Dekalb faces off against a city crawling with corpses—including sentient, egomaniacal zombie Gary. 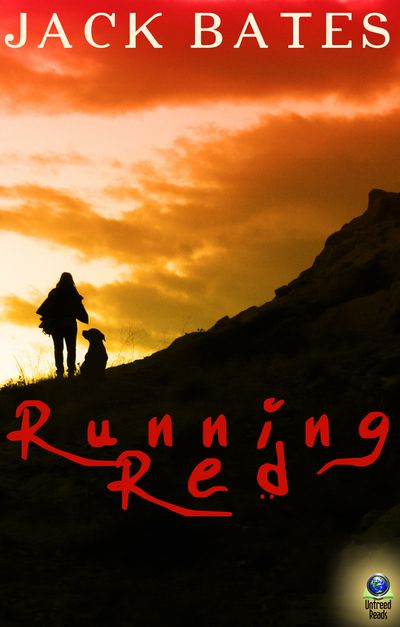 16-year-old Robbie Willette has the usual teenage concerns: her relationship makes her unhappy, she doesn't know how to relate to her family anymore, and she doesn't know what she wants her future to look like.

Just when Robbie realizes she needs to make big changes to have a life she can stand, dramatic events decrease her chances of having any life at all.

While Robbie was distracted by her own angst, a strange plague spread rapidly across the planet, transforming humans into blood-obsessed creatures.

Suddenly, Robbie's small world has been destroyed forever. With the help of a golden retriever named Yuki, Robbie sets off on a dangerous odyssey to reunite with her sister. 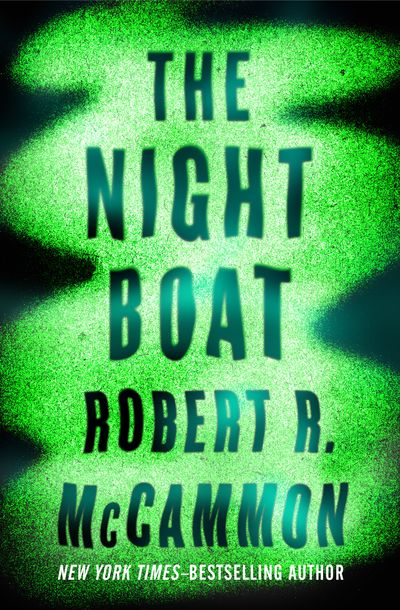 The son of a bank president, David has a cushy job lined up for him at home with his parents. Instead, he flees to the Caribbean, where he spends his time deep sea diving, and eventually uncovers something he shouldn't have: A still-seaworthy U-Boat, with sounds of movement coming from inside.

When an unexpected charge sends the vessel towards a nearby island, David opens the hatch, unleashing an unpredictable evil onto paradise. Moral of the story: Listen to your parents unless you want to wind up swimming with zombie Nazis.

RELATED: 10 Major Differences Between The Walking Dead Comics and the Show 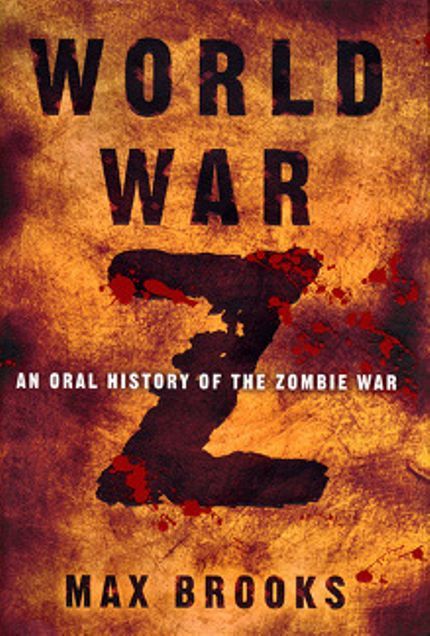 World War Z is a masterful and incredibly detailed ‘oral history’ of humanity’s war against the undead, or 'zeke.' Although the book was adapted into a movie in 2013, potential readers would be wise not to let their opinion of the movie influence whether or not they pick up the book, as the film is almost unrecognizable from its source material.

World War Z (the book) is a comprehensive chronicle of how the international community would be impacted by a zombie pandemic. It's gripping, chilling, and, at times, surprisingly emotional. The book's stories, presented in interview format, envision how humans across the globe would respond to a pandemic that leaves its victims worse than dead.

World War Z is filled with memorable characterizations, but its female characters are particular standouts. Unlike in lesser apocalyptic narratives, the women of World War Z aren't just presented as traumatized victims. Frequently, they're brave, intelligent warriors who band together to take down 'zeke,' and any other challengers who happen to come their way.

Tales of the Hidden World

In this eerie short story collection, sci-fi and horror master Simon R. Green revisits some of the darkest worlds from his novels to spin self-contained tales of deadly creatures and the humans tasked with keeping them at bay.

A standout story in the collection is "He Said, Laughing," an homage to Apocalpyse Now, in which the renegade General Kurtz's army is populated by undead men — because, to his mind, "war is far too important to be left to the living." A sick look at the violence in Vietnam, this story and the rest in Green's collection will leave you unsettled long after you finish them.

Tales of the Hidden World 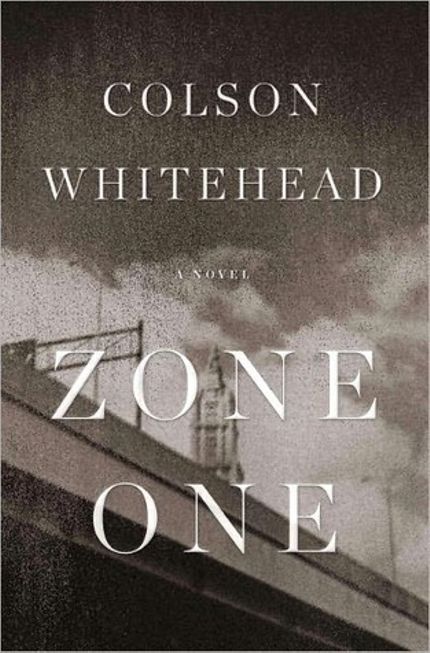 In Zone One, Pulitzer Prize-winning author Colson Whitehead depicts humanity on the upswing against the zombie apocalypse. Armed forces are gradually taking back Manhattan for the living, inch by painstaking inch.

Mark Spitz, a soldier stationed at Chinatown’s Fort Wonton, is tasked with helping his team reclaim everything south of Canal street, exterminating zombies that have become catatonic and effectively harmless since the collapse.

Set over the span of three days, Zone One follows Mark and his fellow 'sweepers' as they reminisce about the lives they led before civilization's 'last night,' and grapple with post apocalyptic stress disorder.

Some semblance of routine and normalcy is finally returning to their lives—but Mark doesn't know how fragile humanity’s edge over the dead really is. 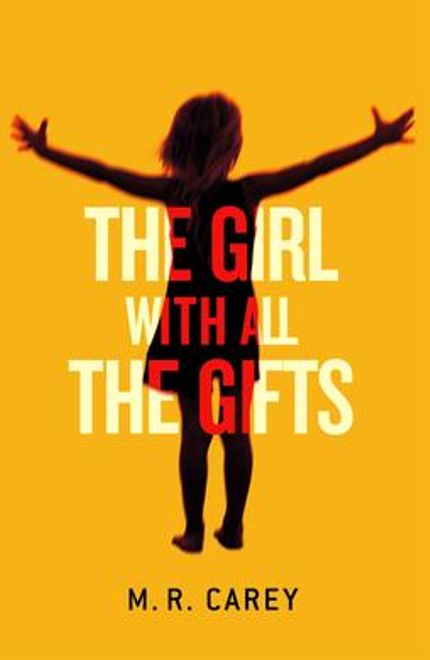 Twenty years ago, humanity was overrun by a fungal infection that caused the afflicted to lose their mental faculties and crave human flesh. But now, a group of children 'hungries' may be the key to a cure.

These young hungries haven't lost their minds, and aren't dangerous unless they're close enough to humans to smell them. Melanie, one of these unusual young hungries, is taken to a military base run by the few surviving uninfected. There, she develops a deep affection for her teacher Miss Justineau. Melanie doesn't fully understand what makes her different from other humans, or why the brief moment of physical affection she shares with Miss Justineau causes so much consternation on the base.

This somber hard science fiction/zombie novel will linger with you long after the final page. If you enjoy The Girl With All the Gifts, there's more where that came from, too. The prequel novel The Boy on the Bridge follows a team of doctors rushing to discover a cure for the 'hungries.'

RELATED: The Best Audiobooks for Sci-Fi and Fantasy Fans 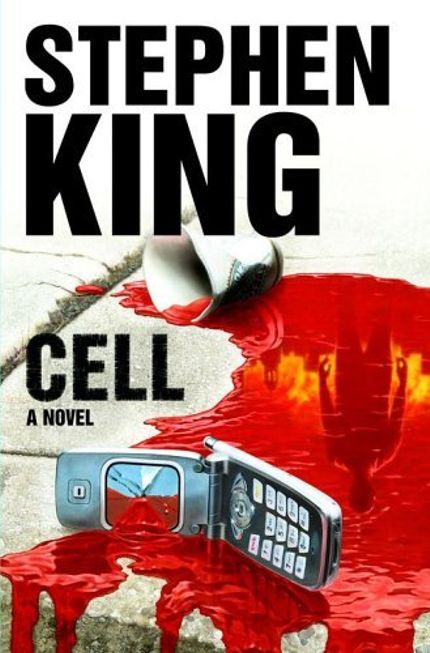 Stephen King’s lone foray into the zombie genre, Cell, manages to rise above a pretty hokey premise—‘what is it with millennials these days and their devices? It’s like they’re all ZOMBIES, huh?'—to take a truly dark look at how a devastating pandemic could separate modern families.

Maine artist Clayton Riddell is visiting Boston on a work trip when the world goes to Hell. Anyone using their phone when a mysterious message called “The Pulse” is transmitted transforms into ravenous, zombie-like killers.

Desperate to reach his son Johnny back in Maine, Clayton and a ragtag group of other non-phoners begin an odyssey across devastated New England to hopefully reach Johnny—and get some answers along the way.

A gory book even by King's standards, Cell is dedicated in part to George A. Romero, and should please fans of the latter's films.

This Hugo Award-nominated novel, written by acclaimed author Seanan McGuire under a nom de plume, is set in 2040 America and follows journalist Georgia Mason as she blogs the presidential campaign of a Republican senator.

Georgia, her brother Sean, and their friend Georgette (aka “Buffy”) uncover a conspiracy to use zombies to undermine the campaign. The three investigate the cover-up, with deadly—and un-deadly—consequences. The exciting start to the smart, pop culture-savvy Newsflesh series, Feed will leave you hungry for more.

The Reapers Are the Angels

Temple never knew the world without the undead.

In this vivid, literary take on the post-apocalypse, we see the world through the eyes of Temple, a young girl who was born after America dissolved into chaos twenty-five years ago.

Even after the death of her brother, Temple seeks beauty in the chaotic world around her, occasionally finding community in the eccentric small societies that rose from the ashes of America. But now, Temple is being pursued by a man much more dangerous than any zombie.

Described by author Michael Gruber as "like Flannery O'Connor with zombies," The Reapers Are the Angels is a unique vision of what life would look like, decades after the uprising of the undead.

The Reapers Are the Angels

Want more great zombie stories? Sign up for The Portalist's newsletter to get the best in sci-fi and fantasy sent straight to your inbox.

This post is promoted by Open Road Integrated Media.Thank you for supporting our partners, who make it possible for The Portalist to celebrate the sci-fi and fantasy stories you love.

Featured image via the cover of "Zone One"