2020 marks 30 years since the first Wheel of Time book hit shelves, but the series continues to influence epic fantasy.

“The Wheel of Time turns, and Ages come and pass, leaving memories that become legend. Legend fades to myth, and even myth is long forgotten when the Age that gave it birth comes again.” -Robert Jordan

That opening line is the central conceit of one of the greatest fantasy epics ever written.

While it is the overarching theme in The Wheel of Time, the late Robert Jordan’s sprawling tale of good vs. evil and the Dragon Reborn, in a broader sense Jordan’s rumination on the cyclical nature of time is the perfect illustration of his own tremendous influence on the fantasy genre and the ways influences filter down across generations, creating works that are both immediately familiar and startlingly fresh.

As each generation of writers begets the next, the tales themselves begin anew with new perspectives and experiences breathing life into their forms, and new types of myths and legends underpinning them. The wheel continues its revolutions from Tolkien on to Jordan, and further still to Brandon Sanderson and Patrick Rothfuss.

2020 will mark thirty years since The Wheel of Time began its monolithic turning. And a monolith it is. From a purely physical standpoint, the series clocks in at a staggering fifteen volumes, some 11,000 pages, and literally millions of words.

Beginning with The Eye of the World in 1990, Robert Jordan introduced readers to his unnamed world and the cyclical nature of its apocalyptic struggles. Each Age in this unnamed land sees a prophesied hero rise up in the reincarnated form of the Reborn Dragon to battle Shai’tan, the Dark One. 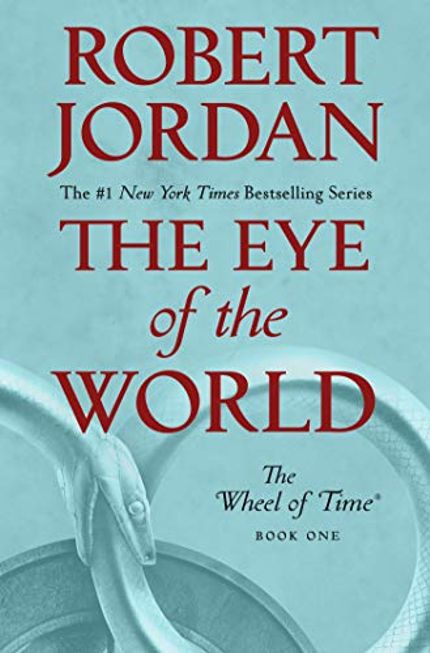 Want more great fantasy? Sign up to get the best in fantasy and sci-fi sent straight to your inbox.

The Eye of the World begins with three young men, one of whom may be the Reborn Dragon, plucked from their village and set on the run from the forces of Shai’tan. It is a story and struggle that has happened over and over throughout the various Ages of Jordan’s world, and there are prophecies to shepherd our key players through the events and guide the eventual reincarnated Dragon.

At base, this is all very familiar territory – the “chosen one” has become a trope for a reason – and the influence of Tolkien is obvious, but it is also here where Jordan begins to diverge and build his own myths and legends from the relics of what came before him.

Where Tolkien’s Lord of the Rings drew heavily from Norse and Germanic mythology with all of its elves and dwarves and curmudgeonly old wizards, Jordan looked to Eurasian and Asian mythology for his foundations. The cyclical nature of time, reincarnation, and balance are central over-arching themes throughout Wheel of Time.

Jordan pulled from not only mythology and folklore but also religion and philosophy. Where Tolkien leaned heavily – if in a somewhat veiled way – into his Catholic faith, Jordan looked to the The Book of Revelation, Hinduism, Buddhism, and Taoism to lay a path for his characters.

Whether taking cues from the Christian story of Armageddon, the reincarnation cycle of Buddhism, or the balance and duality of Taoism, from its earliest moments Jordan charted unexplored territory in The Wheel of Time.

What begins as the typical “farm-boy plucked into a daring adventure” is quickly evolved and turned on its head in some subtle but key ways. For instance, there are no elves or dwarves and the like populating Wheel of Time. While our heroes do fight fantastical creatures, Jordan’s unnamed world is, in his own words, “the late 17th century without gunpowder”. For me, though, Jordan’s magic system – a key to most any fantasy world – is where things get interesting. 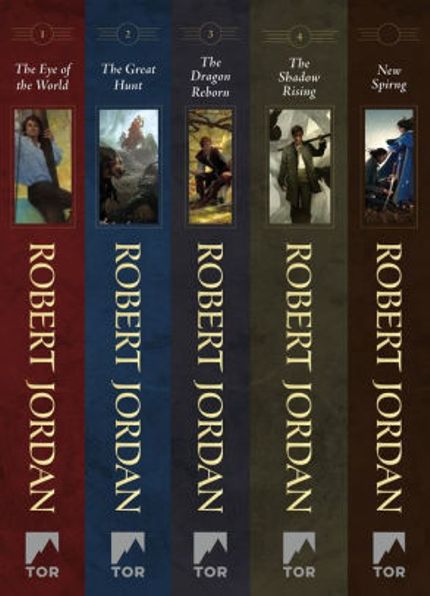 In Wheel of Time, magic comes from something called the “True Source”. Magic wielders, known as “channelers” tap into the “One Power”, which springs from the True Source. The One Power is comprised of two halves that can be thought of as a male and female half. Male channelers are more powerful, but Shai’tan tainted the male side of the One Power in a previous age and now any male who channels is likely to go mad.

This is beyond the already steep cost that comes with channeling. This becomes crucial as the story progresses because the Reborn Dragon – whichever male character that might be – must tap into the One Power to defeat Shai’tan, but doing so will slowly drive him insane. So, in essence, the Reborn Dragon is in a race against his own slowly eroding sanity and that conflict is a fascinating and driving force throughout the latter novels.

RELATED: 14 High Fantasy Books That'll Be Your Next Obsession

The previous Age ended with a group of tainted male channelers essentially razing the entire world. This concept of corrupting influence was central to the idea of the One Ring and Frodo’s journey, but it is one the Jordan took a step forward. Jordan takes a concept from the previous generation and deftly weaves a narrative structure that turns it on its head. It is something that has become increasingly commonplace in the fantasy that followed Jordan. 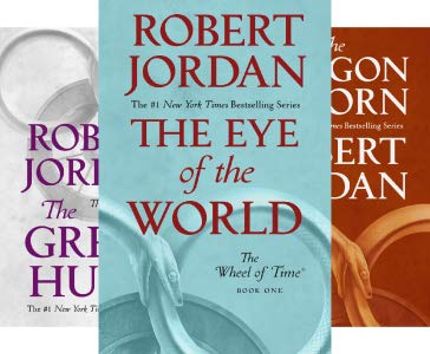 The Wheel of Time, for all of the ways it refined and redefined the concept of epic fantasy, is at base a meta-analysis of the fantasy’s own cyclical nature. The idea that there is nothing new under the sun is a common truism. If nothing else, all of literature’s common tropes, and even the Campbellian Hero’s Journey, illustrate this. But, what we see throughout the whole of fantasy literature is the transformative power of near-endless variation.

Robert Jordan understood that time is a wheel and legends fade until the Age that birthed them comes again.

Want more content about your favorite authors? Sign up to get the best in sci-fi and fantasy sent straight to your inbox.