8 Light Novels You Need to Read

Though light novels have been part of Japanese publishing since the mid-1970s, they’ve only become popular in North America in the last few years. If you’ve never heard of these books before, light novels are a form of Japanese storytelling aimed at young adults. They’re frequently illustrated in a manga-like style. These two mediums are connected even further, as many light novels are adapted as manga.

Light novels are known for putting out a ton of published content, which is excellent news for binge-reading bibliophiles. And while the genre is fairly new to the North American market, the sheer volume of books can feel daunting for experienced light novel readers and newbies alike. We’ve gathered eight of the most popular light novels that span the genre from the 1970s to today.

The Melancholy of Haruhi Suzumiya

Haruhi just started high school in a city where no one knows her and nothing happens. Except maybe Kyon, the boy who sits behind her in homeroom. He’s the only person she’s ever opened up to, which unknowingly tied their fate together. And then there’s the S.O.S. Brigade—the group Haruhi started to search for anything and everything fantastical. But the Brigade has another goal: to keep Haruhi happy. Because even though she doesn’t know it, Haruhi can destroy the universe.

The Melancholy of Haruhi Suzumiya is an ongoing series that swept through Japan when it first came out. Since then it’s gone on to create 11 more volumes, four manga series, two anime series, an animated movie, and multiple video games. 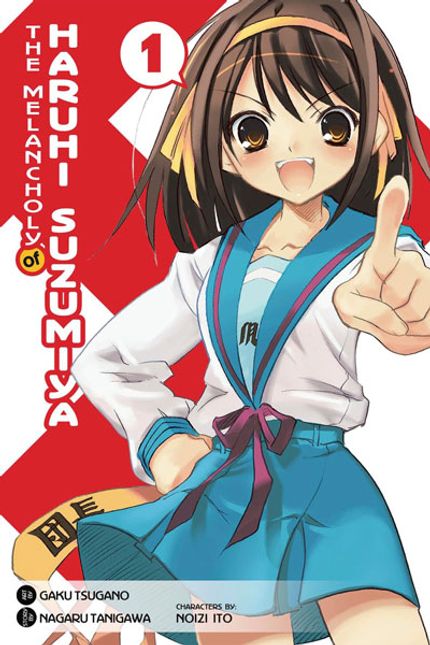 When a series of young, female students disappear at Shinyo Academy, the authorities assume they’ve all run away. But Nagi Kirima knows something else is at play. There’s a shinigami—the Angel of Death—that children whisper about who releases people from their pain. Sometimes legends are true. And his name is Boogiepop.

Boogiepop is largely recognized with making light novels popular and redefining the YA genre in Japan. Told in a nonlinear timeline through multiple character perspectives, this series spans more than 20 novels, an anime series, and a live action film. 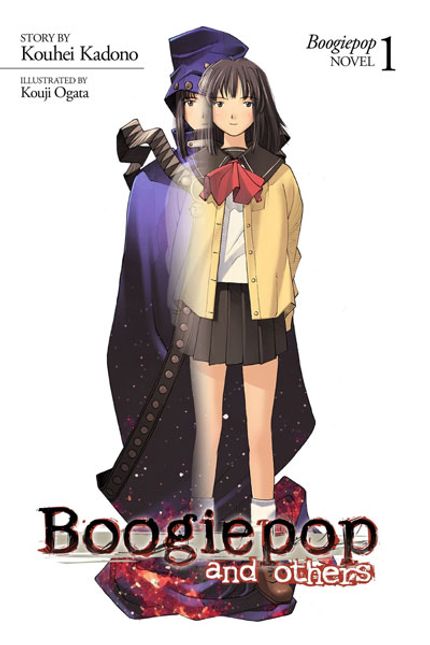 Ascendance of a Bookworm

By Miya Kazuki, illustrated by You Shiina

Urano Mototsu has one dream: to live the rest of her life surrounded by books. Until she’s unexpectedly crushed by them. But she even has a plan for that. As her dying wish, she asks to be brought to a life where she can continue reading—except she’s brought back as five-year-old Myne, daughter to a poor soldier. Even worse, books are expensive and hard to come by. Determined to continue her love of reading, she focuses on becoming a librarian and filling the world with books.

How could we not include a book about a bookworm and her dream to live surrounded by books? This impressive 29-book series was written for bibliophiles in mind. It also boasts a manga adaptation and three seasons of an anime television series. 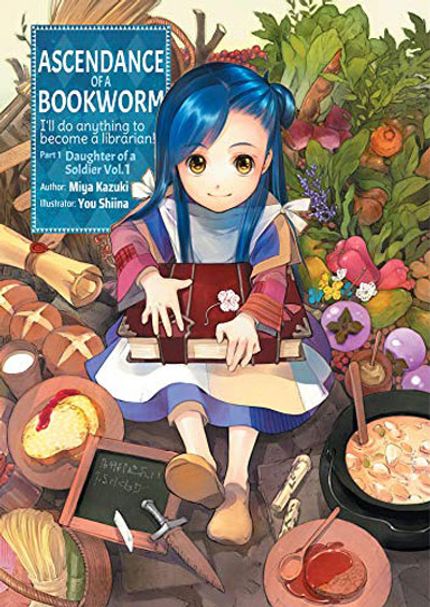 I'm in Love With the Villainess

After Oohashi Rei works herself to death in her office job, she discovers she’s reborn in her favorite dating sim. When she played, she never had eyes for any of the princes. She only had eyes for Claire François—the main antagonist. Instead of playing the way the game wants her, Oohashi uses her knowledge of the game and her love for Claire to do what she always dreamed of doing: seduce the villainess.

I’m in Love with the Villainess is a fairly recent series, but its unflinching embrace and discussion of LGBT identity earned it a steadfast readership. The fifth and final novel in the series arrived on U.S. shores in October 2022. 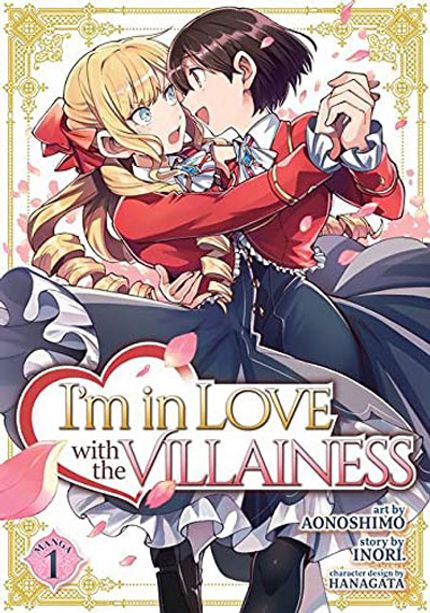 Rise of the Weakest Summoner

When passing through the burning ruins of Teira, a young woman finds a baby in the wreckage. Because she’s the only survivor, she takes the baby to raise as her own. Years go by and Asterios decides to embrace being a Summoner out of his love for magical beasts. But passion and ability are two very different things. After a life of failure, seconds before his death, his life is saved when a powerful and unusual summon answers his call.

This three-book series features a sweet romance, a caring protagonist, and a fierce girl on a fun adventure where they learn and grow. 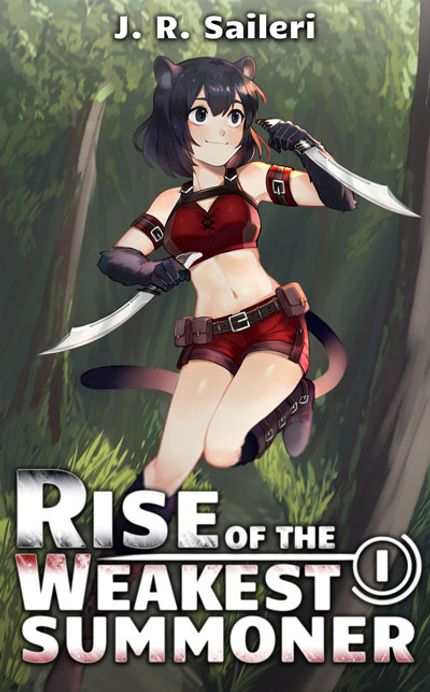 Kino travels through her world with her talking motorcycle, Hermes. Their rule is to never stay in any country more than three days. Each country gives the reader a glimpse into loneliness, oppression, tragedy, and beauty through a fairy tale-like lens while exploring allegorical lessons. The series has more than 23 novels, several anime adaptations, two visual novels for Playstation, and a spin-off series. 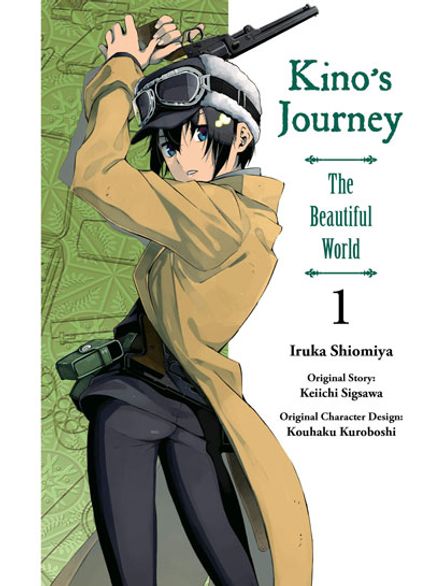 After only a day and night of fighting, the kingdom of Parros is toppled by their neighbor, the Archduchy of Mongaul. The young twins, Rinda and Remus, are the only surviving royalty. They’re forced into to hide in the forest where they’re saved by a creature with a man’s body and leopard’s head. He was forced from a deep slumber and only remembers his name: Guin.

The Guin Saga is the longest light novel series with over 145 volumes, and claims to be the longest work by a single writer in the world. It’s an epic hero fantasy with two manga adaptations, and an anime series. 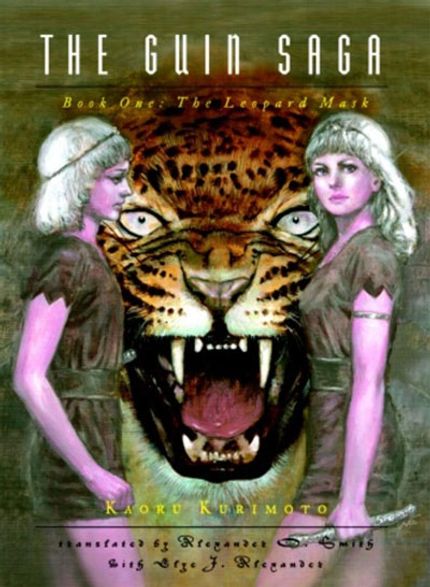 On his way home from the convenience store, Subaru Natsuki ends up in another world where he encounters several life-threatening situations, beautiful girls with silver hair, and cat fairies. He also ends up with the magical ability to time travel. Which sounds great—except he has to die to use it. 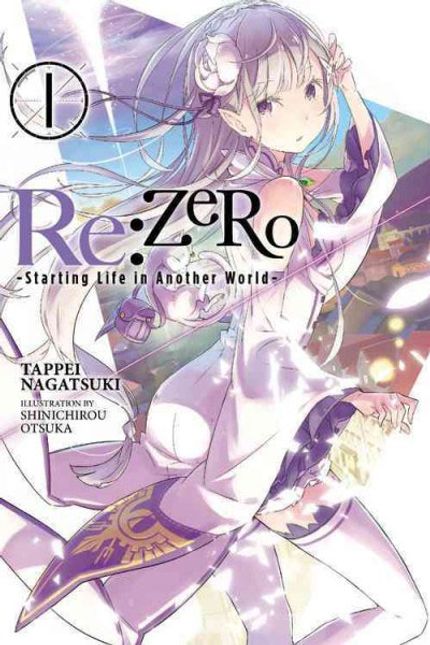