Take me to your leader.

Part of the reason we read first contact stories is for the chance to explore our humanity in new and unexpected ways. We see ourselves in how different or how similar these imagined alien species might be. So it makes sense that some of these out-of-this-world encounters would capture the most human of all experiences: romance.

Explorers Findriddy and Carson are sent to survey the far reaches of the planet. They take their cameras with them, allowing their rabid fans to watch their adventures from the safety of their homes.

When the pair encounter uncooperative aliens, they’re given a young intern who specializes in mating rituals, and an ambiguous alien guide. But as they venture deeper into the unfamiliar territory, they find themselves exploring far more shocking things—like sex and even love.

A charming story with plenty of absurd humor, Uncharted Territory is a delightful romp through an alien Wild West. 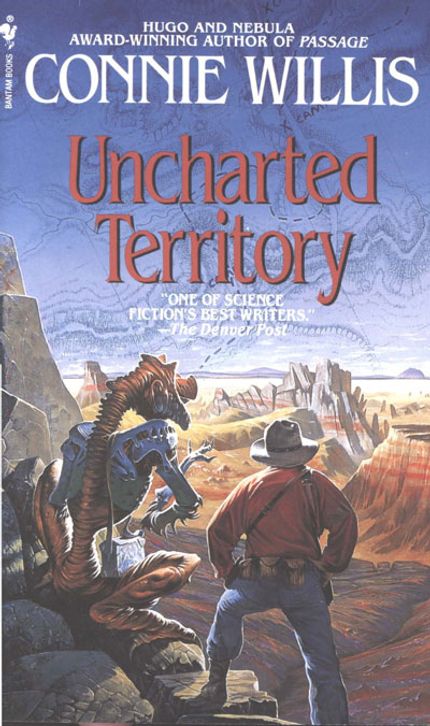 When aliens show up in the sky over Iowa, Captain Maxwell Davis is part of the armada sent to attack the invaders. When his jet is brought down, he's accidentally taken aboard one of the alien ships. Unfortunately, by the time anyone realizes the mistake, Earth is too far away to send the stowaway back.

Stuck at an alien spaceport, Maxwell takes a job as a nanny so he can buy a ticket home. But the supercomputer mistranslated nanny. And there’s a reason his new “ward” is willing to pay so much for the job.... 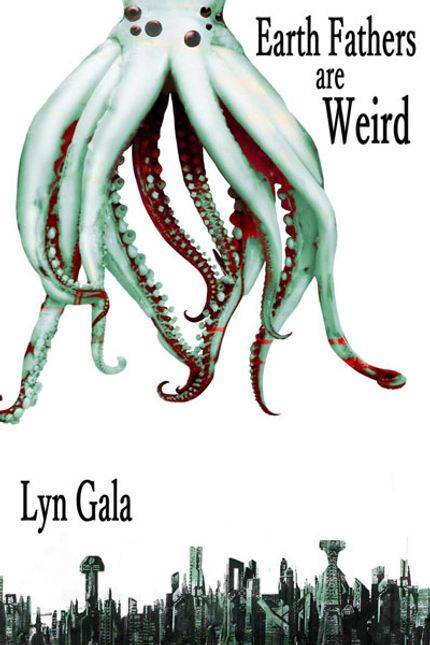 Zylar of Kith Balak is out of chances. He’s failed the annual Choosing four times already, and if he doesn’t find a nest guardian this time, he loses his chance to find a life-mate. In a desperate move, he signs up for a matchmaking service, but things go very wrong.

Beryl Bowman is definitely not an extraterrestrial. She’s a no-nonsense human working at a daycare center, and getting abducted by aliens was not something she ever thought was possible. But when she finds herself in a new world where she can have any eligible alien her human heart desires, she decides her new life may not be so bad after all. 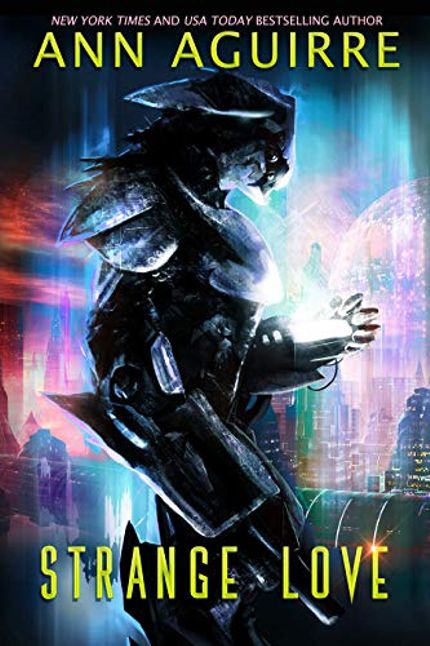 Mama and the Alien Warrior

Abby Wentworth walked away from her lucrative career and never looked back. She has a fulfilling life after adopting her orphaned niece and running a maternity home. But everything is upended when her home and all the women in it are abducted by aliens with nefarious goals.

Luckily, when they’re rescued by a dashing alien captain Hrebec and his crew, there’s no denying the attraction between him and Abby. Even though the women want to go back to Earth, Abby wonders if there might be a future—and a family—if she stays. 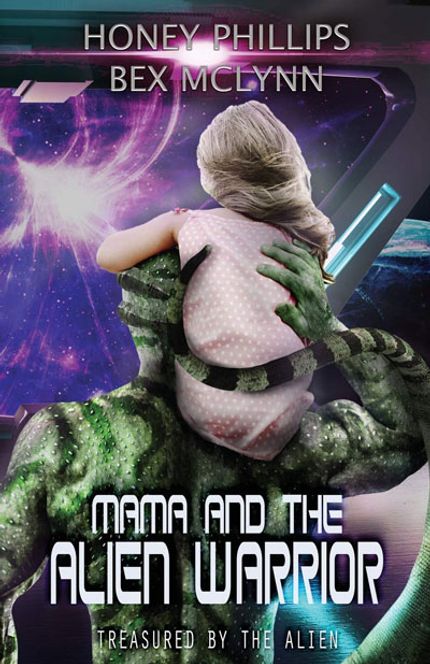 Georgie is kidnapped by aliens and thrown into a cargo bay with other victims. But before the women can find out what the aliens have planned, they are dropped into the middle of an ice planet.

Georgie goes in search of food and water, but she meets a large, blue, humanoid alien who is convinced she’s his mate. In fact, his entire tribe is looking for their mates. Now, Georgie and her fellow women have to decide if they stay and make a life with the blue aliens, or try to go back to Earth. 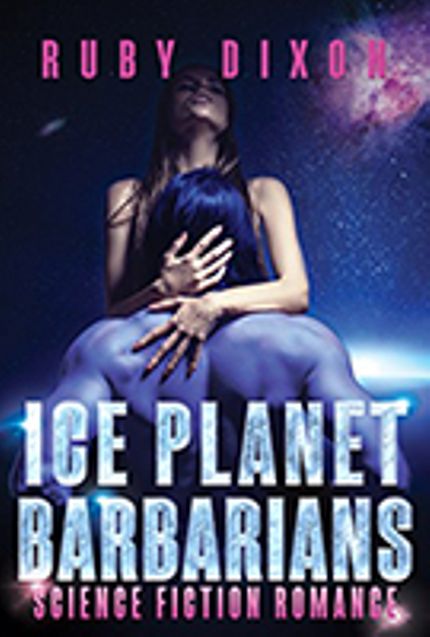 Lily just wants to run her grandmother’s farm. Instead, she wakes up in a cage surrounded by aliens.

Lily was taken by the extraterrestrials accidentally, and they dump her on an alien planet when they realize their mistake.

Frrar, Tor, and Arruk have been searching for a mate and are losing hope when they spot Lily. They’re immediately captivated by her, and curious about their differences.

A reverse harem romance, Chosen is a sweet story with caring characters who learn how to take care of each other. 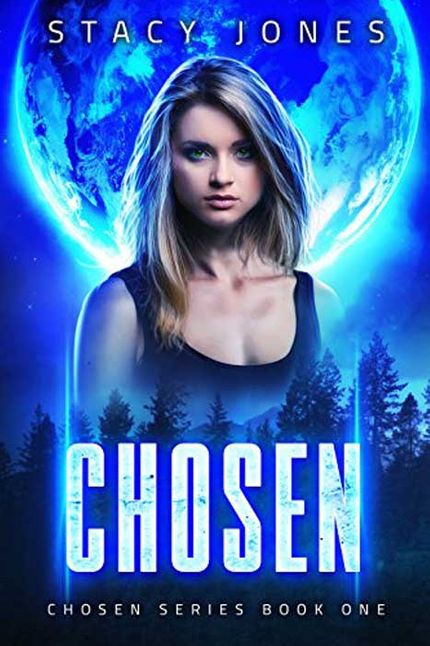 The world has learned that the government made first contact with an alien species years ago. Cora Sabino, the daughter of the whistleblower, believes she can get the uncommunicative alien to talk to her.

But their connection ends up being far deeper than Cora is prepared for. And might have devastating consequences.

The first in a trilogy, Axiom’s End is a quiet romance woven inside conspiracy theories and nonstop action that keeps the plot speeding towards an explosive end. 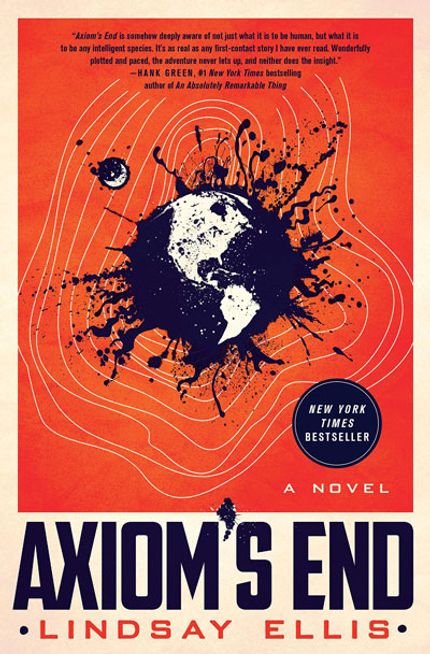 Victoria dreams of meeting a sentient alien species. As a member of a transorbital ship, it would be far more exciting than the microbes they’ve found on other planets.

But when an alien ship makes contact with her station, Victoria is suddenly pulled into negotiations. Her point of contact is Aderus, an alien who finds humans repulsive. But the more Aderus and Tori spend time together, the more they can’t fight their growing attraction.

This is a searing but slow-burn romance in which two species have to learn to overcome their preconceived notions of each other as they fall in love. 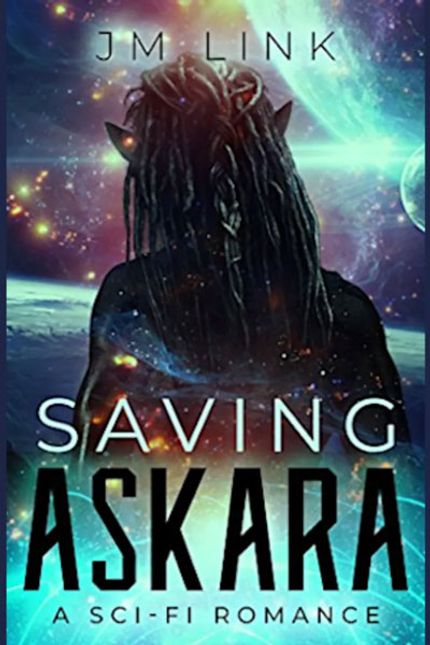 When the alien Kryptids make first contact with Earth, it’s to breed. Victoria is a small-town doctor trying to keep survivors alive in a make-shift hospital. And then more extraterrestrials land.

Doom is a genetically-engineered war alien who lives to destroy the Kryptids. He’s immediately drawn to Victoria, and promises to protect her as she tries to rescue her fellow humans.

Doom has been losing the war against the Kryptids, but Victoria and the humans might finally give him the inspiration he needs to prevail. 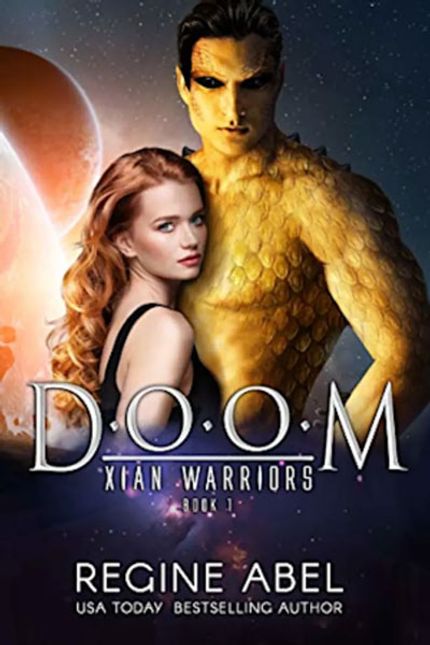 Nira is the newest planet discovered by Astrum Industries. They send Captain Alec Hamlin and his team to chart the territory and report back.

Almost immediately upon landing, the team meet the Kríe, a huge, fanged, horned, and seemingly-friendly alien species. But when they take Alec and his team captive, the explorers realize they were tricked. After the humans are dosed with aphrodisiacs, unexpected bonds begin to form and could be the key to changing the fate of humans and Kríe moving forward.

This is a very NSFW romance that ends with a such a shocking cliffhanger, you’ll be reaching for the sequel before the cover is closed. 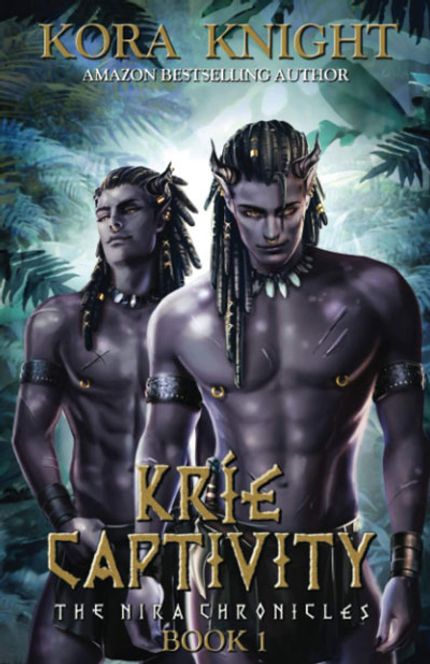 Drako was sent to survey Earth for one reason: to see if his species and humans can coexist. But when his ship malfunctions, he’s taken by the South African Secret Service, which immediately begins experimenting on him.

Nurse Ilse Gouws was only supposed to tend his wounds. But she knows the government is lying about who—and what—he is. As their connection grows, Ilse knows that if she doesn’t help Drako escape, he’ll die.

As she works to free him, Drako misunderstands her actions and believes she betrays him instead. Now, on the run from both the government and an alien, Ilse has to figure out how to convince Drako she didn’t betray him. Or die trying.