Your favorite anti-heroes are back. If you love the Guardians of the Galaxy movies, and the Marvel Comics they're based on, then we’re sure you’ve already nabbed your tickets to see the ultimate Avengers movie, Endgame.

The unconventional Guardians team is led by Peter Quill, also know as Star-Lord—a half-human, half-alien who was abducted from Earth at a young age. His companions include Gamora—an assassin who chooses good over evil; Drax—a warrior looking to avenge his family’s death; Rocket—a smart-talking, raccoon bounty hunter; and, last but not least, Groot, a tree-like humanoid. Obviously, the Guardians team is still recovering from events in Avengers: Infinity War and Avengers: Endgame. We're harkening back to happier days with this list of thrilling space opera books like Guardians of the Galaxy.

If you’re looking for more space operas featuring action, adventure, and a compelling cast of characters, these eight books like Guardians of the Galaxy are sure to hook you. 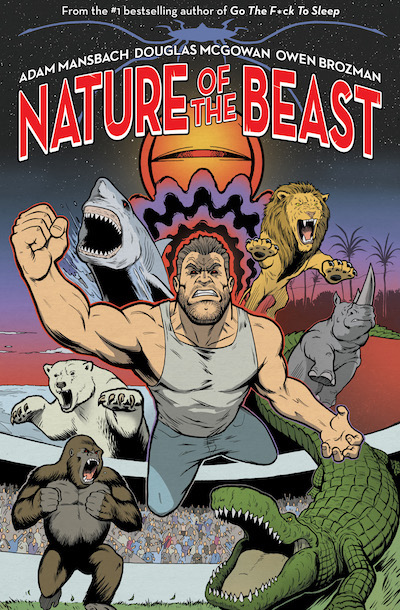 Nature of the Beast

Humanity is in danger. An alien race called the Zawa is on a bloodthirsty crusade to destroy life on other planets for their galactic god…and Earth is next. To determine Earth’s fate, the Zawa will face off in hand-to-hand combat with Earth's chosen champion. Media titan Milan Marlowe organizes a fight to the death to find the victor. No one would have suspected that Bruno Bolo, an alligator wrestler, just might be humanity’s only chance at survival; but then, no one expected much from Peter Quill either…

Nature of the Beast

Want more great science fiction? Sign up to get our recommended reads sent straight to your inbox. 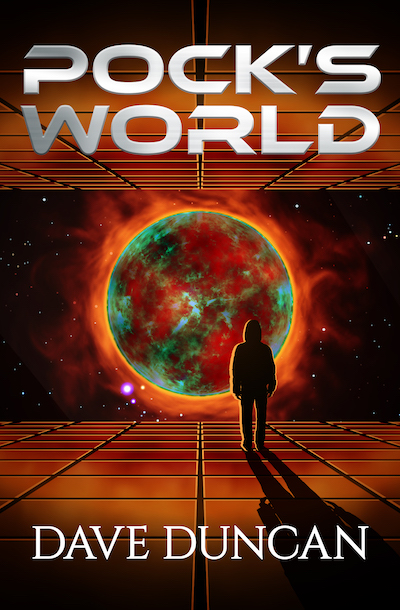 Like Guardians, Pock’s World features a band of five unlikely people chosen for a mission. In this story, the rag-tag crew is tasked with traveling to a quarantined land to determine if it should be sterilized of all life. Years ago, Pock’s World was settled by humans; but now, it may be infected by aliens who want to use humans as incubators for their parasitic alien spawn. These five chosen travelers each have their own agenda…and what they find on this complicated planet is unexpected. 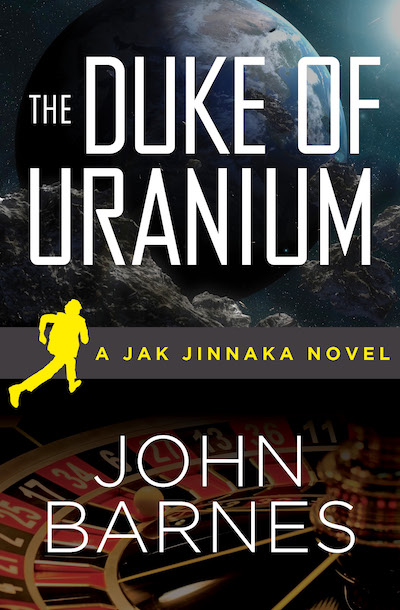 The Duke of Uranium

Jak Jinnaka has spent his teenage life in the 36th century partying with his beautiful girlfriend Sesh, spending his uncle Sib’s fortune, and not carrying one bit about school. But that all changes when Sesh is kidnapped, and it’s revealed she’s actually Princess Shyf of Greenworld. Little does Jak know, his Uncle Sib is actually a spymaster, and that Jak’s maiden mission into the family business will be to rescue the princess from the Duke of Uranium.

The Duke of Uranium 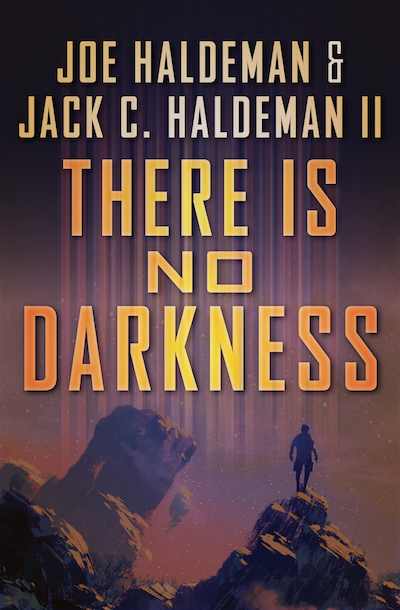 There Is No Darkness

When Carl Bok is offered a one-year scholarship to Starschool, a space-traveling institution, he’s overjoyed to finally escape the perils of his home planet Earth. But while still on Earth, an unforeseen need for funds forces him to become a professional fighter—and temporarily set aside his education. As Carl fights for the entertainment of others, he uncovers unexpected alien agendas at work in this epic science fiction adventure.

There Is No Darkness

If you loved the humor of Guardians of the Galaxy, then The Makeshift Rocket is a must-read. When the crew of the Mercury Girl is taken prisoner by a band of Irish revolutionaries, the ship’s engineer, Knud Axel Syrup, thinks it could be much worse—at least there’s plenty of beer, right? But Syrup has a plan, and with the help of a few people, he plans to pull off a daring escape in a ridiculous spaceship made of anything he can find. 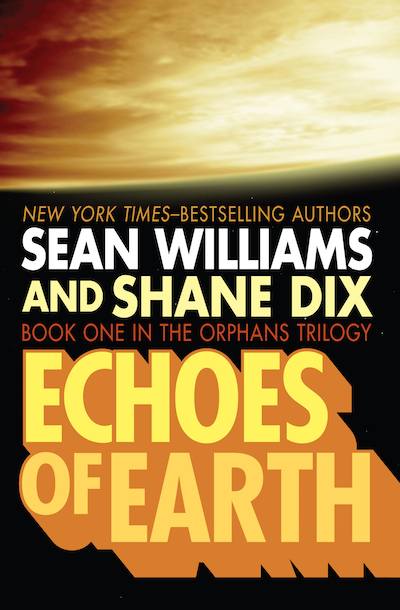 By Sean Williams and Shane Dix

Peter Alander has been in space for a long time. Aboard the Frank Tipler, just one of a thousand survey vessels tasked with seeking habitable worlds and signs of advanced life, Peter is stuck with forty flawed electronic copies of human beings…and no one from Earth has responded to signals for a century.

But when Peter makes a discovery of epic proportions, he’ll have to determine what it means for humanity. The first in the Orphans Trilogy, there are still many more to read in this series.

By Sean Williams and Shane Dix 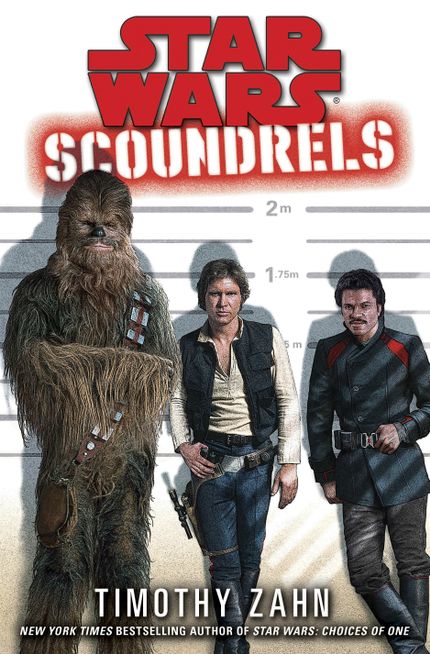 You can’t talk about space operas without mentioning Star Wars. Set after A New Hope, this novel by the acclaimed author of Heir to the Empire follows a down-on-his-luck Han Solo, who has gambled away all of his reward and still owes Jabba the Hutt. When a mysterious stranger offers a ransom in exchange for Han’s help with a caper, Han enlists Chewbacca and Lando’s help to infiltrate the galaxy’s least crack-able safe. 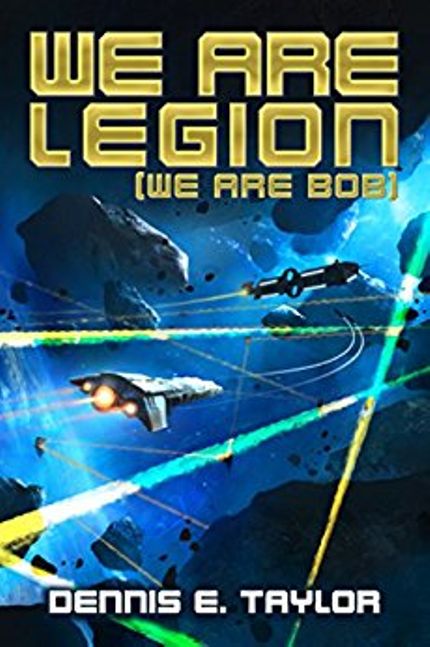 We Are Legion (We Are Bob)

The first book in the Bobiverse series follows Bob Johansson–a man who is looking forward to retirement, but is killed in an accident during one of his first days of freedom. He wakes up a century later to find that “corpsicles” are the property of the state, without human rights, and that he has been uploaded into computer hardware in order to be the first controlling AI searching for habitable planets. If Bob rejects this opportunity, he’ll be switched off. He thinks the safest place for him is far, far away form the oppressive Earth, but little does he know that space is full of beings that hate trespassers.

We Are Legion (We Are Bob)

Want more great science fiction? Sign up to get our recommended reads sent straight to your inbox.

This post is promoted by Open Road Integrated Media.Thank you for supporting our partners, who make it possible for The Portalist to celebrate the sci-fi and fantasy stories you love.

Marvel EntertainmentAvengers: EndgameGuardians of the Galaxyspace opera
Published on 26 Apr 2019