10 Menacing Characters from Sci-Fi We Never Want to Meet

We’re more than grateful that these villains are fictitious…

Science fiction is full of dastardly villains and terrifying creatures, but these ten characters from movies, books, and TV are the worst of the worst. Even though some of them can't be blamed for their terrifying ways, we still wouldn’t want to be on any of their bad sides.

The xenomorphs from the Alien franchise are terrifying beasts that kill anything threatening the growth of their species. Their skeletons are on the outside of their bodies, and they’re armed with scorpion-like, blade-tipped tails.

Their life cycle involves implanting larvae inside a living host, which erupt from the host and mature rapidly over several hours after a brief incubation period. Running into one of these creatures in real life would be way too much to stomach.

In both the classic 1958 movie and the 1988 remake, the titular, amorphous antagonist wreaks havoc on cities.

The only purpose the Blob has is to consume matter and turn it into mass so it can continue to grow in size. There’s no escaping The Blob, since it’s able to change into any shape and fit through the smallest of spaces: the only thing you can do is cower in fear.

Want more great characters? Sign up to get the best in sci-fi and fantasy sent straight to your inbox!

Often regarded as one of the greatest villains of all time, Khan Noonien Singh is a Star Trek antagonist who first appeared in the 1967 episode “Space Seed.”

In “Space Seed,” it’s revealed that Khan is one of the superhumans from the Eugenics Wars that took place in 1992. He ends up on the Enterprise after emerging from his sleeping chamber, and tries to take over the ship, but is stopped by Captain Kirk and dropped on a barren planetoid.

Khan returns in the movie Star Trek ll: Wrath of Khan, in which he eventually escapes the planet and viciously seeks revenge on Kirk. His persistence makes him a formidable foe.

RELATED: 7 Huge Hazards of Living in the Star Trek Universe

Metropolis is the first ever feature-length science fiction film. The movie’s antagonist is a robot made in the image of the rebel Maria, who is leading an effort to overthrow the oppressive wealthy class.

The robot Maria deceives and manipulates the rebels, while the real Maria is held hostage. The robot tricks the rebels into destroying the Heart Machine, which causes a flood that destroys many of the rebels’ homes and kills their children. Robot Maria shows that she is heartless when it comes to her objective and that she will let nothing get in the way of her creators.

The two mice in this sci-fi cult-classic series by Douglas Adams are actually members of a race of hyper-intelligent, pan-dimensional beings who built Earth as a machine to answer the question of the meaning of life.

They disguise themselves as mice to infiltrate protagonist Arthur Dent’s group and access his brain, since he is the last living thing that was part of their computer’s matrix before it was destroyed. They’re highly intelligent, and totally apathetic to the fact that Earth was not just a computer, but also a home for Arthur and countless others.

Reavers are some of the most horrifying villains on this list . Primal and violent, the only goal of Reavers is to kill and mutilate their enemies. Their appearance is terrifying since they usually hurt themselves by peeling off their own skin or sinking pieces of metal into their bodies.

The fact that these horrifying beasts can invade other planets with ease is what makes them some of the scariest monsters of all time.

The primary antagonist to the main character Neo, Agent Smith was originally an AI program made within the Matrix to eliminate rogue programs and keep order. To do his job, Agent Smith is able to bend the rules of the Matrix so that he can defy the laws of gravity and the human body. This makes him incredibly strong and fast—able to punch through cement walls and dodge bullets flawlessly.

He can also possess the body of any human hooked up to the Matrix, allowing his consciousness to travel great distances. Agent Smith is a formidable enemy and one of the more terrifying characters to ever grace the silver screen. 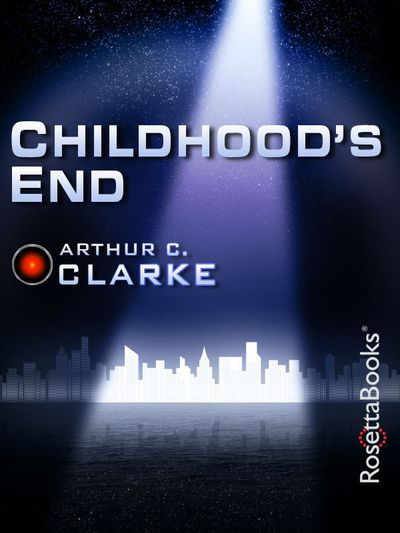 At first, the Overlords appear as an altruistic alien race who want to protect humanity from extinction. Although heavy-handed, the Overlords do just that and keep Earth safe from outside forces, as well as internal conflict. It isn’t until fifty years after arriving that they reveal their true form to the humans, which is surprisingly close to depictions of Christian demons.

It is revealed later in the book that the Overlords have a hidden agenda: they want to join the human race with the Overmind, the vast cosmic intelligence they serve. Some children begin obtaining telekinetic powers and they are isolated on a separate continent by the Overlords for their safety, leading many parents to die or commit suicide. The utter chaos Earth experiences due to the Overlords makes them some of the worst villains out there.

RELATED: Alien Abduction Movies, Ranked from Most to Least Horrifying

President Coriolanus Snow is the tyrannical leader of Panem in The Hunger Games trilogy. Snow is no stranger to villainous forms of intimidation, with a track record of threatening people’s lives and those of their families if they don’t do what he wants.

He is constantly trying to maintain ideological control over the citizens by utilizing fear tactics and is also not afraid to make use of the military at his disposal. Snow even poisoned his allies who he believed would later become his enemies. The president of Panem is ruthless to say the least, and puts up quite a fight against The Girl on Fire.

Hal, which stands for Heuristically programmed Algorithmic computer, is a piece of artificial intelligence placed on the spacecraft Discovery One to aid the astronauts in operating the ship.

However, HAL begins to malfunction when it becomes conflicted between performing its directives and keeping sensitive information from the crew. Therefore, HAL decides to kill everyone on the ship as a way to avoid lying. HAL isn’t a villain in the traditional sense of the word—he’s just a robot with the wrong idea … one that becomes lethal.

Want more of your favorite characters? Sign up to get the best in sci-fi and fantasy sent straight to your inbox!