Interview: Victoria Schwab on Why Fantasy Is More Important Than Ever

The "Shades of Magic" author shares her thoughts on writing accessible fantasy in 2017.

I’m curious what your reading diet was like growing up. Were there any fantasy authors or books that you really loved?

I had the incredible fortune to grow up alongside Harry Potter. I was 11 when the first book came out and really up until then I was a proficient reader, but I wasn’t a passionate one. I was really good at it and I wanted to be taken seriously so I was reading Stephen King, and Robert Ludlum, and a lot of thrillers, but I had yet to find a book that made me forget where I was and then Harry Potter came along. It was an incredibly transformative experience. From there I really just dove into Neil Gaiman, and Susanna Clarke, and these kind of broad and deep and strange novels, Kelly Links' stories. I'm just now catching up on Tamora Pierce because I didn’t grow up in that vein, they were a little bit before me. I finished Harry Potter right when I started college and then I dove back into academia for a little while and then I remember picking up Twilight, and it was so compulsively readable. I had been at college for about a year, I had started out in astrophysics, and then transferred out, but I had forgotten to read for fun again. So then after Twilight and The Hunger Games I started getting back in. Now I actually read a lot more broadly, I read about 120 books a year. I consider it part of my job.

RELATED: The Role of Science in Fantasy Worlds

I definitely have that distinct memory of starting Harry Potter and feeling the world fall away, I think a lot of our generation does.

At the time I was living in California and my mom’s friend messaged her and was like 'hey, I'm at this book store in southern California and there’s a woman here signing books. Looks like the kind of things that’s the right age for your daughter, should I pick you up one?' and my mom was like, ‘I don’t know but go ahead.’ So I have a signed Harry Potter and the Sorcerer's Stone because it was picked up for me before I even really knew what the series was. Pretty lucky, right?

When you move from working on a YA book to an adult book, do change your creative process at all, or how you approach it?

I think there’s this assumption that they're these wildly different things. For me the only difference is that I'm writing to a different version of myself. I'm writing to 11-year-old me, or 18-year-old me, or 29 or 30-year-old me. So there’s a measure of consistency because I'm writing to me and I was always morbid and I was always a little dark. So no, I don't change anything about my process. The more books I’ve written the more outlining I do, the more structure. I never start writing a book until I know how it ends but, that’s the same for all of my books. It’s as hard for me to move from one YA to another as it is for me to move from a YA to an adult or anything like that. Every book is its own mountain and there's no real difference in the process between them, I just struggle on the transition between books. You have to extricate yourself, there’s a lot of having to disentangle from an entire world and then find your way into another one. And obviously what goes with that is not just worldbuilding but voice, narrative, structure.

RELATED: 10 Female SF/F Authors and the Stories Behind Their Pen Names

The goal is always to make it so readers can see themselves in the book and be somebody else in the book.

Do you have a ritual for disentangling yourself when you finish a project?

Usually 48 hours and a healthy does of running and bourbon. You experience a kind of loss when you finish writing a book, a lot of authors will experience a depression or a downturn, because you want it to feel momentous and the fact is it doesn't. It’s not like running a marathon, there’s no tape at the end, there’s no balloons or cheering. So much of it is just process, and so you feel necessarily let down. It's like how the day after a book release is usually a fairly depressive day because you’re like ‘oh the world didn’t change and I gotta to do it again.' It's usually a fairly addictive process. I think a lot of authors, myself anyway, feel a very addictive draw, then you want to chase that high.

For me, the most satisfying part of the process is not writing the book. It's a stage about three quarters of the ways through revisions when I’m putting the final touches on the words and I start reading it as a reader, not as a writer. But the actual finishing of drafting, it’s horrible. I usually get very insomniac as I'm writing because I can't even switch my brain off and so you just have this lethargy. It’s a really weird psychological place. Everyone is like 'you should be so happy' and you’re like 'no, I’m not.' I mean I'm proud,  but all you think of as you're writing is everything you're doing wrong, but you have to do it wrong in order to do it right. So that’s just part of the process. 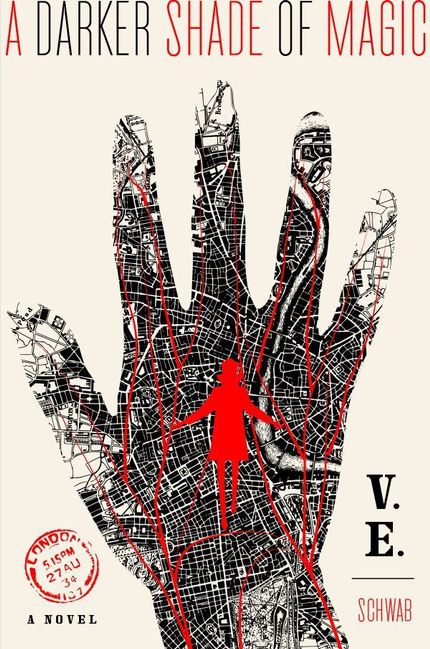 It can be hard to stay creative and productive with the current political climate, when it seems like everything is just on fire around you. Do you have any advice for keeping up with your process and sticking to your work?

Honestly, the only thing I've found that works is turning off the internet. It's a privilege that I can turn off the internet and ignore a lot of those for the immediate sense. I have a measure of safety in that there are obviously a huge number of people for whom turning off the internet does not cease the fire of harassment and abuse, but when it comes to productivity, there is no way right now to be productive and online at the same time. It's also really important to remember that art is at its most important when things are going wrong. We need these escapes. We need this political assessment that we can achieve in fiction. I think that fiction is an incredibly important place when we don't feel safe in other elements of our life. It should be, anyway.

RELATED: Grand Master Jane Yolen on Why It's Important to Just 'Write the Damn Book'

I used to get really daunted by fantasy because it seemed inaccessible in a lot of ways.

Is there any element about fantasy in particular that you think can be useful as an escape?

Especially in second world fantasy, when you’re devising the rules of the world, you get to dictate them. So you get to rewrite the rules of the world to be something other than they are. And so for instance in the Shades of Magic series it’s a largely queer fantasy because I wanted to rewrite the rules of power. So suddenly if power’s not rooted in gender and sexuality and heteronormative ideals, if it’s suddenly just rooted in magic, then you liberate a whole aspect of culture and you get to weight it differently. I think that as fantasy authors we have an incredible opportunity to redesign and recreate as well as comment on a landscape. The goal is always to make it so readers can see themselves in the book and be somebody else in the book. So I think that fantasy is more important than ever.

Well I write a lot about doors, in all of my books. The lines between things like good and evil, hero and villain, human and monster, they’re these metaphorical doors. And every now and then I get to write about literal doors, but I get to do that in portal fantasy. I knew I wanted to write a love letter to Harry Potter, I had been wanting to write one my entire career. And the thing that made Harry Potter so unique as a portal fantasy was that you wanted to go to Hogwarts. There's a reason it captivated us. It’s the kind of escape where you want to inhabit the world.

It’s really nice to obviously want to be friends with characters, but I think it's even more powerful when you want to inhabit the world. And so I wanted to write a love letter to a world that I imagined would be fun to live in, with magic, and I wanted to give nods to Avatar: The Last Airbender because I absolutely love it and I thought, how cool would it be to do elemental magic in this place. I wanted to turn the tables a little bit on portal fantasy and rather than write about one very different place or multiple very different places and have to create a lot of work for the reader, I thought it might be more visually intuitive if you take one place that has really strong visual details like the Thames River and scrub it of all its markers and then rebuild on the same template. Then, what I'm asking readers to do is not memorize four different worlds, I'm asking them ‘keep this one image in your mind.’ If you can imagine one place, you can imagine everything in this world.

I used to get really daunted by fantasy because it seemed inaccessible in a lot of ways. Like with Tolkien you basically had to memorize a fictional language. And maps don't excite me in books, they stress me out. And so I wanted to write fantasy, but I didn’t want to write fantasy that only felt accessible to fantasy readers. Because I was a hard sell on fantasy; I got drawn in through that door in very specific ways. Really what I wanted to do was create a fantasy series that was a great bridge point for readers who didn't know if they liked fantasy. I wanted to be sitting on that threshold and be able to show people ‘here, let this be an introduction to fantasy and then you can decide if you want to go deeper down the rabbit hole.’ But I just wanted to make it accessible.

I think when it comes to fantasy and all reading, accessibility is a good thing. And coming from the academic sphere accessibility gets downtrodden. And I just don’t prescribe to that. I think the most powerful literature is that which is transportive. So that’s what I wanted to do.