The Role of Science in Fantasy Worlds

Whenever I get together with fellow fantasy authors, I’m always surprised by how many of us actually love science. From rhapsodizing about chiral forms of chemicals to discussing the life cycles of fungi, we can be a very, very geeky bunch. And it’s not unusual for some scientific trivia or discovery to spark an idea for a story. (New finds showing the extent to which many dinosaurs were feathered certainly informed my book The Long Past & Other Stories, as did the scientific history of radium and the wireless telegraph—aka the radio.)

The Long Past & Other Stories 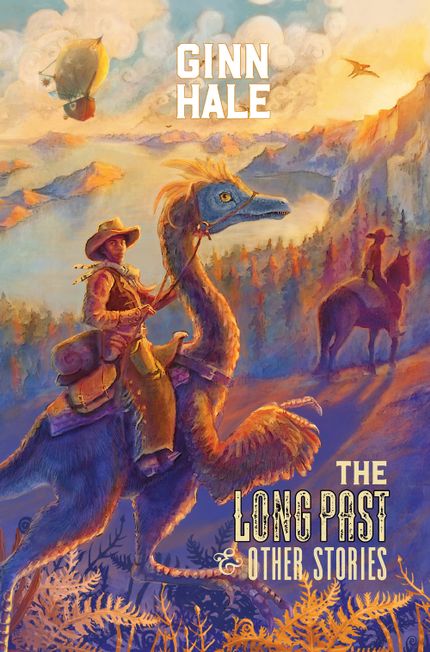 Some fantasy genres even require a dash of science. The majority of steampunk books will involve some form of engineering. Havemercy by Jaida Jones boasts mechanical dragons, while urban fantasy commonly incorporates modern technology—often in the form of criminal investigation—adapted to supernatural creatures. Rivers of London by Ben Aaronovitch is a lovely example of a seamless fusion. Even some grimdark sword and sorcery novels such as Richard Morgan’s The Steel Remains toy with scientific concepts like that of intergalactic travel and alien life spans.

RELATED: 8 Books That Will Make You Fall for Hard Science Fiction

On the surface, all this scientific information in fantasy novels would seem like a contradiction. After all, we fantasy authors make our livings spinning tales of magic; one might expect that we’d be more invested in the mystic and supernatural. But here’s the thing: Science in our real world does something very similar to magic in most fantasy realms. It lays bare the ways systems function while also illuminating the wonders of them. Both magic and science present wisdom as a kind of power. (I don’t think that it’s a coincidence that all across human cultures magical rites and rituals are practiced as a means to unlock profound insight and secret knowledge.)

Most fantasy books that features magic will have the dictates of magic serve the same roles that physics or chemistry play in our world. For example, in the real world solar energy drives our winds and weather. But in a fantasy world perhaps the weather is powered by a colony of huge dragons that churn up the sky. Magic might have to be employed to discover their nests, high in the clouds, and perhaps it will prove the key to calming the creatures before they destroy any island nations.

But this all gets tricky when an author introduces real world science into a magical fantasy story. Then everything can get a bit wobbly. I don’t mean wobbly in a scientific or magical sense, rather as in that slightly queasy feeling an author gets as she ponders merging opposed elements into a tidy manuscript. I have quite a bit of experience with being wobbly, since a number of my books focus on scientifically minded protagonists confronted with magical worlds. (One poor ecologist even has to come to terms with being a god.)

Want more fantasy books? Sign up for The Portalist's newsletter and get stellar stories delivered straight to your inbox.

Of course there will be some books that simply introduce science to dismiss it. These often also requires readers to ditch all their reasoning skills and just hang on while the author leads them through a warren of personal whimsy, free-association, and nightmares. William S. Burroughs does this quite well in his novel The Wild Boys: A Book of the Dead, but it’s an acquired taste and not what most people think of as traditional fantasy writing. I prefer to embrace science in my fantasy novels. That’s partly because I just love science, but more importantly because it affords me a fabulous means to actually describe and explain the magical rules of my worlds.

If a world really were magical, then the science of that world would discover as much. Scientists in a magical world would want to test and describe the parameters and limits of magic. So, when I needed to explain the mysterious ‘white hell’, in Lord of the White Hell, I was able to use the character of Kiram, a young engineer, to study the characteristics of the magical force and the young man who possessed it—Javier. Kiram was understandably distracted by Javier’s personal charm, as well as a murderous curse, but eventually his understanding of magic through the application of the scientific method allowed Kiram to triumph.

Related: 8 Epic Fantasy Book Series That Deserve to Be Discovered

In The Long Past & Other Stories, the character of Grover isn’t a scientist, but he’s practical and a problem solver so that when he’s confronted with a magically caused rift in time—as well as flood waters and dinosaurs from the Cretaceous era—he applies logic and reasoning to work out what needs doing. But the presence of science isn’t just felt in problem solving, it’s also a powerful embodiment of human curiosity and wonder. Endowing characters and cultures with scientific values can actually enrich the magical qualities of a story.

Consider flight. It seems almost magical to witness a hummingbird zip through my garden. But when I discover that they are beating their wings 40 times a second, the truly astounding nature of theses animals begins to sink in. They move their wings so fast, so furiously, and at just the perfect angles to generate tiny tornadoes, which they extend into the air around them and use like additional wing lengths. They’re like miniature storm-gods riding cyclones of their own creation! All the while their hearts are pounding 1,200 beats per minute. Their cells sear through oxygen at a rate twice that of a sprinting cheetah. They balance on a razor edge of aerodynamic design and energy expenditure to simply feed from my flowers.

Understanding just those few facts transforms my idea of these small shimmering creatures and fills me with wonder. And, of course, that is exactly what I want my readers to feel when they enter the fantastical realms of my books.

Award-winning author Ginn Hale lives in the Pacific Northwest with her lovely wife and their ancient, evil cat. She spends the rainy days admiring local fungi. The stormy nights, she spends writing science-fiction and fantasy stories featuring LGBT protagonists. (Attempts to convince the cat to be less evil have been largely abandoned.)

Want more fantasy books? Sign up for The Portalist's newsletter and get stellar stories delivered straight to your inbox.