June is Pride Month, I just found out Labyrinth Lost (an amazing YA novel about a bisexual teenaged bruja from Brooklyn) has a movie option, and Oversight—the second book in The Community, my queer psychic trilogy—came out on June 26. What do these things have in common? Queer power, inclusive representation, and the paranormal. My book doesn’t have a movie deal (although, I did find out it will have an audiobook with a terrific narrator), but I’m inspired to discuss badass queer characters from paranormal universes within books, comics, and TV.

Charlie is the kind of character you love from the get-go, especially since Felicia Day played her. In a series that had a tendency to ignore or use queer characters as the butt of a joke, Charlie was a breath of fresh air. She loved fandom, she was smarter than just about anyone else in the vicinity, stole scenes like it was going out of style, and she casually came out as a lesbian. Unfortunately, the show killed her off (really? REALLY?), and I quit watching.

RELATED: How Gay Is Your Geek TV?

If you watched Buffy the Vampire Slayer and didn’t love Willow, you’re watching TV wrong. She was the archetype of “nerdy sidekick”, but she was smart, snarky, and brave as hell. Seriously—out there fighting vampires in cardigans. As the series went on, she evolved into a powerful witch to be reckoned with and was an out-and-proud woman loving woman.

Constantine is another wise-ass cynical comic book hero, but one who has been canonically bisexual for a long time. The show and movie erased it, but there was an entire storyline about his romantic past with a man in Ashes & Dust in the City of Angels back in 2002, and in more recent comics the writers have openly included it.

There has been a lot of debate over whether Deadpool is pansexual (or omnisexual as the creator stated), but I’ve considered the character queer since I became obsessed with him ages ago. Not because it was outright stated (although it was made canon recently), but because the cues were there. He flirted with everyone in a way that went beyond a joke, and it made me love him even more than I already did because he was a wise-ass.

How can you not love America Chavez? She’s openly queer, she’s Latinx, and she’s written by Gabby Rivera, the author of Juliet Takes a Breath —which is stunning. America was originally in Young Avengers and now has her own comic. Let’s hope she gets her own show or movie next (or both!).

Xena: Warrior Princess is a definitely-hokey 90s show about Greek mythology, but it will forever hold a place in my heart. I even have a full season on DVD in a box set. And an action figure. I’m a fan, okay? But besides Xena being a total badass who beat up gods and warlords across Greece, she and Gabrielle were an amazing couple. They went from best friends (with an early emergency heterosexual love interest!), to the writers making it abundantly clear that they were in love. I’m talking on-screen kisses. It was never stated outright, but it’s basically canon.

RELATED: Geek TV's Stars and Writers Share the Books That Inspire Them

True Blood, the show, had a lot of issues, but queer rep wasn’t one of them. It queered up the source material (the hilarious paranormal book series by Charlaine Harris) every which way, including making the studly vampire Eric Northman bisexual. He had at least two on-screen sexual encounters with men that I can remember, and one of them was a full-on sex scene. What I liked about this was that there was no real lead up or “warning.” No very special episode of True Blood where they prepare straight viewers for Eric banging a dude. It was just in the scene.

Okay, we’re about to get a lot of True Blood, but … what can I say? I’m not sure whether Pam was bisexual or a lesbian, but she was always shown with women despite her appearing to be in love with Eric. And she was a total badass vampire who was not here for your nonsense. When she turned Tara into a vampire (another total badass who loved calling Sookie, the main character, to the carpet), I was hoping they would be a vampire power couple. The two did develop a physical relationship, but only briefly.

This is the queer paranormal power couple I was waiting for. Lafayette is a fabulous out-and-proud short order cook who will kick your ass in the restaurant if you throw shade his way, but he’s also a medium. Jesús is his handsome love interest, and a brujo. Separately, they’re powerful and awesome. Together, they’re smoking hot. Even after Jesús becomes a ghost.

I specified the "book series” for a reason! In A Game of Thrones, book one of the A Song of Ice and Fire series, Renly is a serious hero. He is charming, an amazing warrior, and isn’t afraid to openly mock his snotty little nephew (the evil prince Joffrey) in an open court. It gets even better in book two when he goes full queer and has the Rainbow Guard. It's never out right stated that he’s gay in the books, but the show made it canon. They also ruined his personality, but at least he did have some hot scenes with Loras.

Want more fantasy or sci-fi TV stories? Sign up for The Portalist’s newsletter!

Santino Hassell was raised by a conservative family, but he was anything but traditional. He grew up to be a smart-mouthed, school cutting grunge kid, then a transient twenty-something, and eventually transformed into an unlikely romance author.

Santino writes queer romance that is heavily influenced by the gritty, urban landscape of New York City, his belief that human relationships are complex and flawed, and his own life experiences. 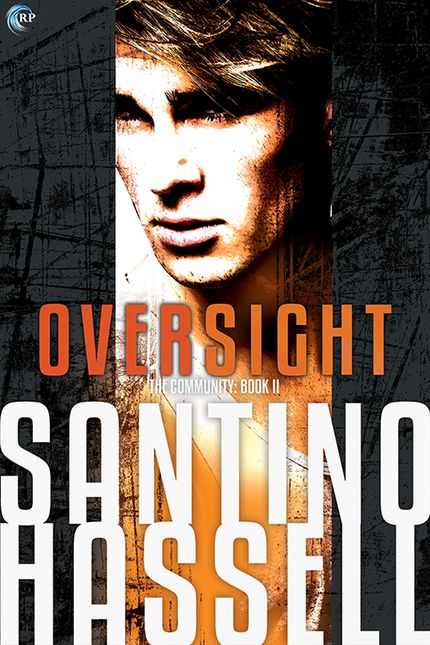