Unsure where to start with Valdemar? We're here to help.

Mercedes Lackey is the mind behind one of the most expansive fantasy series on the market. With over 100 titles spanning over 3,000 years all in the same fictional universe, the Valdemar series will keep you entertained indefinitely.

Of course, with that many entries, knowing where to start can be a daunting task. Lackey's newest books, Beyond and Into the West are the first two books in the Founding of Valdemar series—but her first foray into the  Valdemar universe was back in 1987. To help new readers with their journeys into Valdemar, we’ve chosen the novels that are the most essential—and most beloved—of Lackey’s work. With over a dozen series, two standalone novels, and a collection of novellas and anthologies containing short stories, there’s no end to the classic fantasy delights to be explored.

Arrows of the Queen

The series kicked off in 1987 with Arrows of the Queen, the first book in the original trilogy.  Readers are introduced to Talia Sensdaughter after she refuses her societal duty to marry at 13 years old. While hiding from her family she encounters Rolan, a Companion who Chooses her, and thus begins the journey into Valdemar.

In Valdemar, Talia is able to begin training as a Herald, the destiny that summoned her away from her tight-knit community and meets young Princess Elspeth, a character in three of the Valdemar series. You can’t go wrong with the very first entry into the Valdemar series—it will quickly immerse you in the deeply felt world conjured by Lackey. 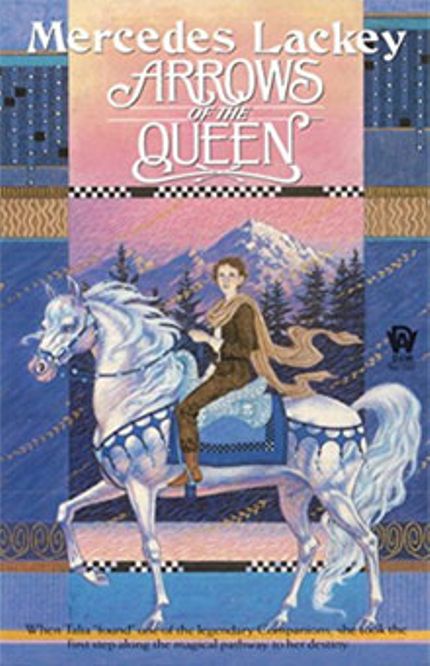 After the completion of the first trilogy, Magic's Pawn was released in 1989. This began an entirely new series taking place centuries before the first. All new characters and all new stories also set in the world readers came to love. The events of the Last Herald-Mage series are considered legend to the characters in the original trilogy, giving its readers an opportunity to feel themselves more wholly in the world of Valdemar, its fables, and its people. The Valdemar world has been optioned for a sprawling television adaption, beginning with Magic's Pawn—making it an even better introduction to the world for new readers. 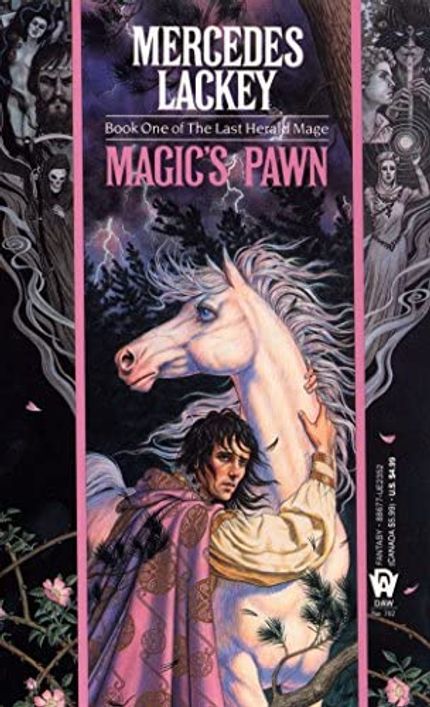 The same year the original trilogy ended, its immediate prequel series began. The Oathbound was the first book in this new series focusing on the characters Tarma and Kethry.

Tarma and Kethry first appeared in the Sword and Sorceress anthology series edited by Marion Zimmer Bradley (one of Mercedes Lackey’s writing mentors). In The Oathbound, Lackey crafts the characters’ first full-length journey as swordmaster Tarma and sorceress Kethry come together to fight against evil itself. 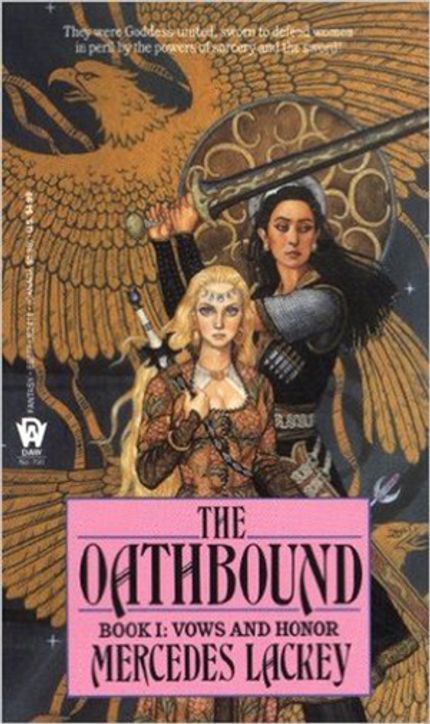 By the Sword, released in 1991, is one of the only standalone novels within the Valdemar world. Centered on Kerowyn, a newly introduced character, this novel is a bridge between some of the other series and answers questions left unanswered after the completion of its predecessors. Kerowyn is the granddaughter of Kethry—like her grandmother, she is called to heroism, even though her family would prefer that she remain at home to manage their noble estate.

Instead, Kerowyn battles bandits to rescue her younger brother’s bride, sets off on adventures, and meets Karathanelan, the man who will become the duplicitous father of Princess Elspeth. 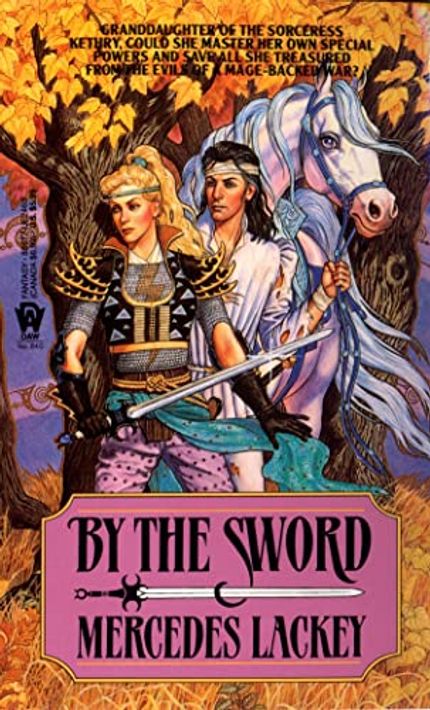 The Exiles of Valdemar series, starting with Exile’s Honor, explores the background of two characters who are deeply important to the original Heralds of Valdemar series. Weaponsmaster Alberich, protector of Elspeth’s mother, Selenay, takes center stage in Exile’s Honor and Exile’s Valor, while the final entry, which can read as a standalone tale, focuses on Skif. In Take a Thief, Young Skif wishes to become a Herald—although his origins as a street orphan complicate his desires. As he finds his way in the world, Skif meets Alberich, who will serve as his begrudging teacher… and relaunch the reader into the Heralds series. 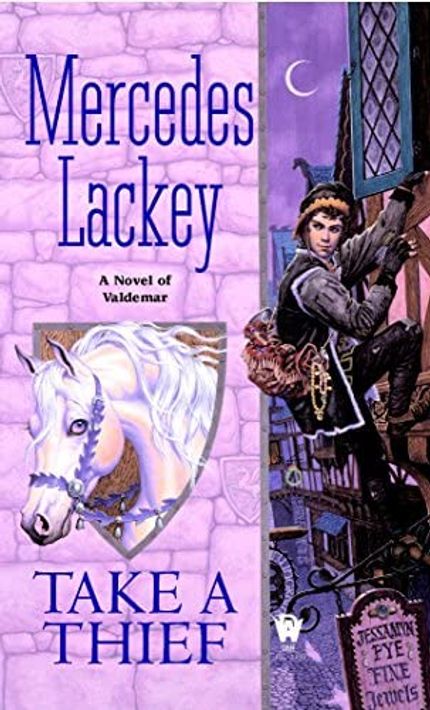 The Hills Have Spies

Taking a turn back to Valdemar’s past once again, readers may be interested in the Herald Mags, who has featured in 11 titles to date. Although you can explore Mags’s entire history through the Collegium Chronicles, we recommend sampling a taste of his family first, with the Family Spies series.

The Family Spies series begins over 30 years after the Collegium Chronicles, and begins the journey of three siblings each on their own path to becoming expert spies. Each of the three books in this trilogy follows the path of one of Mags’ children, each of whom have their own powers that will allow them to protect the kingdom alongside their Herald Spy father and King’s Own Herald mother. 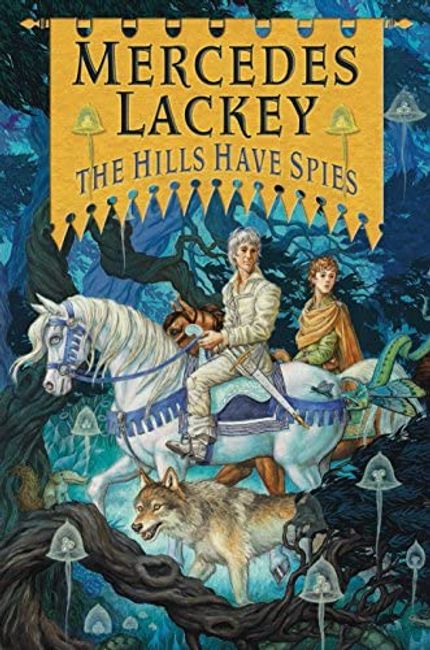 If you find yourself longing for more Mags after this series, travel back in time to the Collegium Chronicles to meet a thirteen-year-old orphan whose future is far bigger than he could possibly imagine. When young Magpie is chosen by one of the fabled Companions to be trained as a Herald, he learns that he is capable of much beyond the walls of the gem mine he had been cast into. 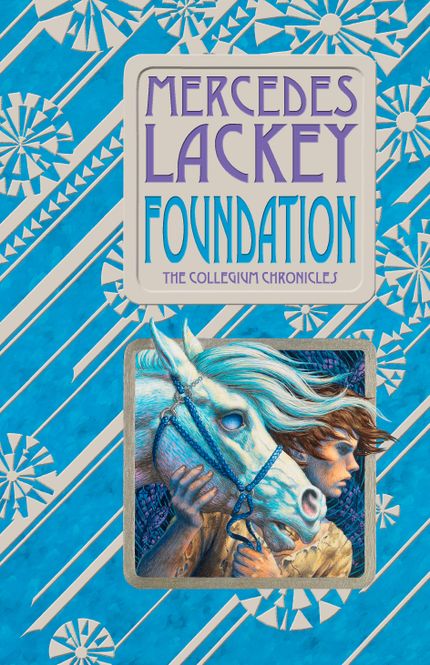 Even 35 years after the first entry in the Valdemar world was published, the canon continues to grow and enchant new readers. The latest additions, Beyond and Into the West, explore just how Valdemar became a kingdom. When supposed country bumpkin Duke Kordas is called to court to pay allegiance to the Emperor, his family’s long secreted plan to break away from the Empire is suddenly in question.

The horse-breeding duke must keep his plans under wraps… and on December 13, readers can discover what is next for the burgeoning world of Valdemar in Into the West. A whole new generation can enjoy this genre-defining series and fall in love with Mercedes Lackey’s iconic world. 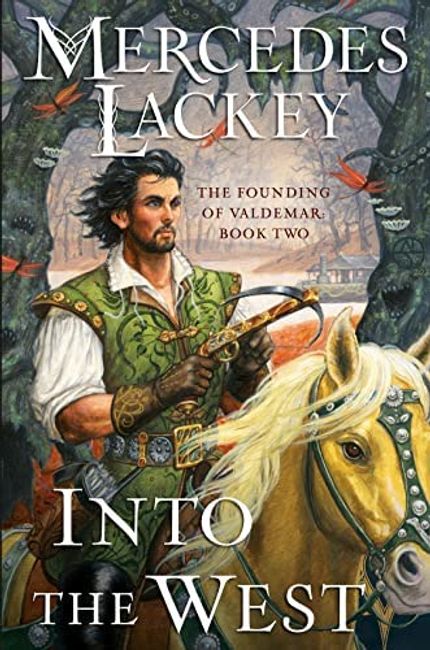 This post is sponsored by Astra Publishing House. Thank you for supporting our partners, who make it possible for The Portalist to continue publishing the fantastical stories you love.