What Is Dieselpunk? Buckle Up and Explore This Wild Subgenre

Fill your tank with these action-packed reads.

What is dieselpunk? The term was first coined by Lewis Pollak to describe his tabletop roleplaying game, Children of the Sun. It shares DNA with literary cousins like steampunk and cyberpunk.

But while cyberpunk is concerned with a speculative future (or present, in some cases), and steampunk is focused on the Victorian era and the industrial revolution, most dieselpunk stories are derived from (or set in alternate history versions of) the interwar period between the beginning of World War I and shortly after the end of World War II.

Like steampunk and cyberpunk, dieselpunk is often preoccupied with the technology of the era. In this case, that's the “grease of fuel-powered machinery,” as professor Iolanda Ramos writes in her essay "Alternate World Building: Retrofuturism and Retrophilia in Steampunk and Dieselpunk Narratives."

But like cyberpunk and steampunk, the subgenre is equally concerned with how technology affects society, and vice versa. One way or another, the shadow of the two world wars hangs heavy over most dieselpunk, making it a generally less optimistic genre than its Victorian cousin.

As a form that was first named by a game designer, it seems only right that dieselpunk has made a strong impression in the world of gaming, both on the tabletop and the console. In fact, some of dieselpunk’s most mainstream success has been found in video games, where it can be seen in titles from Final Fantasy VII to BioShock and far beyond.

While cyberpunk as a subgenre owes its origins to novels, dieselpunk developed on the table and on the screen. However, that doesn’t mean that plenty of people weren’t also writing dieselpunk, both before we had a name for it and after.

Here are seven unforgettable dieselpunk books that make for perfect reading, whether you’re a newcomer to the genre or a dedicated fan who just can’t get enough.

The Mammoth Book of Dieselpunk

It doesn’t matter if you’re a newcomer to dieselpunk or an old hand, there are few better places to start an exploration of the form than this mammoth (hence the title) collection of dieselpunk short stories.

Assembled by Sean Wallace, this anthology forms a who’s who of contemporary sci-fi and spec fic writers. The impressive table of contents includes dieselpunk tales from the likes of Jay Lake, Nick Mamatas, A. C. Wise, Jeremiah Tolbert, Genevieve Valentine, and many more. 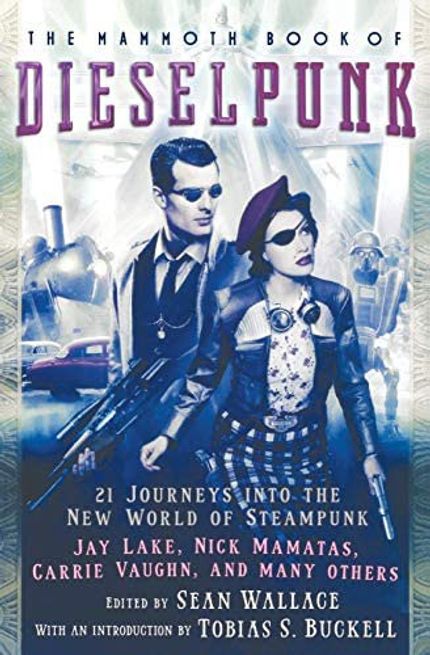 If you want dieselpunk with a lighter touch, you can’t go wrong with this tale of two young people caught in a world war that involves bio-mechanical vehicles and clanking contraptions. And if you dig Leviathan, there are two more books in the series waiting for you… 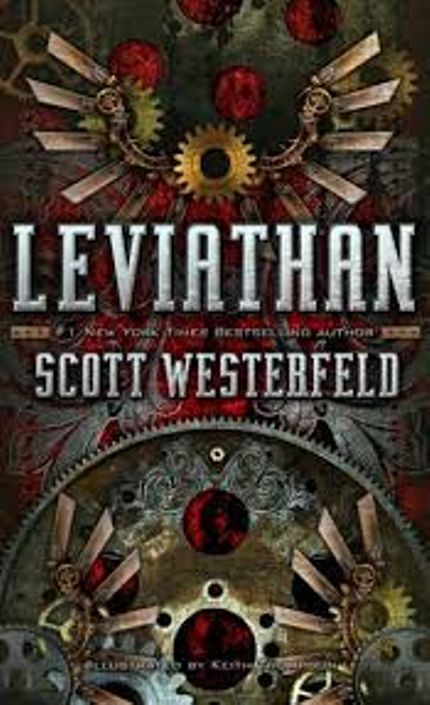 We mentioned that people were writing dieselpunk before we had a name for it, and Philip K. Dick’s Man in the High Castle is a foundational text originally published in 1962.

Plenty of dieselpunk books have explored alternative histories about what would have happened had World War II gone a different way, and Dick’s was one of the earliest, spinning a yarn set in an America under German and Japanese occupation after the Nazis won the war.

The Man in the High Castle won a Hugo when it was first released, and was recently adapted into the popular Amazon Prime series of the same name. 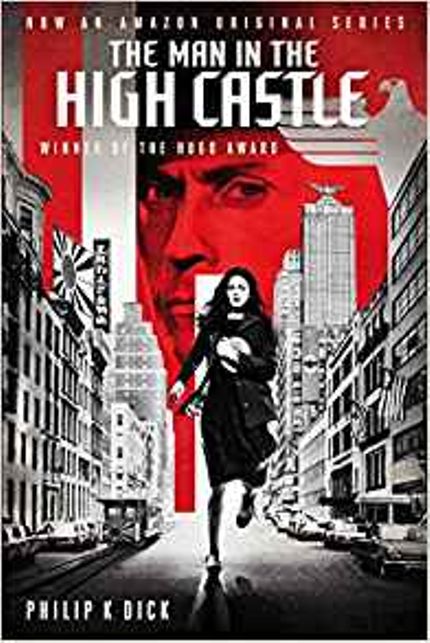 China Mieville’s books almost always defy easy genre categorization, but among the many things that make up his 2012 novel Railsea, it’s a treasure house of dieselpunk mood.

Sham Yes ap Soorap is on the crew of a train that hunts giant moles called moldywarpe in this fascinating and genre-bending take on Moby Dick. Along the way, his journey will run him up against terrifying monsters, pirates, and more, as only Mieville can imagine them.

RELATED: 20 of the Most Fascinating Sea Monsters from Mythology and Fantasy Fiction 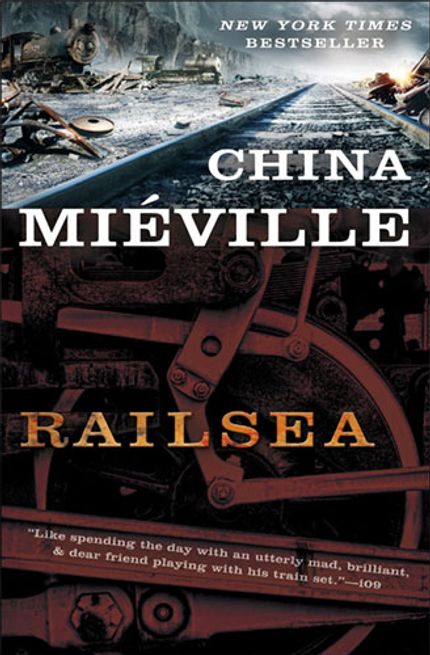 A Fistful of Nothing

Subtitled “A Dieselpunk Noir Novel,” Dan Glaser’s well-received debut takes aim at an alternate-history America in 1952, during a period where the Great Depression never happened, and World War II never came to an end.

Cities across the country have been devastated by bombing, and the citizens of Los Angeles have retreated underground, creating a new city of neon and vice beneath the ruins of the old.

Into these “Hollywoodholes” comes a retired private eye named Jim “Jimbo” Maynard, who runs up against deranged inventors, rum-runners, corrupt cops, deadly machines, and much more. 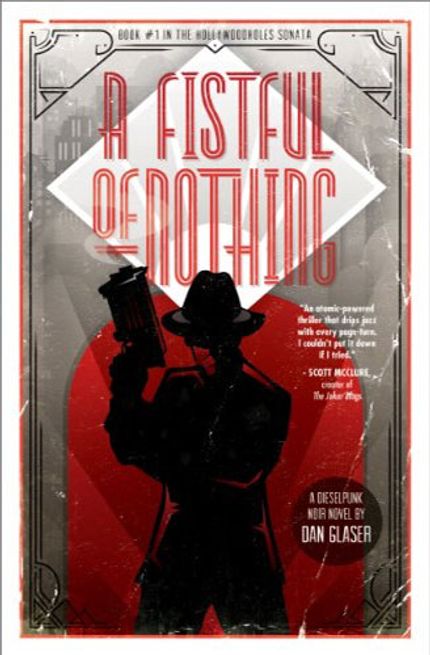 This 2015 novel is sometimes called “decopunk,” a sort of subset of dieselpunk that takes as its jumping-off point the Art Deco of the roaring ‘20s, rather than the tanks and guns of the world wars.

In this case, it’s a story of the daughter of a filmmaker who begins making documentaries about the various worlds in our solar system—a solar system that, in this alternate 1920s, is inhabited by a wide array of alien life forms, and where space travel is made possible by elegant rockets. 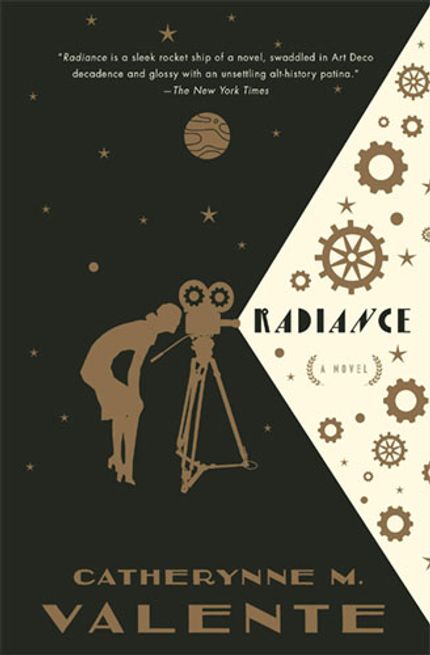 Many of the tales in Mike Mignola’s Hellboy universe of comic book titles incorporate elements of dieselpunk, seeing as the big red title character’s origins begin in World War II and many of his enemies are fanciful, cybernetic Nazis.

However, none of the other books in the so-called “Mignolaverse” are as saturated in dieselpunk as those concerning Mignola’s pulp hero Lobster Johnson.

Set during the 1930s in New York, the first book in the series sees Lobster Johnson running up against villains attempting to harness the power source of a suit of incredibly dangerous, Iron Man-like armor. 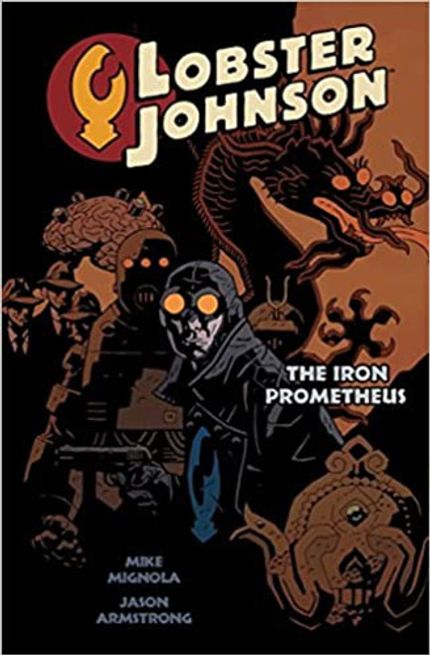 [via Gatehouse Gazette and Anglo Saxonica]