5 Purrfect Books About Cats in Space

Feline hungry for some sci-fi? Explore these stories of interstellar kitties.

Any cat lover knows that having a cat is like owning your own little alien. They defy gravity with leaps that scale kitchen counters in a single bound. Their eyes almost glow in the dark, flickering in your peripheral vision as you wake up to for a midnight drink of water. They go boneless in your arms as if they can control their own state of matter.

Cat lovers also know that the best reading environment always includes a kitty snuggled up on your lap. If you’re looking for a good story to read when curling up with your feline friend, we’re letting the cat out of the bag—these books about cats in space are purrfect for any cat-loving science fiction fan.

Life on Earth is bleak. The only animals seen anymore are in zoos. Travel to the wilderness requires dealing with bureaucratic red tape. Riots abound in overcrowded cities. To make matters worse, an alien spacecraft has recently entered the solar system, and nobody knows what it wants.

12-year-old Barbary has always dreamed of going to space. Shuffled between foster families since the death of her mother, she finally has the chance to escape orbit, as her latest foster father lives on the Einstein, an outer space research station. However, pets are expressly forbidden on the space station, and Barbary can’t bear to leave behind her cat Mickey.

With the help of some unlikely allies, Barbary finds a way to smuggle her cat aboard, but how long she’s able to keep her cat a secret on the small space station is anyone’s guess. Mickey is a curious cat, and his mischievous antics put him at increasing risk of getting discovered—and Barbary returned to Earth. Meanwhile, the alien spaceship drifts closer every day...

Vonda N. McIntyre proves she deserved her Hugo and Nebula Awards with this book’s attention to detail in addition to its adventurous plot. McIntyre’s engaging prose naturally relays many mechanical details about life in space, notably the effects of zero gravity and spin gravity on humans. The book’s feline star Mickey steals the show as he pulls Barbary into an exciting first-contact story for readers young and old alike. 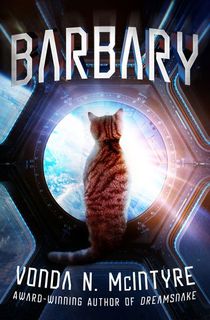 Far, far away from Earth exists the planet Korwar, and on this planet exists a young orphaned boy, Troy Horan. His home planet conquered and his parents murdered, Troy scrapes a living together at an exotic pet store catering to the upperclass.

Something about the job unlocks mysterious telepathic powers in the boy. As soon as Troy begins work, he receives warnings from cats, foxes, even a rare kinkajou about the danger he’s stumbled into. When Troy’s boss is killed, Troy is framed for his murder, and he must escape with all five Earth animals to the Wild, where he encounters alien ruins and a vast conspiracy.

Troy becomes enmeshed in a perilous adventure, one that will leave many dead and an entire government in jeopardy. With breakneck pacing and a plot full of wild twists and turns, this vintage read will be sure to intrigue.

Andre Norton’s intergalactic worldbuilding brims full of imaginative details that make it clear that this is not the universe we’re familiar with, even if it is our future. Even more than entertainment, Norton leaves her readers with hard-hitting truths about the remnants of war and poverty.

RELATED: 15 Cat Books in Sci-Fi and Fantasy for You to Read Right Meow 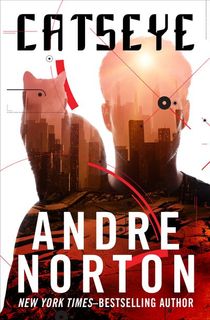 The Legacy of Lehr

This new shipment unsettles Captain Lutobo, but as these cats are worshipped as on their home planet, he must ensure their safe transport along with the vulnerable humans aboard.

When a passenger is found dead with a clump of blue fur in their hand, Captain Lutobo is ready to call the cat’s shipment off. It’s only when one of the cats is found dead too that Captain Lutobo realizes something more sinister is going on, and he must discover the cause if any of them are going to survive the journey. 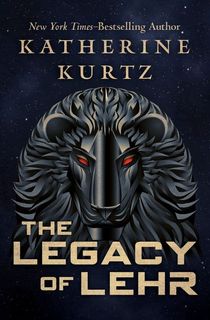 Felicette, the Cat Who Touched the Moon

Before Neil Armstrong took one small step for man, a stray cat named Felicette took a giant leap for catkind.

Felicette was rescued from the streets of Paris to undergo training, testing, and spaceflight with the French Space Program. One of 14 cats tested, Felicette was the only cat who could successfully transmit results back to Mission Control.

With electrodes implanted into her brain, Felicette showed French astronauts how mammals would react to high g-forces and weightlessness. After becoming the first and only cat successfully launched into space, Felicette then safely parachuted back to Earth.

This picture book, with adorable illustrations, details Felicette’s real-life journey to assist humans on their interstellar adventures. It is an artfully told true story about how even the smallest creatures can achieve great things—and how sometimes science fiction and reality are closer than we think. 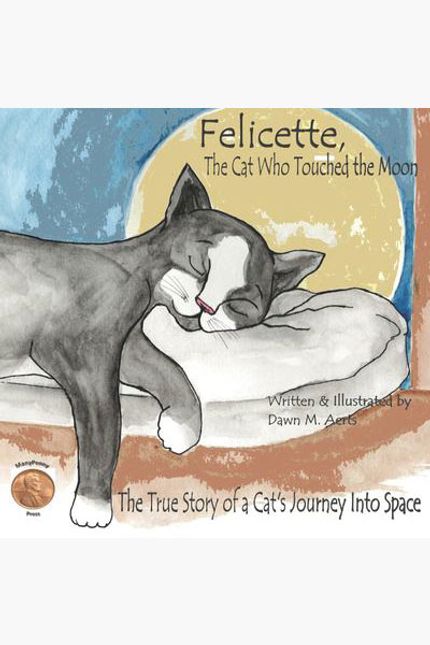 In this novelization of the classic film Alien, Warrant Officer Ripley has been in hypersleep with her orange cat, Jones, and other crew of spaceship Nostromo. The ship’s computer awakens them all to investigate a distress signal rising from a nearby moon. It’s only when crash-landing on the moon that Ripley discovers the distress signal is actually a warning of something menacing lurking the rocky landscape.

On the surface of the moon, Ripley’s crewmate Kane discovers a cache of alien eggs. One of the eggs attaches itself to Kane’s face, and the team drags him back to the ship against quarantine regulations. When the egg detaches on its own, they think everything is safe, until a baby alien bursts free from Kane’s stomach and runs rampant through the ship.

The alien ambushes and kills the crewmates one by one, leaving Ripley and Jones to fend for themselves as they attempt to repair the spaceship and flee to safety. Throughout, Jones alternatively leads the crew astray and warns them of incoming danger.

Jones the cat has become the most beloved feline in sci-fi horror history. He even has his very own novelization, too! Check out Rory Lucey’s illustrated rewrite of Alien from Jones’ perspective in Jonesy: Nine Lives on the Nostromo.