In space, no one can hear you scream—and if you're picking up one of these books, that might be for the better.

Think horror books have a monopoly on creepy creatures? Think again. These eight sci-fi books feature terrifying monsters sure to have you looking over your shoulder — or at least avoiding interplanetary travel— long after reading.

Something lethal lurking in the deep 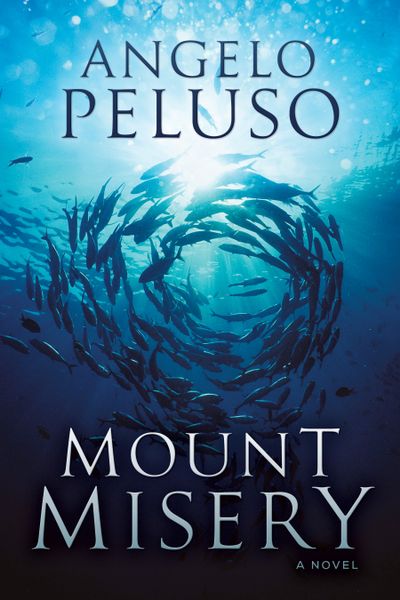 To reveal too much about the creatures in this horror/sci-fi tale would ruin a lot of the fun. Suffice to say, Mount Misery features some very strange marine life terrorizing residents on Long Island Sound. Puzzled by what kinds of organisms could possibly be behind the savage attacks, marine biologist Katie DiNardo and ichthyologist Nick Tanner are in a race against time to identify the species and prevent further bloodshed.

Often compared to Jaws, this story is a gripping ride that backs up its scares with hard science and fascinating insights from marine biology. In the grand tradition of sea monster yarns, this tale of underwater terror will remind you what a strange, unknowable place the ocean still is—and make you think twice before diving in this beach season.

Want more sci-fi? Sign up to get our recommended reads sent straight to your inbox. 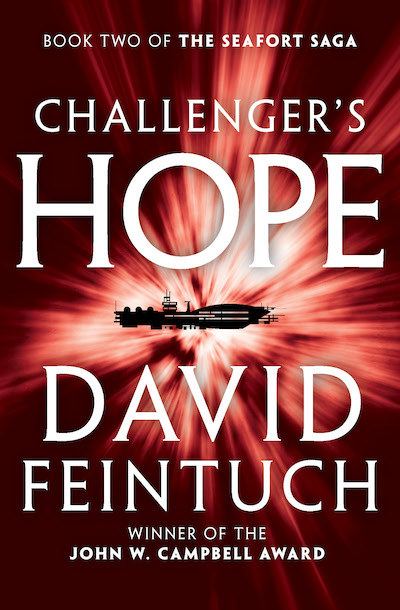 Book 2 of the award-winning Seafort Saga finds young Nicholas Seafort discouraged. The captain, who rose to unexpected prominence during his first voyage after an accident claimed the life of a crew member, has been demoted to a small ship called Portia. Even more demoralizing, Admiral Tremontaine refuses to believe Seafort's reports of Fish aliens attacking the Hope Nation colony. When Portia is attacked by Fish, the extraterrestrial foes release a lethal virus that kills many on board. The Fish cause Seafort and the rest of Portia's crew and passengers inestimable personal loss, revealing themselves as one of humanity's greatest foes . 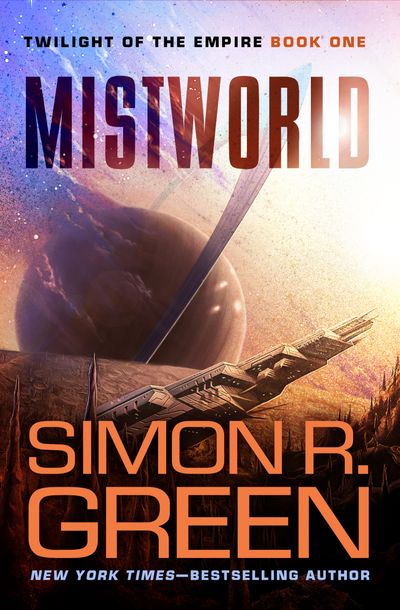 In the Twilight Empire, a trilogy set in Simon R. Green's larger Deathstalker universe, the brutal planet of Mistworld is cut off from the empire by a blockade, and has become—to borrow from another space opera—a hive of scum and villainy. Inspector Topaz and her husband are some of the few law-abiding citizens left on the exiled world. But even they aren't safe from the threat of incredibly fast, incredibly deadly hob hounds who kill for the thrill of it and help keep human vermin off the streets. 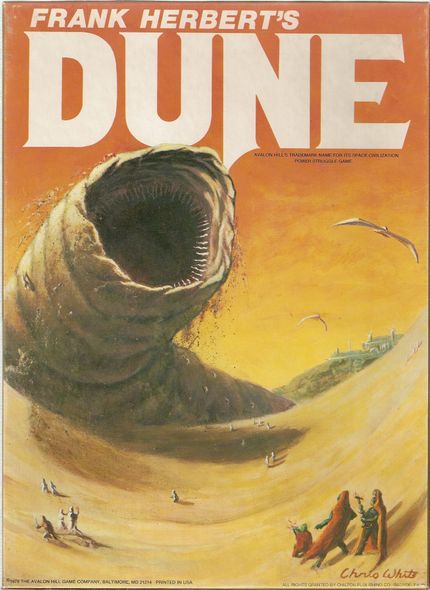 On the arid planet of Arrakis in Frank Herbert’s masterful Dune series, sandworms are revered by some, but feared by many. These grotesque creatures grow to colossal sizes, and possess gaping maws filled with razor-sharp, crystalline teeth. Although water can kill sandworms, it’s an ultra-precious resource on the desert planet, and therefore not a realistic defense against these wriggling terrors. Strategically applied electric voltage can also take down a sandworm— if their combatant is lucky. 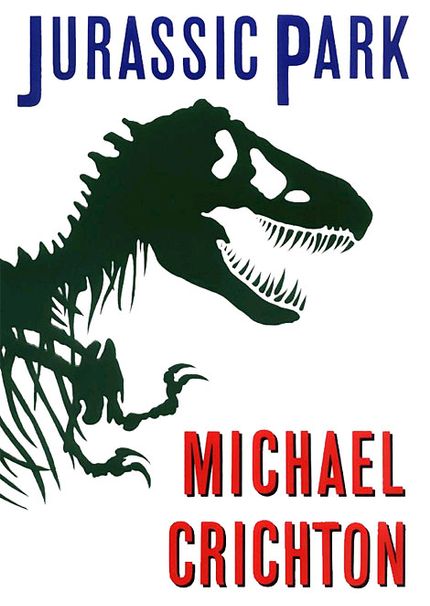 Michael Chrichton’s influential 1990 sci-fi novel Jurassic Park took what paleontologists believed at the time about velociraptors, and elaborated on that research to create the most terrifying literary depiction of dinosaurs ever.  The velociraptors of Jurassic Park are capable of escaping almost any enclosure, and merciless once free. They stalk prey as a pack, taking down humans not just for food, but for the sport of it. Clever girls, indeed. 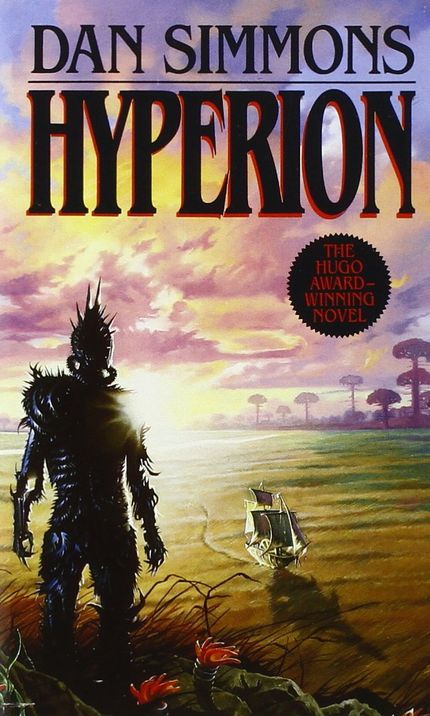 The Hyperion Cantos is a stunning epic from Dan Simmons, an author whose ability to create detailed monster tales never fails to amaze me (his alternate history adventure novels The Terror and The Abominable have some of my favorite literary scares ever).

The Hyperion saga is set on an alien world called Hyperion, a planet terrorized by The Shrike, a mysterious metallic monster. A creature whose reputation has become the stuff of legend, The Shrike is capable of traveling through space and time at will, and has a metal arm-like limb called The Tree of Pain on which untold numbers of victims have been impaled. Yep. It’s safe to say you wouldn’t want to meet The Shrike in a dark alley—or a well-lit one, either.

When most people think of Alien, they understandably think of the Ridley Scott movie. But regardless of whether or not you’ve seen the classic horror film, the Alan Dean Foster novelization of the story is bound to keep you up at night.

When the crew of the Nostromo are jolted out of cryogenic sleep by distress calls from a nearby planet, they're unprepared for the horrors they're about to unleash upon their own ship. While investigating the distress calls, one of the crew is attacked by an organism found inside a nest of eggs on an alien vessel. He falls into a coma, but later awakens back on the ship—and only then does the real, chest-bursting fun begin. Faced with the daunting task of bringing designer H.R. Giger’s distinctive, terrifying xenomorphs to life through prose, Alan Dean Foster does so impressively. This book is, in my opinion, the most solid argument for novelizations of movies out there.

RELATED: 10 Characters from Sci-Fi That We Never Want to Meet

Want more great sci-fi? Sign up to get our recommended reads sent straight to your inbox. 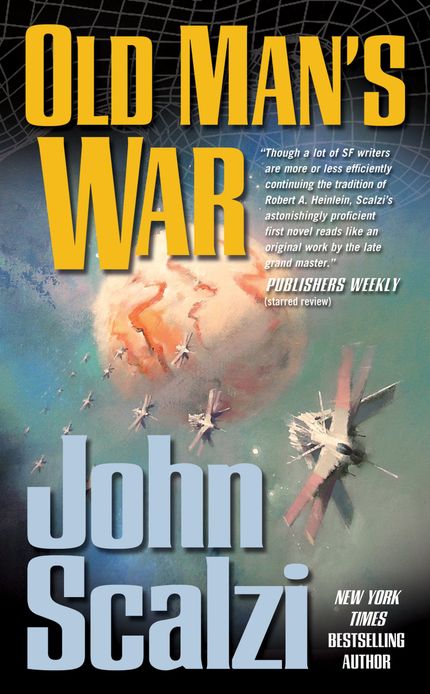 At 75, many people look forward to living out the remainder of their life in relative peace. Not so for John Perry. In the future of John Scalzi’s Old Man War, the Colonial Defense Force, which protects Earth and humanity’s contested colony planets from aliens, only wants elderly soldiers. John’s time in the CDF will bring him face-to-face with struggles he couldn’t have imagined when he enlisted. That includes a stomach-churning, sentient slime mold capable of engulfing entire settlements and entering humans through their orifices, devouring them from the inside. Ah, the wonders of space!