"You always have to leave some lifeline, however slim."

You write a great deal. Do you have any insight on time management for writers?

I think that a writer’s daily hours can be profitably managed in myriad ways, depending on the nature and temperament of each writer. But the important thing is to be rigorous in sticking to your schedule every day, religiously, once you settle on an accommodating practice. Too many days off or slacking on individual daily goals can quickly lead to disaster. Without anyone to boss you around, you have to be your own hard-nosed taskmaster!

I myself cannot dive straight into the composition of fresh prose each morning, so I always spend an hour or two in answering emails, surfing the web, doing bookkeeping on receipts, etc. Then I feel primed to leave behind the mundane tasks for more imaginative realms. It’s a relief, actually, by that point, to face the creative efforts!

What were some of your influences for the alternate history world you created for “The Steampunk Trilogy?”

When I wrote the three novellas that constitute that book, the very word “steampunk” was only a few months old, so there was not a codified sense of genre parameters into which one had to fit. Everything felt free and loose, infinite possibilities. So I was able to incorporate disparate influences from H.P. Lovecraft to Walt Whitman, from Monty Python to Victorian anthropology, all stuff that I loved and which interested me and which I hoped could be fashioned into a good story.

My minor in college was history, and I have always found the past to be an alluring treasure trove of the bizarre and the forgotten, ripe with story potential. 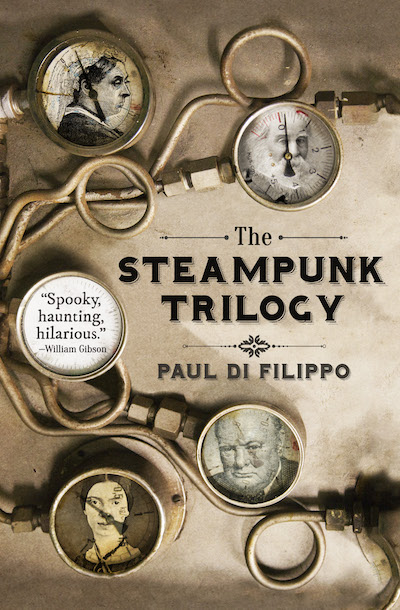 “Cosmocopia” paints a bizarre world, blending reality, fantasy, and madness. What was your approach to creating psychological torment and redemption?

I decided to put my protagonist through an awful lot of simultaneous grief. Not only was he an aging artist losing his powers, but he was alone in life without a partner, and then subject to a spontaneous murderous fit as well. Then I had him exiled from his entire familiar universe, landing in a cosmos of strangeness! Having plunged him to the very nadir of existence, there was nowhere for him to go but up. But his ascent to some kind of new stability and creative success would also be very strenuous and involve much “putting down” of his assumptions. The SF writer Keith Laumer once wrote a story with the title “Test to Destruction.” He borrowed the notion from materials engineering, in which the scientist learns the true values and limits of his material only by subjecting it to such extreme forces that it shatters or decomposes. Laumer applied the metaphor to humanity, so that character only reveals its truest lineaments when the person is shattered. But you always have to leave some lifeline, however slim, for the hero to clamber painfully upward. 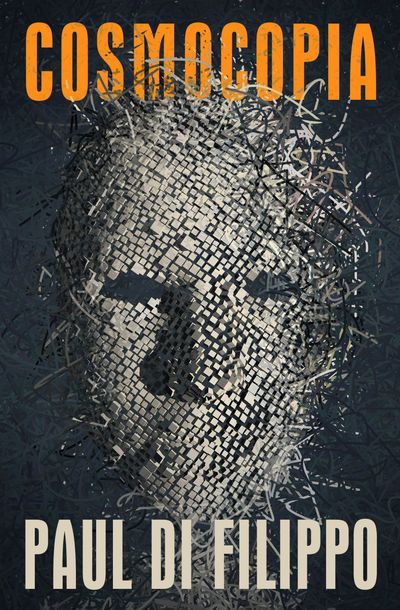 How does writing short stories differ from writing novels? At what point do you decide a story is going to be a novel rather than just a short story?

I know a lot of my peers have recounted instances where they started to write a short story and it “wanted to be a novel.” I have never had that experience. After thirty-five years of professional writing, I find that going into a project, I usually can predict pretty closely how many words an idea will need for its execution. I usually underestimate by a tad, thinking I can get something finished in ten thousand words and it proves to need, oh, twelve thousand. But my concepts for novels always reveal themselves to be novels from the outset, and likewise for short stories. Now, I suppose I could do a slice of a novel as a short story. For instance, I have long wanted to write a novel about a postcard salesman in the 1930s. Don’t laugh, it would be great! I could take one incident of his life from the novel and maybe turn it into a short story, but that would be a deliberate decision to focus narrowly on just one anecdote from his career. I would never start with a mental image of the anecdote, begin to write it, and then say, “Hey, this guy deserves a novel!”

You write science fiction, fantasy, horror, and steampunk. Does your writing process differ at all depending on the genre?

I would distinguish between two types of story: the story of pure imagination, and the story that is grounded in reality. Each one takes different skills and tactics. For a novel like "Cosmocopia," I was inventing everything. I had only to look inward. For a book like "The Steampunk Trilogy," or some of my hard-core speculative science fiction, I had to amass biographies, facts, histories, texts, images that I could reference to ground my narrative in consensus reality and the world that readers knew to be true–or, for future milieus, worlds that could be likely to come true.

The first type of writing has the satisfaction of intense focus on the powers solely of the writer’s own brain to conjure up characters, scenes, inventions, landscapes, out of pure thinking. The second type satisfies the scholarly instincts of digging up rare facts and finding that sometimes history and reality are better and more imaginative artists than the writer himself or herself could ever be. When you find a fact that sparks new lines of thought, or which fits into your jigsaw puzzle perfectly, it’s very satisfying. On the other hand, when you conceive of some fantastical thing that no one else has ever imagined, that is a different kind of thrill!

And so, I like to jump from one mode to another at will! Why settle for just one kind of thrill!