In honor of his April 28th birthday, we're remembering the great Sir Terry.

Terry Pratchett might be one of the most beloved fantasy and science fiction writers of all time. In his writing heyday, he wrote an average of two books a year.

That’s just one fun Sir Terry fact you can find in this article – if you’re an avid Pratchett fan, let us know what we missed!

1. Terry Pratchett was born in 1948, the same year popcorn was first sold on a mass scale, the Scrabble board game was introduced, and the Big Bang Theory was first postulated.

2. When he was a kid, Pratchett wanted to be an astronomer. He definitely had a childhood with his head in the stars, and he never lost this love. When he was an adult, he built an observatory in his garden.

3. In fact, when he was a kid, he wanted to be an astronomer. He definitely had a childhood with his head in the stars, and he never lost this love. When he was an adult, he built an observatory in his garden.

4. Pratchett published his first story at age 13 in a school magazine, which was published commercially as “The Hades Business” the following year.

5. He earned £14 from the story and used it to buy his first typewriter.

6. At age 17, he left school to become a journalist instead of finishing his A Levels. He wrote a weekly Children’s Circle Story column. Some of these stories have since been published in the short story collection Dragons at Crumbling Castle.

7. His job as a journalist helped him get published. In 1968, he interviewed a local publisher, Peter Bander van Duren, and happened to mention that he was working on a book. Bander van Duren passed on the manuscript to his co-director, Colin Smythe. Smythe went on to become Pratchett’s publisher and agent.

8. In this same year, Pratchett also married his wife Lyn Purves. 1968 was a pretty important year for the man!

9. Pratchett’s first novel The Carpet People was published in 1971, when he was only 23 years old.

The book is a comic fantasy novel about a tribe of tiny people who live in a carpet. When he was more well-known, Pratchett decided to rewrite the series, with updated text, original black and white illustrations, and an exclusive story written when he was 17. This book set the pattern for Pratchett’s use of satire and whimsy. 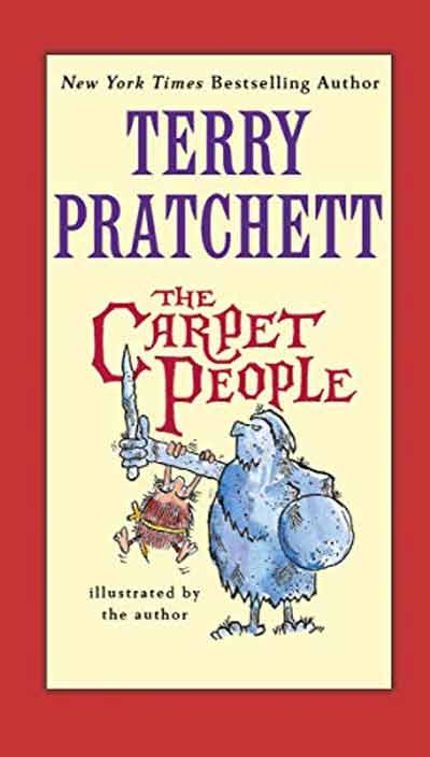 10.  In 1976, the Pratchett family welcomed their daughter Rhianna into the world. She also went on to become a writer.

11. Pratchett ended up leaving journalism to become a press officer for four nuclear power stations with the Central Electricity Generating Board. This was right on the heels of the Three Mile Island nuclear disaster.

12. While he worked in PR, he also kept writing his novels. In 1983, the first of his beloved Discworld novels was published. The stories feature a disc-shaped world resting on the backs of four elephants, who themselves stand on a turtle.

This book spawned a 41-book series that alternatively paid homage and parodied writers like J.R.R. Tolkien, H.P. Lovecraft, Charles Dickens, and William Shakespeare, as well as other fairy tales and mythologies. 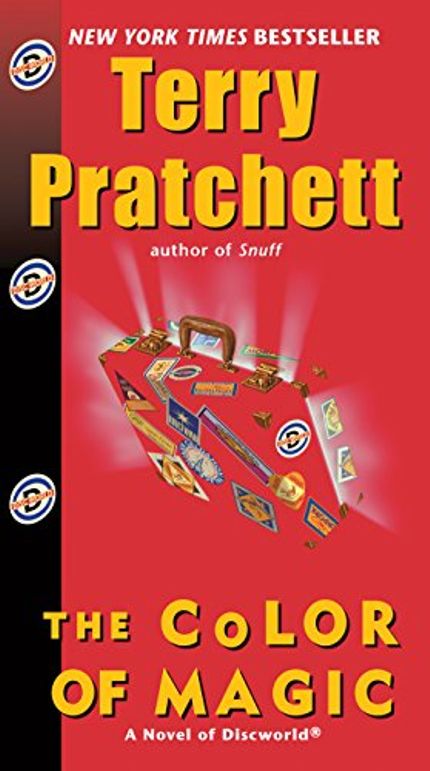 14. Pratchett had a tendency to avoid using chapters in his novels. He explained, “life does not happen in regular chapters, nor do movies, and Homer did not write in chapters.” There were a few exceptions in his books for younger readers.

15. Pratchett had a unique fashion sense. He described it as “more that of urban cowboy than city gent.” He loved wearing large black hats.

16. By 1987, Pratchett’s books were so successful that he gave up his job with the electricity board to become a full-time writer.

17. By 1996, the Times declared Pratchett as the bestselling U.K. author.  He had sold 70 million books worldwide, and he was Britain’s second most-read author, only beat by JK Rowling’s Harry Potter series.

18. But if you asked Pratchett, the award he was most proud of was the Carnegie Medal, granted for his children’s book, The Amazing Maurice and His Educated Rodents. He earned this one in 2002. 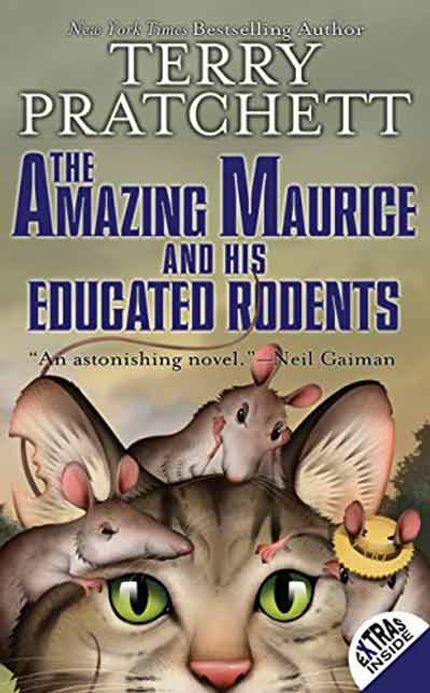 19. At the height of his career, Pratchett also faced major medical problems. In 2007, he was diagnosed with a severe form of Alzheimer’s, posterior cortical atrophy.

He had a gradual degeneration of his cortex, the outer layer of the brain, in the back of his head. The disease leads to difficulties in reading, judging distances, using tools, and spelling. Pratchett, who referred to the diagnosis as "the great embuggerance," donated a million dollars to Alzheimer’s research in the wake of this news.

20. It didn’t stop Pratchett’s success though. In 2009, the Queen knighted Pratchett for services to literature, officially making him Sir Terry Pratchett.

21. Pratchett maintained an eccentric personality and imagination. Now that he was a knight, he said, he needed a proper sword.

He made himself a sword of meteoritic iron. He found a field with iron deposits near his home in Wiltshire, and excavated the ore himself – 81 kilograms. He then smelted the iron ore using a makeshift kiln made of clay and hay. A local blacksmith hammered Pratchett’s handcrafted iron bars into a sword finished with silver work.

"Most of my life I've been producing stuff which is intangible and so it's amazing the achievement you feel when you have made something which is really real," he said about the process.

22. Meanwhile, Pratchett’s Alzheimer’s was progressing. Despite his brain atrophy, he still published several books in 2013. A few months before his death in March 2015, he finished one final Discworld novel. Many Pratchett fans save the book unread on their shelves in his honor. 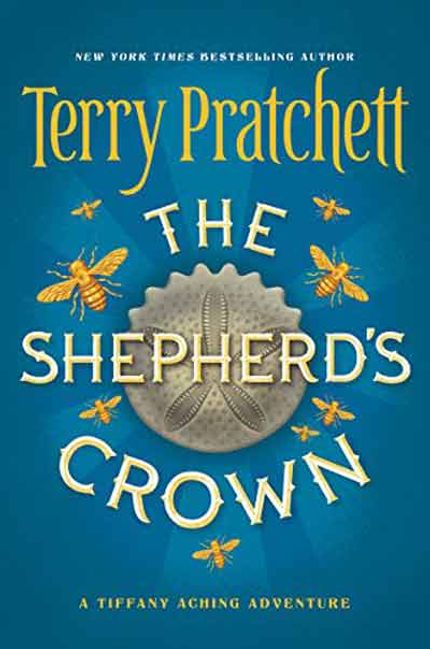 23. By the end of his life, Pratchett had sold more than 85 million books worldwide, translated in 37 languages.

24. His computer hard drive contained as many as 10 unfinished novels at the time of his death, but we will never know what they said. Per his last wishes, Pratchett's unfinished works were destroyed in 2017. Not only was the hard drive smashed by a steam roller, but also it was run through a stone crusher.

25. Pratchett’s fans often refer to him with the phrase “GNU Terry Pratchett.”

This is a reference to his 33rd Discworld novel, Going Postal, which tells of the creation of an Internet-like system of communication towers called “the clacks.” In this book, Pratchett writes, “A man is not dead while his name is still spoken.”

GNU, Terry Pratchett. May your memory live forever on our bookshelves.