Even at his silliest, the late Terry Pratchett had something worthwhile to say.

Terry Pratchett’s legacy may be built on humor (and a freewheeling attitude toward footnotes), but he nevertheless had some insightful things to say about the fantasy genre, and they’re probably not what you’d expect. For someone who managed to pack a quip into nearly every sentence, Pratchett took fantasy very seriously. In celebration of the new adaptation of Good Omens, let's look back on the late authors' genius.

The word ‘fantasy’ may conjure up images of a dream world where imagination runs wild, but in practice, most fantasy worlds require a balance between the fantastic and the mundane—for every knight in shining armor, there has to be a squire to feed the horse.

The above quote comes from Pratchett's 2007 essay "Notes From a Successful Fantasy Author: Keep it Real"—which, along with the other nonfiction writing mentioned on this list, can be found in his nonfiction anthology A Slip of the Keyboard. The essay asks writers to think critically about what they’re writing, rather than sliding by on the tropes of the genre.

Unfortunately, a lot of fantasy relies on what’s familiar, even if it doesn’t make sense upon closer inspection. One example is magical ability being passed from parents to children, like blonde hair or a talent for sports. In the real world, those traits are passed down via genes, but would magic be genetic too? When you stop and think, fantasy is filled with interesting (and difficult) questions.

Want more from your favorite authors? Sign up to get great fantasy and sci-fi sent straight to your inbox.

In case a lifetime of parodies didn’t tip you off, Pratchett was not a fan of the fantasy genre’s clichés, especially prophesied farm boys, sword-wielding heroes, or fireball-throwing mages. While it’s true that the best writers are usually the most well-read, Pratchett’s advice—also from "Notes From a Successful Fantasy Author"—to read outside the genre is an admonition to break free of all the unconscious baggage that stereotypical fantasy brings with it.

For Pratchett, anything could become material for a fantasy world, from the logistics of Lord Nelson’s naval fleet to the art of clock-making. For him, fantasy was as much about learning as it was about imagination, which makes sense when you consider that building a fantasy world requires the skills of an architect, cartographer, cultural anthropologist, and historian in addition to a storyteller.

The above quote comes from Pratchett's 1985 talk, "Why Gandalf Never Married". Pratchett draws pretty heavily on Wizard of Earthsea for this one, despite Ursula K. Le Guin’s long-standing reputation for being one of the most well-established feminists in fantasy. In Earthsea, women are forbidden to attend the magical academy of Roke, where men learn to become true masters of magic, and the spells women do cast are weak (or more superstition than real magic). In fact, Earthsea has a proverb to sum up female magic: “Weak as women's magic, wicked as women's magic.”

After doing his own research into history and folklore, Pratchett found that most images of mages in fantasy come from a feedback loop between history, folklore, and fantasy itself, where each perpetuates an image of witches and wizards that’s not wholly based in fact or myth—according to Pratchett, there were no widespread witch cults when most of the big witch-burnings happened in Europe, nor were there any wizards who really matched the description of Gandalf (even Merlin).

So if the image of female magic as being wicked and inferior is just fiction, why not change it? 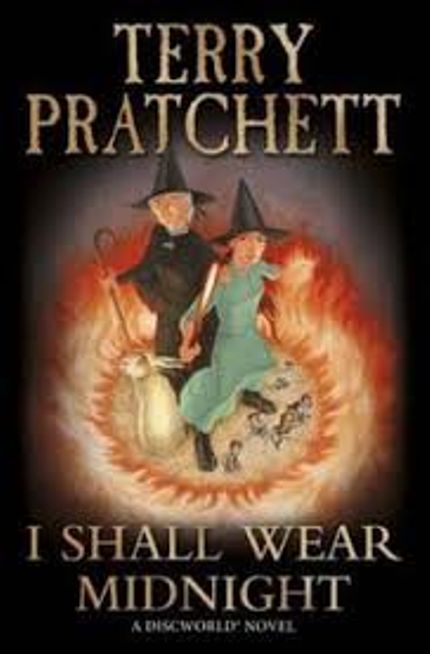 This passage comes from Pratchett's 1989 essay "Roots of Fantasy." Fantasy is a game of historical telephone as much as it is a literary genre: authors like Tolkien, George R.R. Martin, and Le Guin draw heavily on folklore, history, and legends to shape their worlds, especially Norse and European mythology. Over time, fantasy started making these elements its own, but baked into the heart of each is something primal: a fear of the dark and the unknown.

Part of the wonder and magic of old legends was the knowledge that outside the ring of firelight, there were things and places that were much older and mysterious than humans. For example, rather than being one of the standard races that came in every Dungeons & Dragons Starter Set, elves were often capricious, cruel, and above all, alien. Pratchett wrote an entire novel dedicated to carrying on this tradition, called Lords and Ladies, and it’s a fantastic read for anyone looking for a reminder of how elves used to be portrayed. 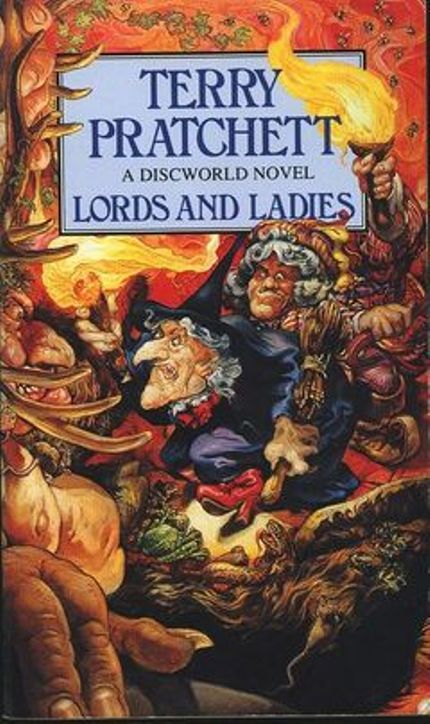 For Pratchett, fantasy wasn’t meant to be the kind of fiction where you could comfortably turn off your brain and kill a few hours. Instead, as he writes in the 1992 essay "Elves Were Bastards," he imagined it as an exercise in shifting perspective: a way to break readers out of the mundane mindset that rules our daily lives and show them something powerful, transformative, and new.

Looking at Discworld books like Hogfather, which is essentially a mashup of A Nightmare Before Christmas and How the Grinch Saved Christmas in which the Grim Reaper impersonates Santa Claus, you might be forgiven for thinking that Pratchett wasn’t above writing some silly fluff himself. But that’s what made Pratchett great: even at his silliest, he had something worthwhile to say.

In one of the final chapters of Hogfather, Death tells his granddaughter Susan that humans need to believe in silly traditions like Hogswatch:

REALLY? AS IF IT WAS SOME KIND OF PINK PILL? NO. HUMANS NEED FANTASY TO BE HUMAN. TO BE THE PLACE WHERE THE FALLING ANGEL MEETS THE RISING APE.

Hogfather is not only a tongue-in-cheek defense of Christmas, it’s a defense of the fantasy genre and a reminder that humans can be more than what this world expects of us. In the same way, Pratchett hoped fantasy could be more than fiction.

Want more from your favorite authors? Sign up to get great fantasy and sci-fi sent straight to your inbox. 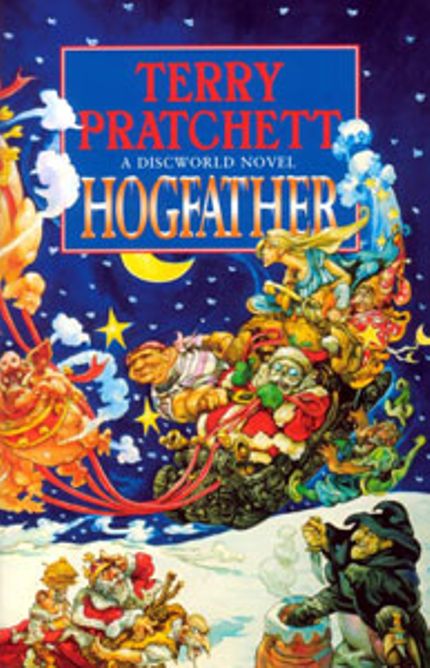