Want more paranormal romance books? Sign up for The Portalist's newsletter and get our recommended reads delivered straight to your inbox.

Redemption and found families seem to me be two really compelling themes in the Deadman’s Cross series. I was hoping you could talk a little bit about exploring those ideas.

My grandfather was a preacher, and so I believe in this concept that no matter who you are or where you come from you can always be redeemed, no matter what you do. It was very much you don’t judge anybody, you help everybody you can, and when I’m writing I want to get that across. My mother's big thing was always until you've lived somebody's life you don't ever pass judgment on them. You show compassion to everybody. So it’s just I think the natural thing when I’m writing that that comes out.

What research did you do for the book, either into nautical terms or the historical setting?

Well it helps that I’ve got Navy men in my family! I owe my life to a Navy diver. But yeah, I grew up on a boat with my dad. My dad would do some crazy things. He once went shark hunting in a bass boat, don’t ask me why. I was little so I'm not even sure that he meant to go shark diving. But we were out at sea, no land in sight, and there was a shark in the boat.

I know, right? I don’t even really remember all the details, I just remember that little tiny boat and that big, big shark and me going ‘I’m going to die today, and I have no life jacket.’

That’s the Moby Dick story of my life. But yeah, being around them, my dad was always telling me pirate stories, we have pirates in my family, supposedly one of my ancestors died on the way back from England, he got into a confrontation with Black Beard. Colorful people in my family.

What do you think it is about pirates that we still find so compelling?

I think it’s that being carefree, that lawlessness, that rules don’t apply to me [attitude]. And I think that now especially, because we live under rules all the time. I mean let’s face it, you board a plane you practically get strip searched. The idea that you can have that swagger, and take control of your destiny and just be free—I think that’s appealing to everybody, that little bit of rebel, that need to just thumb your nose at authority and its rules, I think we all have that rebel in us.

When you’re working on a book do you read, or do you find that reading interferes with your own creative process?

Usually I don’t have time because I write and I'm so compelled by the characters. I don’t watch TV, I don’t watch movies, it’s just me and the characters and I become an obsessed little ... I pace around until I get the story out. It’s just a need to create. And unless you’re my child, everything else kind of gets put on the backburner. Hygiene? I don’t need hygiene! No I’m kidding, I do bathe.

I know that you have playlists for the books, do you listen to music while you write?

Yeah, I had to growing up. I grew up in the middle of eight boys, it was a loud household. And I'm partially deaf, my parents were very deaf, and my sister’s completely deaf. If you’ve ever lived around hearing impaired people we’re loud because we can’t modulate so the only way to be able to focus was to play very loud obnoxious heavy metal, and I still do that.

How have you seen the paranormal romance market and its audience evolve throughout your career?

Well, it came into being [laughs]. It wasn’t there when I started. I don’t really look at genres. To me, the readers are always the readers, the readers go wherever they’re interested.

I started out writing horror, fantasy, science fiction, so to me it’s basically the same audience, I don’t see a huge difference. I think the writers are getting more bold with the chances that they'll take and publishers in particular in what they'll allow us to do, they’ve gotten a lot more progressive over the years. But in terms of the readership, the readership has always been there, so I don’t see that as having changed really, if that makes sense. If it’s a good story, they’ll read it.

It sounds as if you're able to move between historical fiction, and nonfiction, and romance, and fantasy pretty seamlessly. There’s no genre that you’re more drawn to than another?

I think it’s because I read everything. And it’s life, life is all of that. Life is drama, life is humor, life is fantasy, life is—if you live in my house sometimes it’s science fiction, I've seen my children climb up walls. I don't know how they do that. It’s all of that.

I don't like to live my life by other people's rules, again, it's that innate rebel thing. You know, I was that kid, it said in my report card ‘does not color in the lines.'

My dad was a drill sergeant so I got tired of my dad toeing the line, so I said 'no, I'm going to put my toe over it. You told me not to dad, so my whole foot is going to crawl over the line when you’re staring at me.' And yeah with genres, why do we have to be limited, why do we have to play in one ballpark? Break down the fence and let's go and play in both yards, I like to have a big wide field to play on.

You have wanted to be a writer since you were very young. What about your career now do you think would most surprise the younger version of you?

Probably the fact that I’m here. Yeah. As a kid, I was dyslexic.The only reason I'm literate today is my older brother sat me down with a comic book and said okay, I’m going to teach you. God love my brother, God love Stan Lee, I owe my literacy to Stan Lee and Spider-Man. There aren't many 16-year-olds that would spend their summer teaching their younger sibling to read. I forgot the question, did I answer it? I’m not sure.

You did! [It was] what would surprise your younger self about your career today.

Yeah. The fact that I actually finished the book.

It's fun! It’s pirates, it's demons, it's different. If you're looking for something a little unusual, give me a try. 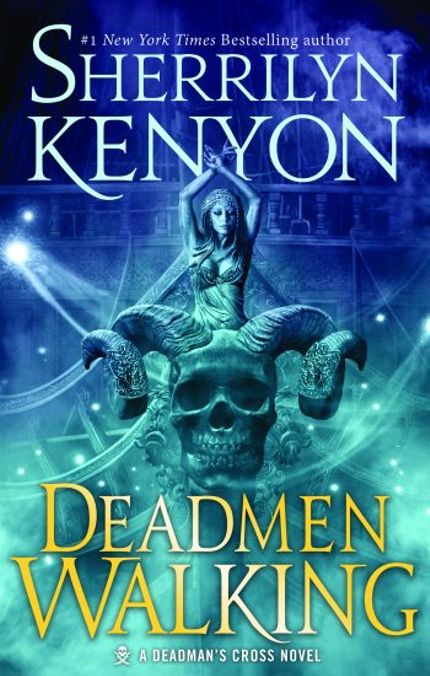 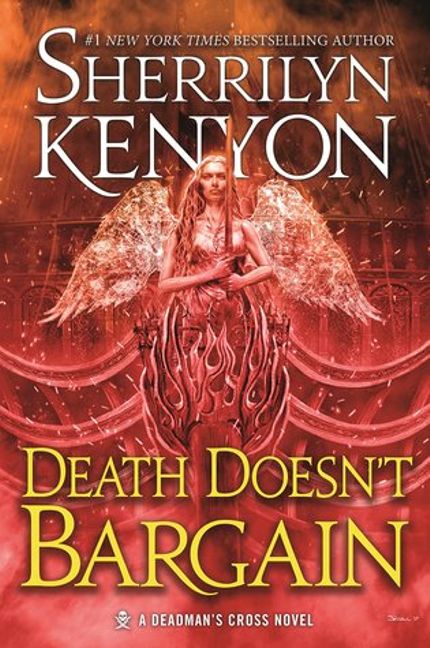