Whether you're struggling with the nuances of a fictional language or just struggling to get started, take some tips from the best of the best.

There’s a lot you can learn from books on writing. For would-be writers of science fiction and fantasy, though, sometimes general advice just isn’t enough. Take John Gardner’s The Art of Fiction, for instance: it’s one of the best books on writing ever put together, but it’s shockingly short on tips for crafting a believable Elvish language.

Allow me to present this list of the best books on writing by sci-fi and fantasy authors. These volumes contain wisdom and tips for writing fiction in general, but also take the time to address the specific struggles of genre fiction. Take that, John Gardner.

Zen in the Art of Writing

Bradbury’s book is a member of the very large club of works that adapt their title from Zen in the Art of Archery. The title may be a bit derivative, but it’s also quite appropriate: this book serves more as a spiritual guide than as an instructor or drill sergeant. It’s a collection of essays Bradbury wrote on writing, and while it’s short on specific instruction, it delivers plenty of thoughtful insights and inspirational moments. 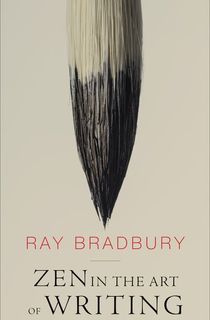 How to Write Science Fiction and Fantasy

In fiction writing, as in music (writers are fond of saying), you need to know the rules before you can break them. But a lot of writing teachers seem allergic to explaining the rules, perhaps because they fear they’ll come across as too amateurish to be busy breaking them. No such problem here: Card lays out simple and practical advice and rules, and in the process puts together one of the best books on writing you’ll ever read. 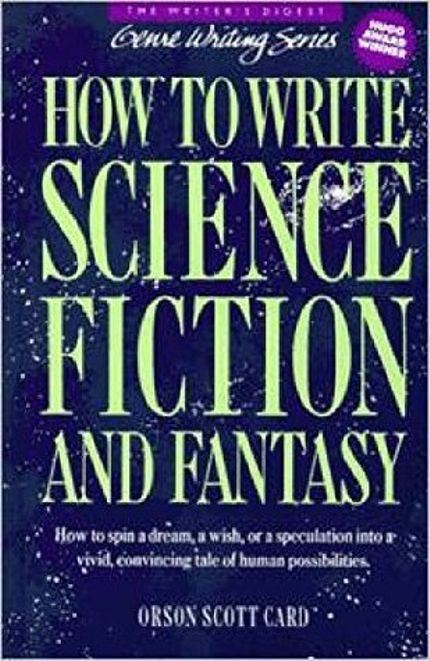 Part memoir, part MFA-course-in-a-book, Stephen King’s On Writing is one of the best books on writing ever written—period. But it holds a special appeal for genre fiction fans, as King includes tidbits that will help writers of horror and fantasy, among other genres. The blunt advice and sometimes overly general rules have led some of the literati to look down on this one (it seems likely that King’s mass appeal didn’t help, either), but they’re just being snooty: for practical advice on the craft of writing, this is one of the best. 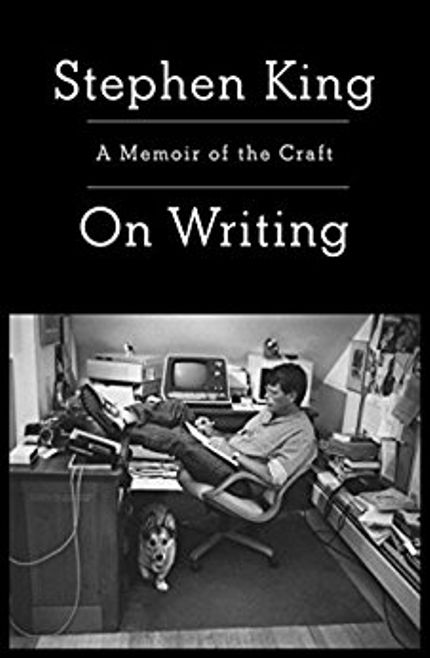 Want more from your favorite sci-fi and fantasy authors? Subscribe to The Portalist's newsletter and get out-of-this-world stories delivered straight to your inbox!

Words Are My Matter

There are two types of writing books: ones that lay out rules, tips, and techniques, and ones that speak broadly about art, purpose, and big picture decisions. We have a few of each on this list, and Le Guin’s book is firmly in the latter camp. Aspiring writers need a little bit of both instruction and inspiration, and Words Are My Matter is among the best possible ways to get some of the latter. 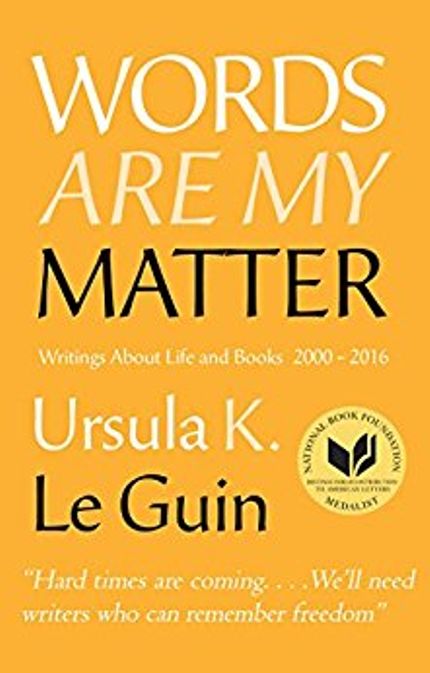 YA fantasy fans will remember Gail Carson Levine for her novel Ella Enchanted, among other works. In Writing Magic, Levine shares her techniques for crafting engaging fantasy stories. Readers get tips on everything from plot to dialogue, plus a bunch of helpful writing exercises for putting Levine’s advice into practice. 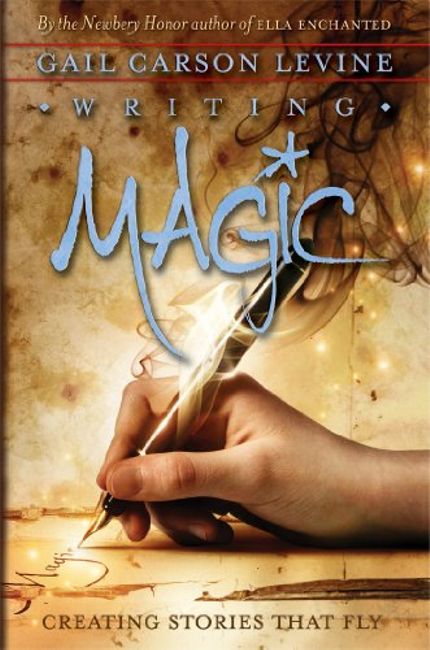 Okay, so this is technically an essay, but it has been published as a (very short) book, so I say it counts. Orwell’s rumination on his life and writing focuses on the things he felt drove him to write, which he narrows down to four key impulses. This is a careful and organized piece of writing-on-writing, and it’s certainly one of the best books on writing, assuming you count it as a book. 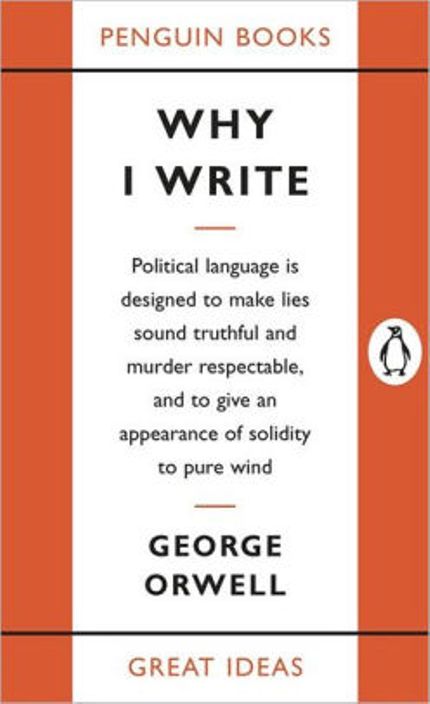 Want more from your favorite sci-fi and fantasy authors? Subscribe to The Portalist's newsletter and get out-of-this-world stories delivered straight to your inbox!

The Art of Language Invention

When George R.R. Martin’s epic series A Song of Ice and Fire made the jump to TV screens as Game of Thrones, his fictional languages had to be expanded to accommodate lines the show added.

Enter David J. Peterson, who developed Dothraki into a real language that the series' screenwriters could use extensively. If you want to top George R.R. Martin’s efforts and give your sci-fi or fantasy story a real, functional language, then this is the book for you: it’s the best book on writing in languages that don’t exist yet. Read it carefully, and Peterson won’t have to fix your language for you when you sell your novel’s TV rights to HBO. 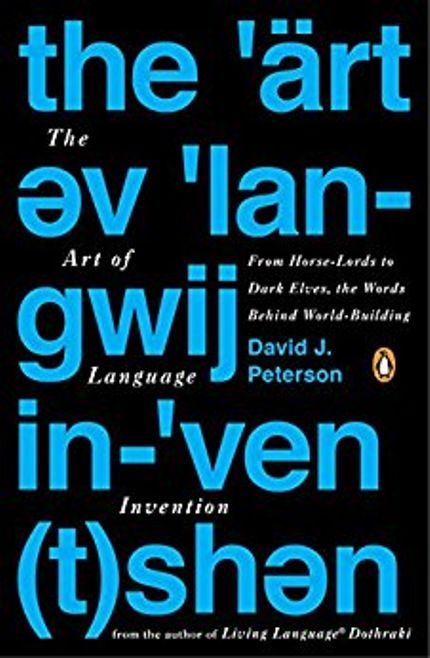 Get Started in Writing Science Fiction and Fantasy

Roberts’ book is aimed at newcomers to the world of writing, and it does a great job of getting future sci-fi and fantasy writers off and running. It’s a straightforward book with a nice blend of advice and inspiration—a sort of all-in-one primer in the art of writing genre fiction. It’s one of the best books on writing for the inexperienced. Consider it your 101-level course.

You can teach technique in writing, but not imagination—right? Wrong, says VanderMeer, and he wrote Annihilation, so I guess we have to take his word for it. In Wonderbook, VanderMeer ambitiously sets out to help readers get creative, and he does it with a rule-breaking book full of illustrations.

Like Stephen King’s On Writing, Wilhelm’s Storyteller blends personal stories with lessons in the art and science of writing fiction. Wilhelm’s fantasy and science fiction resume was beyond reproach (she won both the Hugo and the Nebula), and this volume shows that she was as good at explaining her writing as she was at, well, writing it. 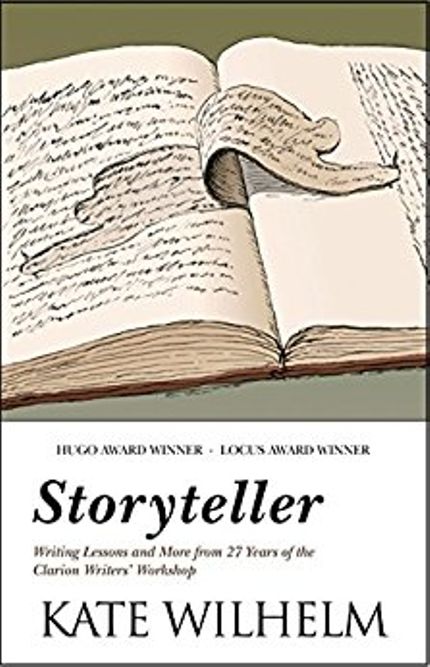