The prescient author of Islands in the Net and Schismatrix foresaw many aspects of modern life.

Journalist, award-winner, and co-founder of science fiction’s cyberpunk movement, Bruce Sterling has always operated decades ahead of the rest of us.

Born in 1954 in Brownsville, Texas—the son of an engineer and grandson of a rancher—Bruce Sterling has traveled the world, speaking and interviewing experts in technology, design, and the future of everything. Of his training as a journalist, he writes: “Although I write fiction, I have always felt that the ethical framework of a journalist was a good moral structure for me. By my nature, I'm a curious wanderer, recklessly keen to pry into many odd things that are basically none of my business. The ethics of journalism, which were diligently taught to me by the professionals of an earlier generation, have helped me to do less harm.” Here are some of the many thought-sparking statements Sterling has made during his decades as a curious wanderer.

This haunting quote comes from a 2008 article Sterling wrote about director Luc Besson's plans to transform an abandoned power station into a film studio. The quote evokes images of humanity's ceaseless appetites, a theme which Sterling explored to great effect in his first novel, Involution Ocean, a science fiction retelling of Moby-Dick. The book was published as part of a series of books by new authors discovered by legendary author/editor Harlan Ellison. 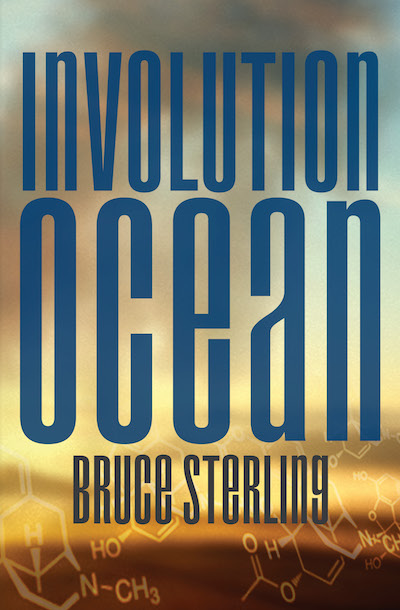 It seems self-evident now, but when Sterling said this in a 1988 interview with NPR’s Fresh Air, the U.S. power structure was a lot more monochromatic. Part of the job of a futurist is being able to expand on cultural and demographic trends. This is how Sterling describes the dangers of being a futurist in his nonfiction book Tomorrow Now: Envisioning the Next Fifty Years: “The future is the largest of all possible subjects ... Someone who could give you a detailed, fully accurate portrait of tomorrow would not be human but a wizard. Such a prophet would also be very dangerous and very uncanny, and would have to be arrested.”

Published in the same year as the Fresh Air interview, Sterling’s novel Islands in the Net forecast a near future in which corporations are the true global powers and information the most valuable currency. The present has caught up with his fiction. 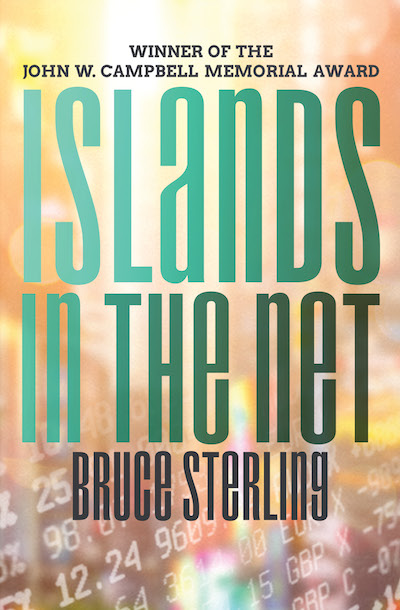 Sterling was the founder of the Viridian Design Movement, which tied together environmental design, techno-progressivism, and global citizenship. The Viridian Design speech, which kicked off the movement in 1998, expanded on this quote. “A historical analysis of our own situation is the vital first step toward framing the future. Because when we understand the present, we are stalking the future, we have sneaked up as close to the future as we can get. The future is latent here, its seeds are all around us. The future is already here, it's just not well distributed yet.”

Sterling predicted social-media celebrity decades ago. His 1980 novel The Artificial Kid is about a young street fighter who continuously films himself using remote-controlled cameras. 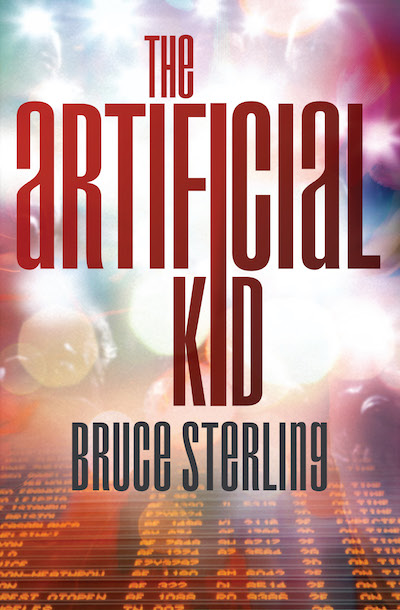 ‘Nuff said? This quote comes from Sterling’s 1998 novel Distraction, a finalist for the Hugo Award.

In Schismatrix, a finalist for the Nebula and British Science Fiction Association awards, Sterling cast his futuristic vision into the 23rd century, when the solar system is divided between the "Shapers," who are employing genetics and psychology, and the "Mechanists," who use computers and body prosthetics. Schismatrix Plus also includes all the short fiction set in the Shaper/Mechanist universe. 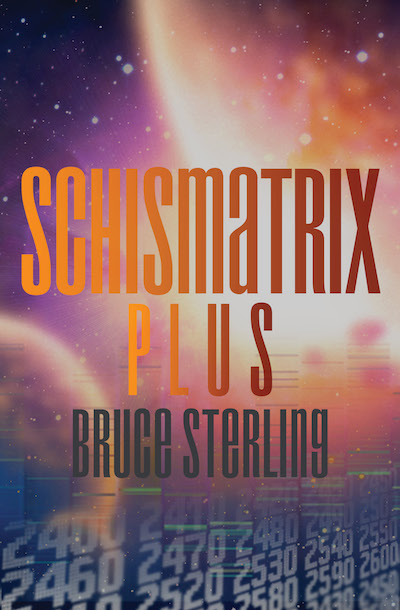 This quote, from Sterling’s 2014 ebook The Epic Struggle of the Internet of Things, puts into clear language the vaguely understood suspicions many internet users have about being not a cog in a machine—that’s so last century—but a living collection of data that is used to manipulate us. 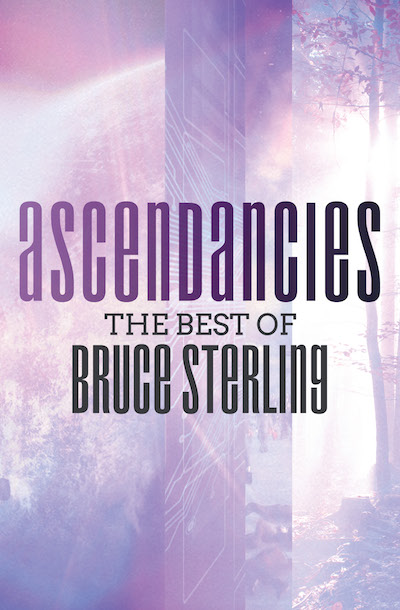 This quote comes from Sterling's 1992 nonfiction book The Hacker Crackdown: Law and Disorder on the Electronic Frontier, his investigation into the early years of cybercrime. 25 years later, Sterling wrote an as-yet-unpublished short piece looking back on that book.

In reflecting on the landmark text, Sterling remarked that though the methods and extent of computer hacking have evolved exponentially since 1992, the underlying wrongness of digital crime hasn’t changed, nor has its unpredictability.

And there we have our marching orders, from Bruce Sterling and Jon Lebowsky's State of the World 2014 dialogue.

Want more Bruce Sterling? Sign up for our newsletter and get the best in fantasy and sci-fi sent straight to your inbox.