Celebrate the late author's 77th birthday with these fascinating facts about the Jurassic Park author.

In his 66 years of life, Michael Crichton totally transformed the landscape of sci-fi pop culture.

The med-student-turned-author wrote 18 novels under his own name, and many others under his two pseudonyms. He directed seven films—one of which pioneered cutting-edge technology that forever changed modern filmmaking—and created the beloved medical drama E.R..

Now, more than a decade since his death from cancer, Crichton's work is still changing the way we see the world around us.

The third season of Westworld, HBO's award-winning series adaptation of his movie of the same name, is set to premiere in 2020. The third movie in the Jurassic World trilogy, inspired by Crichton's wildly popular novels Jurassic Park and The Lost World, is on the horizon for 2021. Crichton's historical fiction novel Dragon Teeth, a paleontology adventure story, was published posthumously in 2017 and is slated for a TV adaptation; Andromeda Evolution, a sequel to his apocalyptic novel The Andromeda Strain, comes out November from author Daniel H. Wilson.

In other words, to paraphrase Jurassic Park's Dr. Ian Malcolm, Crichton's legacy continues to find a way. In celebration of his birthday on October 23rd, let's take a look at the man behind some of today's most popular science fiction properties.

RELATED: All the Jurassic Park Movies, Ranked from Worst to Best 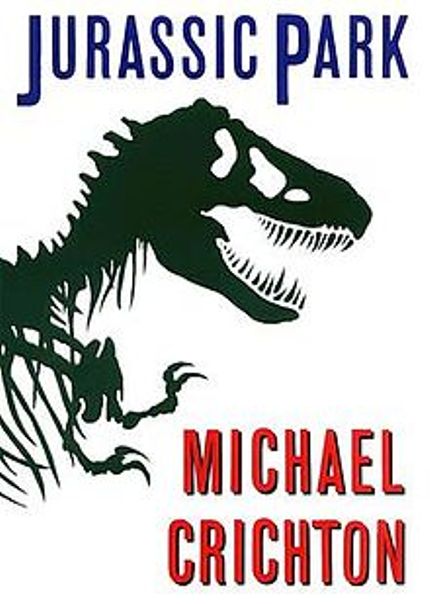 Want more Michael Crichton? Hold onto your butts! Sign up to get sci-fi sent straight to your inbox.

Throughout his life, Crichton had an appetite for adventure and travel. He published his first piece of travel writing at the young age of 14, after his father — the editor of Advertising Age — encouraged Crichton to submit an account of their Arizona family vacation to the New York Times.

While attending Harvard for undergrad, a literature professor gave Crichton harsh criticism for his writing. To 'expose' the professor as a fool, Crichton plagiarized a George Orwell essay and submitted it for the class. He was given a B+. Crichton found the experience disheartening, and switched his major to cultural anthropology.

After undergrad, Crichton planned to enroll in med school, despite his interest in writing. At the time, young Crichton felt he was unlikely to ever making a living on his books alone, and he didn't like the thought of sneaking writing in after a day job. Instead, he decided to pursue becoming a doctor, a job where he felt he would at the very least always be making a positive difference.

Crichton enrolled at Harvard Medical School, and in 1965 began writing novels to help pay for train tickets during his studies. His first published novel, Odds On, was deemed 'too saucy' by a Doubleday reader and passed on to New American Library. The heist novel was written under the pseudonym John Lange.

Soon, Crichton was finishing novels with such frequency that he needed a second pseudonym, Jeffrey Hudson. At one point during medical school, Crichton wrote as many as 10,000 words per day. One Jeffery Hudson novel from that period, A Case of Need, went on in 1969 to win the Edgar Award for Best Mystery. The celebrated medical thriller follows an investigation into the death of a daughter from a prominent family who is killed while getting an abortion. 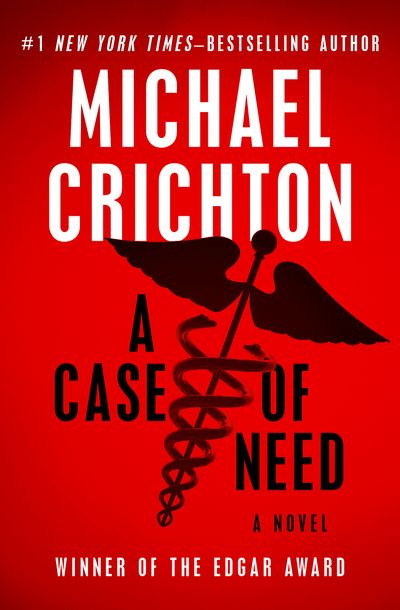 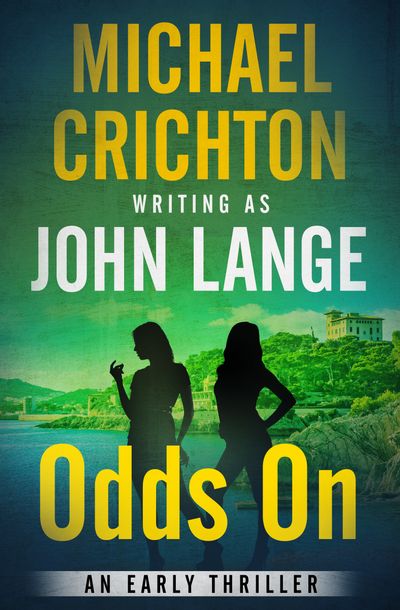 Crichton towered over most people. His pseudonyms were each nods to his extraordinary height: Lange is a German surname that means 'long', and Jeffrey Hudson was a little person at the court of Charles I.

In a 1981 People profile, Crichton cheekily informed them "There's a sexual connotation to being tall, and let me tell you, all the rumors are true!"

Despite his sense of humor about himself, the author often felt that his height made him stand out too much from others, and consequently was fairly shy. 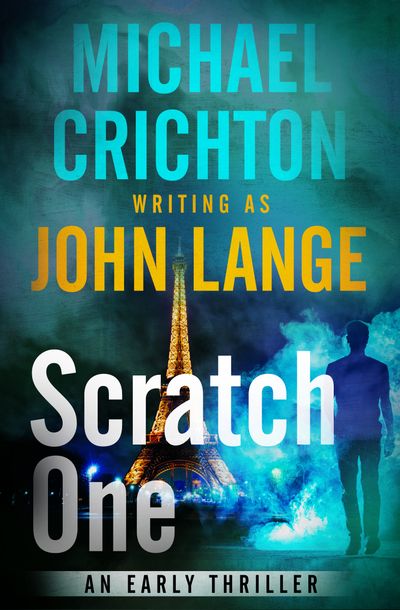 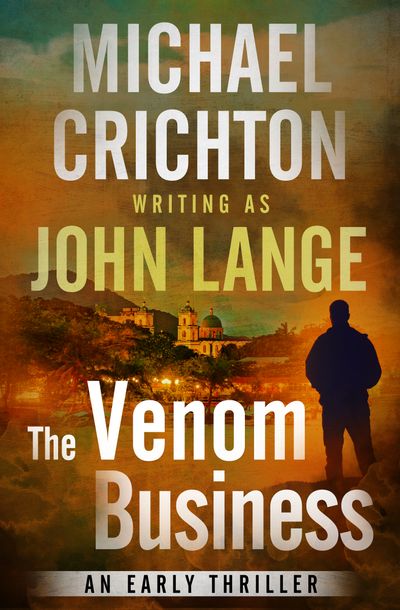 In 1969, his final year in med school, Crichton published the first book under his own name: Andromeda Strain. It had taken him three years to complete the novel, his first-ever sci-fi title. The thriller about a deadly extraterrestrial micro-organism was a runaway success for the med-student-slash-author. Years later, Crichton told The Chicago Tribune he had been surprised by positive responses to the novel, in part because he had assumed the subject would not be as interesting to others as it was to him: "The success of Andromeda Strain was a tremendous shock. We all perceived it as a very technical kind of story that wouldn`t interest a large audience.'' The book made the New York Times Best Seller list, and was sold to Universal then adapted into a feature film by Robert Wise.

Following the success of The Andromeda Strain and the other novels he wrote during med school, Crichton never pursued medicine, devoting himself to writing full-time instead. Crichton would later say that although he never practiced medicine, the skills he learned in school of problem-solving and staying alert even at his most sleep-deprived would serve him well as a director.

Soon after Crichton sold the rights to Andromeda, he visited Universal and was introduced to Steven Spielberg, who at the time was at the beginning of a TV contract with the studio. Spielberg was asked to give the author a tour of Universal Studios, and the two wound up hitting it off. They remained friends throughout Crichton's life, and went on to collaborate on ER, Twister, and Jurassic Park. 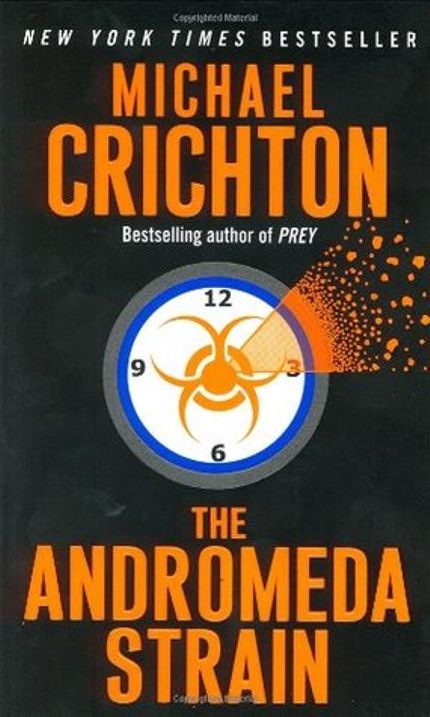 Crichton made his directorial debut with 1973's Westworld, a movie for which he also wrote the script. Set in a Western amusement park filled with murderous robots, Crichton wanted to film some scenes from the point of view of a homicidal robot gunslinger (played by Yul Brynner).

First, Whitney separated all of the footage shot from Brynner's viewpoint into small squares, calculating the average color in each. He then used one of the few machines in L.A. at the time that could scan film onto a computer, and uploaded the film in order to create the pixelated effect seen in the movie.

The process was painstaking, but the results impressive. In terms of using effects, Crichton was years ahead of his more experienced peers — Westworld was the first movie to ever use 2D CGI, and few films in the 70s followed suit. Now, of course, it's a staple in movies and TV.

Crichton told People that he often ate the same meal every day while working on a book, out of a "desire to freeze time until the book is over, to hold the conception."

For instance, while writing Congo, he ate barbecued beef and salad religiously. His daily diet while writing The Great Train Robbery was just tuna fish. 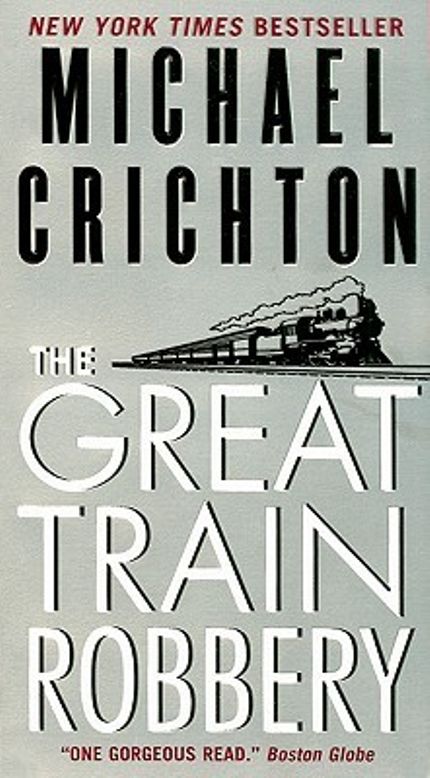 Want more Crichton? Hold onto your butts! Sign up to get sci-fi delivered straight to your inbox. 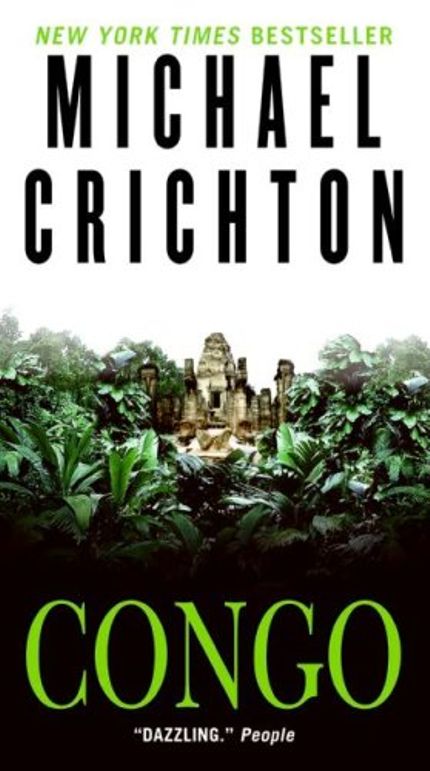 In 1995, Crichton made history when he had both the number one movie (Congo, based on his book), the number one TV show (ER, which he created) and the number one novel (The Lost World). He repeated that success in 1996 with the continuing domination of ER, the release of the airplane disaster book Airframe, and the movie Twister, which he co-wrote with his then-wife, actress Anne-Marie Martin. 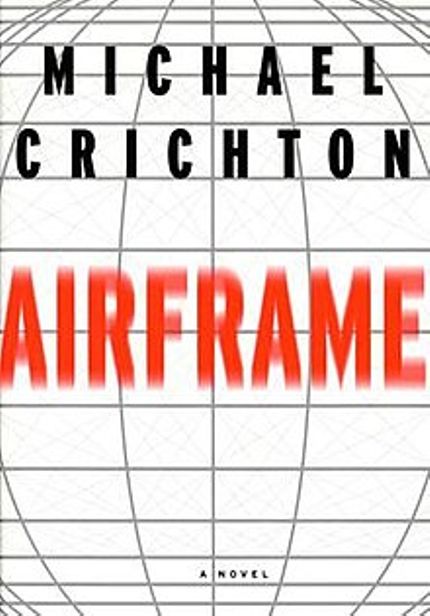 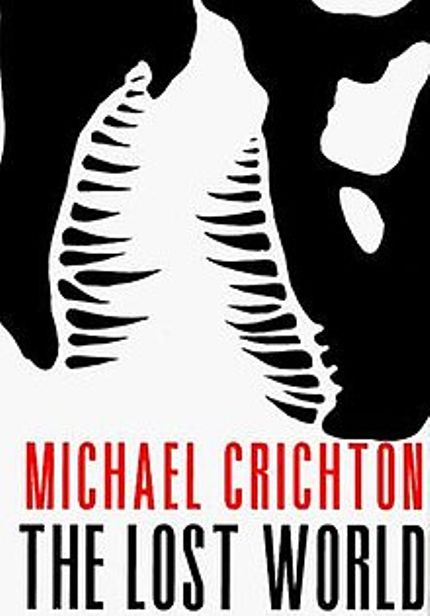 Crichton amassed truly impressive, museum-quality pieces of art throughout his career, although he was very private about his colllection. When he passed away, his trove of art was valued at $69 million, and included Picassos, Warhols, and Koons.

He was also a fan of musicals, and once told People that given the chance he would love to work on a movie adaptation of A Chorus Line.

In 2002, dinosaur specialist Dong Zhiming named a genus of ankylosaurine Crichtonsaurus bohlini in honor of the author. Crichton said at the time, “For a person like me, this is much better than an Academy Award."

Ironically, Crichton was aware that because his novels had a reputation for being enjoyable to read, they were sometimes dismissed as being less intellectually valuable than denser works. But to Crichton, there was no calling more noble than spinning an engrossing story. Speaking to The Chicago Tribune in 1987, he addressed the misconception that books which are fun and enjoyable can't also convey important concepts:

The cues we take for `important` books mean we have to struggle and stumble and probably not even finish the things. They become totemic objects, these books. But they`re exhausting only because the people who wrote them didn`t make the effort to clarify their thinking, then clean up the prose and make it flow. Why shouldn`t a book that handles important or difficult ideas also be interesting to read?

Certainly, Crichton conveyed vital scientific ideas in his compellingly readable novels, introducing countless readers to concepts like genetic engineering and nanotechnology. Through it all, like his literary heroes Arthur Conan Doyle and Robert Louis Stevenson, his focus was on spinning a good yarn. Crichton's success at that is evident in the enduring interest in his novels and films today.