Margaret Atwood Confirms a Sequel for The Handmaid’s Tale

Welcome back to Gilead! Margaret Atwood has announced a sequel to The Handmaid’s Tale, set 15 years after the end of the first book.

Blessed be the fruit: Margaret Atwood has recently confirmed that she's writing a sequel to The Handmaid’s Tale.

The follow-up will be called The Testaments, and set 15 years after Offred’s final scene in The Handmaid’s Tale. Atwood stated that she was inspired by all the questions that followed her iconic 1985 release. The novel has garnered critical acclaim and global success, with over 8 million English copies sold.

Yes indeed to those who asked: I’m writing a sequel to The #HandmaidsTale. #TheTestaments is set 15 years after Offred’s final scene and is narrated by three female characters. It will be published in Sept 2019. More details: https://t.co/e1umh5FwpX pic.twitter.com/pePp0zpuif

The Handmaid’s Tale is a dystopian novel set in a near-future totalitarian state which has overthrown the U.S. government. In the theocratic dictatorship of Gilead, women have been stripped of their rights—they are even forbidden from using their birth names—and are forced into sexual servitude. Many women have become infertile, so those who can still conceive are used as “handmaids," and forced to bear children for government officials whose wives are unable to. Atwood’s dystopian world-building is gradually paced, but as the story progresses, it creates a harrowing portrait of an oppressive — yet frighteningly plausible — culture. The novel is powerful and frighteningly relevant in our current political climate. 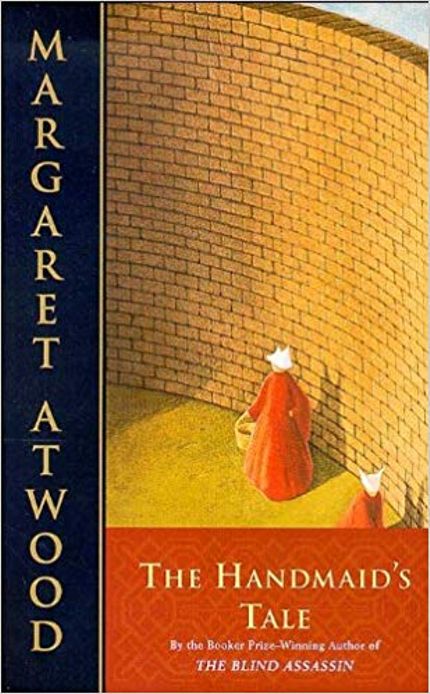 The original book is widely considered a feminist classic. In recent years, it has continued to strike a chord with women protesting in support of reproductive rights; some women have even attended demonstrations wearing the wardrobe of the handmaids: red cloaks and white bonnets. It's likely that gender politics in The Testaments will also be very relevant to current events, since Atwood said in her Twitter announcement that "the world we've been living in" was one of her primary inspirations for the sequel.

Don't let the bastards grind you down: Sign up to get the best in sci-fi and fantasy sent straight to your inbox.

In 2017, The Handmaid's Tale was adapted into a Hulu drama. The show has received widespread critical acclaim, and won eight Emmys with its first season. It also became the first streaming series to win the Golden Globe for Best Television Series - Drama. There are two seasons currently available, with a third on its way.

Very little information has been released about the novel sequel, but we do know that The Testaments is not expected to follow the second season of Hulu’s The Handmaid’s Tale. The novel will follow the point of view of three female characters, and it's not known yet whether one of those women will be Offred. It is still unclear on how the sequel will relate to the first book, if at all. What we do know for sure is that The Testaments is set to be released in September 2019 — and we can’t wait.