The History of Graphic Novels

What exactly are graphic novels, and where did the term originate?

Comic books might once have been seen as kids’ stuff, but these days they’re big business. In fact, most of the top-grossing movies of the last decade have been comic book adaptations. As the medium changed over time, evolving to tell different kinds of stories and appeal to different audiences, the terminology that we use to describe it has changed, too.

The term “graphic novel” was first coined in 1964, by fan historian Richard Kyle. Will Eisner’s famous A Contract with God, published in 1978, was one of the earliest works to use the term in its branding, and helped to popularize it among comic book fans. In short order, it was followed by Marvel’s Graphic Novel line, which were published in oversized formats similar to the “albums” in which French and other European comics were frequently collected.

Yet, the form that the term describes had already been in existence for years before Kyle coined the definition. In fact, the oldest example might well be an 1837 publication by Swiss caricaturist Rodolphe Topffer, published in English as The Adventures of Mr. Obadiah Oldbuck.

Want more graphic novels? Sign up to get the best in SFF sent straight to your inbox!

So, just what is a graphic novel? Despite the widespread use of the term in the last half-century, its definition has never really become fixed. Merriam-Webster defines it as “a fictional story that is presented in comic-strip format and published as a book.”

Within the comic book industry, graphic novels are often distinguished from what are known as “trade paperbacks” or “trades” by the fact that the graphic novel is published first as a book, rather than serialized in individual issues, whereas trades are usually collections of comics that were previously published as single issues.

Eisner’s A Contract with God may have been notable for its use of the term in its branding, but there have been numerous claims put forward as to what was the first “American graphic novel.”

Some have argued that title should go to Stan Lee and Steve Ditko’s Doctor Strange, which ran for 17 issues of Strange Tales between 1965 and ’66, while others have claimed that the honor goes to “Panther’s Rage,” the first known multi-issue story arc that had its own title, which ran from 1973 to ’75 in the pages of Black Panther.

These, however, were fundamentally serialized stories, told in the pages of individual comics. Not what the term would later describe.

Blackmark, a sci-fi sword-and-sorcery tale by Gil Kane and Archie Goodwin, is closer to what we think of as a graphic novel today, though it didn’t use the term until years later, when the back-cover of the 30th-anniversary edition proclaimed it “the very first American graphic novel.”

Some of the first books to actually use the term in their own marketing, however, hit stands around 1976. Bloodstar, adapted by Richard Corben from a story by Robert E. Howard, Jim Steranko’s Chandler: Red Tide, and Racket Rumba from Flying Buttress Publications all made use of the term early on.

However, as we already mentioned, the graphic novel had plenty of precursors, even before the term itself had been coined. (Even those books had already been beaten to the punch by DC’s The Sinister House of Secret Love, published in 1972, which used the phrase “a graphic novel of Gothic terror” right on its cover.)

RELATED: The Beginner's Guide to the Sandman Comics by Neil Gaiman

In the 1940s, the Classics Illustrated line put out public domain novels adapted into sequential art form, while the 1950s saw the advent of “picture novels,” often aimed at adults, beginning with the noir It Rhymes with Lust. These helped usher in the other connotation that the term “graphic novel” often carried—they were more likely to be aimed at grown-ups.

When Richard Kyle coined the term, he didn’t necessarily just mean comic book stories that were published as standalone books. He was also looking for a way to distinguish between run-of-the-mill comics and those that were more “artistically serious.”

This connection between the term “graphic novel” and stories aimed at more adult audiences helped to cement the kinds of stories that tended to get called graphic novels—or, indeed, receive the standalone treatment—for years to come, thanks in no small part to the association of the term with prestige comics like Eisner’s A Contract with God. 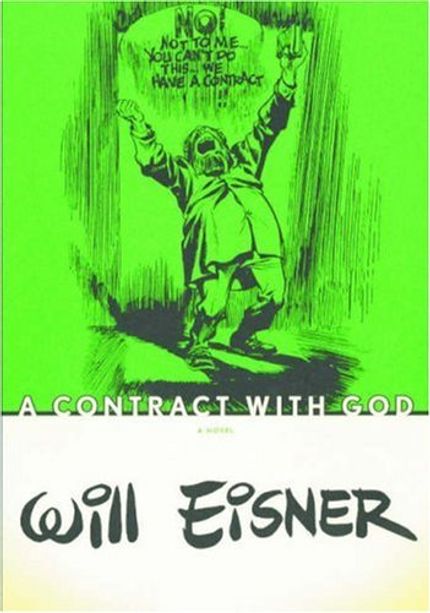 The rise in graphic novels also coincided with the development of the “direct market” for American comic books, which led to our friendly local comic shops of today. Prior to the 1970s, comic books were primarily stocked at newsstands, grocery or drug stores, and toy shops. While there were a few specialty comic book shops, they were far from ubiquitous.

As the direct market model changed how comic books were sold, the room for “prestige” treatment books such as graphic novels and hardcovers grew, thereby helping to buoy the success of the format. Though it had been around for decades by then, the term really entered the public consciousness in the 1980s. The direct market model was booming, comic book stores had largely replaced spinner wracks and newsstands for purchasing comic books, and a handful of popular works helped even folks who didn’t regularly read comics to understand the idea of the graphic novel.

While a few of these—including Frank Miller’s Batman: The Dark Knight Returns and Alan Moore’s Watchmen—were not graphic novels in the standalone sense, having originally been published as single issues, they achieved massive success in trade format, helping to popularize the idea of reading comics in thicker volumes. More accurate to the idea of the graphic novel as a self-contained work was the success of Art Spiegelman’s two-volume Maus, which won the Pulitzer Prize. 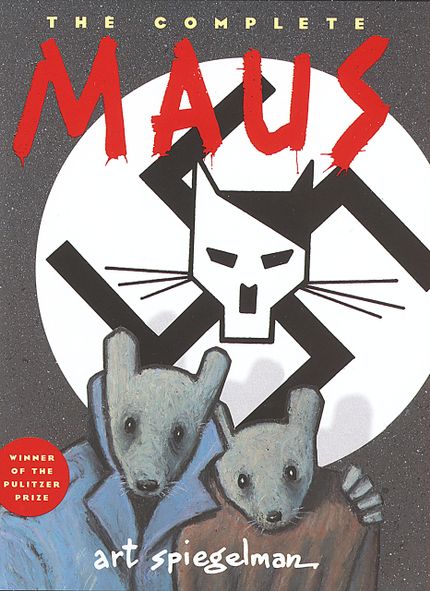 Of course, this brief summation primarily only covers American comics, whereas comics from Europe, Japan, and other nations have their own histories of similar processes, including the “graphic albums” of France and continental Europe, which had their own influences on the publication of the earliest American graphic novels.

Today, the graphic novel—whatever that means, and whatever you want to call it—is as much a part of the comic book landscape as single issues or collected trades. They can be found as standalone stories highlighting “serious” themes and tackling highly “literary” subjects, such as Marjane Satrapi’s Persepolis or Emil Ferris’ My Favorite Thing Is Monsters, or as “breakout” tales in larger continuities and franchises, such as the Hellboy books Into the Silent Sea and The Midnight Circus.

Whatever form they take and whatever they’re about, graphic novels seem to be here to stay, and as comics become a bigger and bigger part of our cultural landscape, these “prestige” format volumes are likely to become ever more popular and prolific.

Want more graphic novels? Sign up to get the best in SFF sent straight to your inbox!