Five years ago, an alien ship came to Water Island in the Virgin Islands. Since then, humans have had an uneasy truce with the Ynaa, a race of impressive alien beings on a mission they refuse to disclose. Their truce is threatened when a young Virgin Island resident hits a Ynaa,and she responds by striking him back. The force of the blow kills the boy, and irreparably fractures the uneasy peace between humans and extraterrestrial visitors.

A resident of Water Island, 22-year-old Derrick knows first-hand how deadly the Ynaa can be. Yet unlike Derrick's family, and many of his neighbors, the Ynaa's strangeness compels rather than repels him. In the following excerpt, Derrick takes out his boss, Mera — the Ynaa's ambassador. Derrick is confused by his attraction to the taciturn female, but not as scared as he knows he should be. And his decision to associate socially with a Ynaa may mean expulsion from his own community... 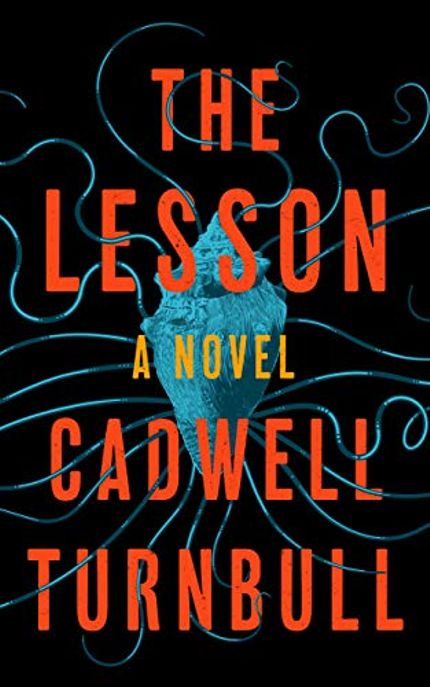 They left a bit early together, Mera not far behind him but keeping a little distance. Even with that, they caught confused and judgmental looks from the people they passed, a few from people he knew. He kept walking without a word. This was the way of it, no matter what. And Derrick wasn’t trying too hard to hide the fact that they were leaving together.

The Legislature was on a small peninsula right up on the ocean, the building surrounded on three sides by parking lots, two of which hugged the water. Derrick and Mera walked around the back, where the lot turned to gravel and the cars lined the open edge. In some places, beyond the parked cars were rocks leading into the ocean waves; in other places, there was only a sudden dip into the sea.

Want more sci-fi? Sign up to get our recommended reads sent straight to your inbox.

Derrick was parked in the latter area and had to walk the small space between his old Honda and the ocean, the weak waves beating halfheartedly against the rocks below. When he reached the door, he stopped. Overhead, seagulls soared, their calls mixing with the distant honking of car horns. Out on the water, a pelican plunged from high up. Derrick watched it lift its head, a silver fish flapping in its beak for an instant before disappearing into its throat pouch. He still marveled at the sight.

As he turned back to the car door, he caught Mera observing him, and that sudden feeling of smallness returned. Did she see him the way he saw the pelican, as some lesser creature? Some quaint marvel?

Pushing the thought from his mind, he got into the car and unlocked the passenger side so Mera could get in. She opened the car door, its old hinges creaking, and got in without a word.

RELATED: 8 Books About Alien Contact and Messages from Outer Space

Derrick awkwardly moved all the junk near her feet onto the backseat. “Sorry about the mess.”

Just then a group of people passed. Their voices were hushed, and their eyes were too deliberate in avoiding the car. Mera whipped the seat belt around her chest. The whir of the woven polyester unreeling, and the soft click of the metal tongue into the buckle were the only sounds in the quiet car.

“What about you? Aren’t you taking a risk?”

“If you mean socially, there is little risk for me. My people already see me as a sselree.”

Seeing Derrick’s inquisitive stare, she added, “A lover of the weak.”

So you are an outsider, he thought but didn’t dare say. It was enough to know that he was right about her.

He knew of the Ynaa’s famous arrogance, had known since he first saw one of them speak on television. “We will help you, and for it, you will give us a place among you,” that one had said before waving the microphone away as if it were a pesky fly, the cameras flashing on his dark almost-human face. And in those words, Derrick had heard, We will save you because you are weak, and we will take because we are strong.

His phone rang. His ring tone was an old tune from a local reggae artist. “Bat, bat, bat them off,” the phone yelled, a racket of percussion and brass accompanying the vocals.

It was his grandmother. “Bring me some cooked food, no?”

“Grams, I can’t do that right now. I out with somebody.”

“I raise you up and you can’t bring me a plate of food? Ungrateful children these days, I tell you.”

Grandma chupsed her teeth, making a loud sucking sound through the phone. “Come on, child. I not feeling up to slaving at the stove.”

“Fine. I gon bring some ribs and rice from Texas Pit.”

Derrick stopped at Texas Pit, a food cart along the way, and then went up the hill to Upper John Donkoe, where he lived with Grams and his little sister. He raced up the narrow, winding roads as fast as he could, making the necessary hairpin turns to avoid flying off the soft shoulder. He got to a two-way road barely big enough for one car and had to squeeze past a Jeep. The low- hanging arms of trees reaching out into the road knocked against his car rickety-tick-tick as the driver’s-side tires roughed it over soft earth and hard rocks.

He pulled into his driveway. “I’m really sorry about this. My grams—”

Mera waved him off in a surprisingly human way. “I’ll be here.”

apartment. He met Grams on the porch. She sat staring out into the dense tree line in front of their apartment, her hand resting on the small coffee table beside her. She was in her nightgown, her wavy graying hair lank on her shoulders. Her thin lips were pursed. Something was wrong.

She barely looked up at him before saying, “So I heard about poor Mr. Anderson today.”

“The man who came by your job. Poor man had to bury his dog in two pieces.”

Derrick placed her food on the table. “How you know about that?”

“This island is thirty-two square miles of people talking. How could I not?”

“Did it get ’round that his dog wasn’t on a leash? That it attacked that man and—” “Demon,” she said, cutting him off. “No man could tear a dog down the middle with their bare hands. Is a devil, he is.” “Grams, they’re aliens.”

Derrick knew that it made no sense to argue. He could see the conversation in all its variations, and it would boil down to the simple truth that separated them. They each did not believe the other’s version of the world. It wasn’t something that could be resolved with talk.

“I hope you not going out with that one from work.”

Derrick didn’t bother to ask how she knew. Grams had her spies, and even if she didn’t,

there was no shortage of people ready and willing to call her up and tell her what her grandson was up to every minute of the day. It could have been any of the people he passed as he left work, or any random person who peeped him on the way home. He had a feeling it was somebody from the Legislature, however, because of the timing of her call.

He tried to smile. “We’re just going out to listen to some music, Grams.” Immediately, he wondered why he even answered.

“You best stay your butt in this house.”

“Enjoy your food, Grams. I’ll be back later tonight.” He walked toward the stairs. “Where you think you going?”

“If you leave this house tonight, you better find yourself a new one in the morning.” Derrick knew his grandmother enough to know when she was serious. People like Grams did not back down from being challenged.

Still, he had already chosen long before this. He’d made a million decisions before this one, and they all pointed to Mera.

When he left, he could hear his grandmother yelling from the bottom of the stairs. “They kill people!” she was saying.

This was true. But maybe Mera would be different.

A gripping exploration of human identity and belonging, The Lesson is the perfect read for fans of The Three-Body Problem trilogy or Octavia Butler’s Xenogenesis Series. This Virgin Island-set alien invasion story questions the human fear of otherness, centering around a local young man who connects with Mera, a pariah among the extraterrestrial colonizers. Derrick's decisions will change the future of human and Ynaa forever.

This post is sponsored by Blackstone Publishing. Thank you for supporting our partners, who make it possible for The Portalist to continue publishing the stories you love.