Sometimes, the situation here on Earth can seem pretty bleak. But look on the bright side: Unlike the humans in these 12 harrowing alien invasion books, at least we don't have extraterrestrial politics to contend with! (Yet...). From a book about a spaceship landing in a Midwest field to an alien race that wants to breed with humans, these stories are anything but ordinary.

Settle in for these 12 thought-compelling, terrifying tales of otherworldly visitors, and cross your fingers that when and if first contact happens, we'll be ready to welcome our alien overlords. 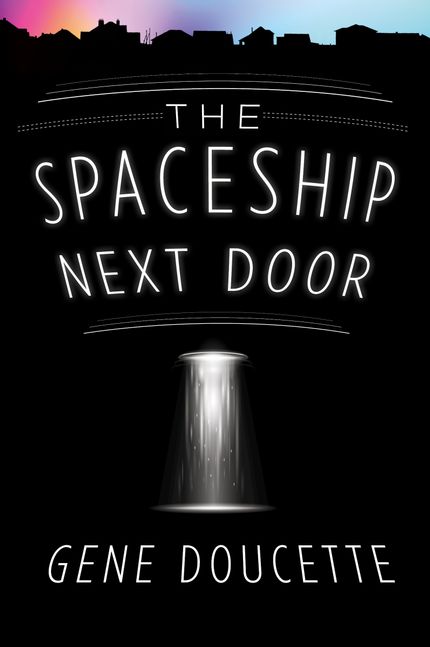 The Spaceship Next Door

The first book in the Sorrow Falls series introduces readers to 16-year-old Annie Collins. Three years ago, a spaceship landed in an open field next to her Massachusetts home. Its doors never opened, but people haven't stopped wondering why it landed or what is inside. Enter Edgar Somerville, a government agent posing as a reporter, who thinks something is in fact happening in this small town. As he and Annie work together to find out why this spaceship has landed and what it means, it becomes increasingly clear that Annie is the key. The series continues with The Frequency of Aliens.

The Spaceship Next Door 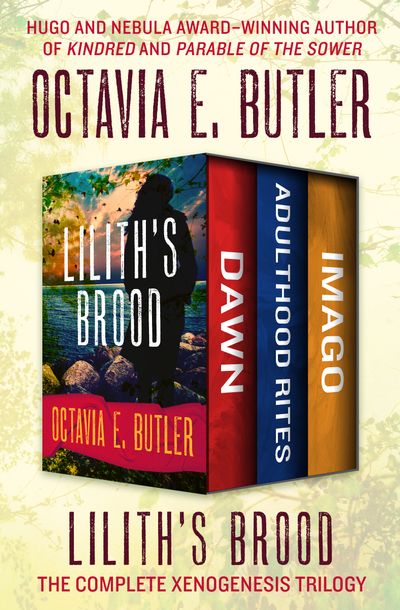 In Octavia Butler's Dawn, the first book in the series originally called Xenogenesis (now Lilith's Brood), the relationship between human and alien 'invader' is incredibly nuanced. The protagonist, Lilith, awakes in the hold of a mysterious spacecraft. She's been unconscious for centuries, since a nuclear holocaust destroyed much of humanity, including her family.

Lilith and the other humans on the craft have been rescued by the alien race Oankali, but the help from the Oankali comes with a price. The Oankali can help humans return to and resuscitate Earth, but they also long to breed with humans in order to create a generation of children better than their Oankali and human parents. The Oankali may be less invasive and certainly less explicitly violent than other alien species on this list, but Butler's story of identity, home, and what makes us human is gripping and terrifying nonetheless. 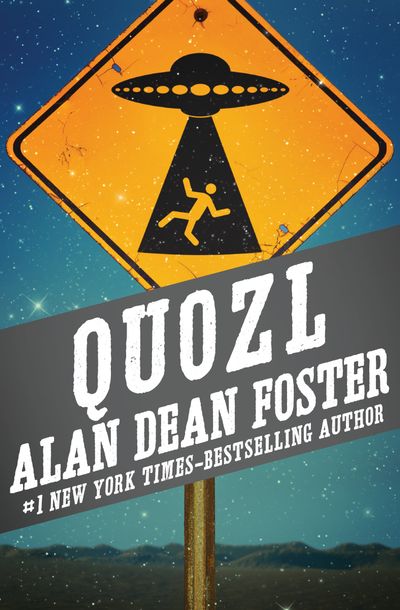 Earth is in the midst of World War II, but the Quozl don't know that. An alien race comparable to Earth's rabbits, the Quozl need a new home after overpopulating their own planet. But they weren’t prepared for the bad behavior of the violent bipeds already living on the third planet from the Sun. Although the Quozl are able to live undetected at first while the humans are distracted by their war, with the alien population growing, it won't be long before the rapidly reproducing rabbits are discovered...

The year is 2054. World War III seems inevitable, the LGBTQ+ community faces unprecedented oppression, and Earth is in the throes of disastrous climate change. When astrophysicist professor Aurora Bell hears the message ‘we’re coming’ transmitted from deep space, the already chaotic remnants of society are sent into an uproar. Through the use of multiple points of view, The Coming offers a disconcertingly realistic portrait of how alien visitors might be received in a dystopian near future that's eerily reminiscent of our present. 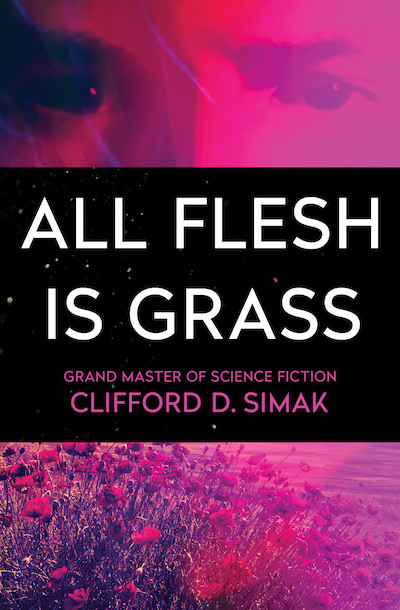 All Flesh Is Grass

Nominated for the 1966 Nebula Award for Best Novel, Simak’s book follows Brad Carter—a man on the brink of bankruptcy in Middle America when his town is enclosed by an invisible force field…trapping its inhabitants inside. Extraterrestrial intelligence has surrounded the town—hoping to create harmony and cooperation between all species—but instead, chaos ensues. Brad becomes humanity’s ambassador and attempts to communicate with the life forms that take the shape of purple flowers. But some humans don’t want to fraternize with the “enemy,” and might take drastic measures to stop it.

All Flesh Is Grass 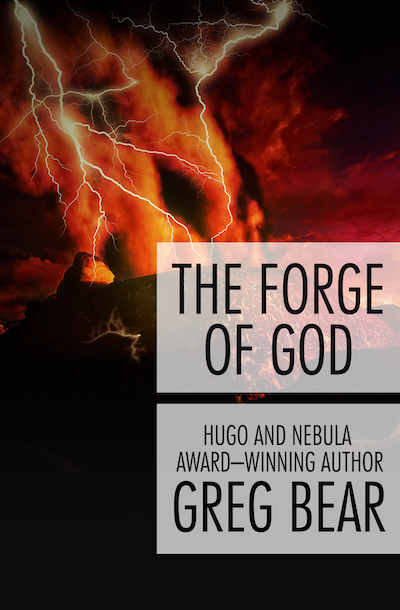 Something is coming…and it’s clear to many on Earth that the end is near. The sixth moon of Jupiter has disappeared, a granite mountain has appeared in Australia, and there’s a strange sound coming from the Earth’s core. In this Nebula and Hugo Award-nominated book—the first in a two-book series—Greg Bear details both the scientific change and the human emotions involved in a planet meeting its demise. But just who, or what, is coming? 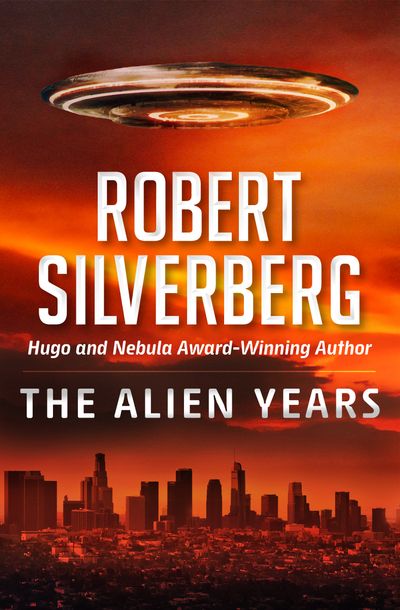 Unlike the arguably symbiotic relationship between humans and the Oankali in Octavia Butler's Dawn, there is no love lost between humans and the 'overlords' in this terrifying saga. The brutal extraterrestrials of The Alien Years are tall, physically impenetrable entities bent on making humanity suffer. Their mysterious arrival on Earth brings with it a new plague and an era of unprecedented strife. But the Carmichael family refuses to allow their spirit to be bent by the cruelty of the overlords, and their refusal to capitulate launches a multi-generational legacy of resistance that may be humanity's only hope.

H.G. Wells’ War of the Worlds is seen by many as the definitive alien invasion story. Since it was first published as a novel in 1898, this account of an extraterrestrial assault on England has left an indelible mark on the sci-fi genre — and has never once been out of print. The book follows an unnamed narrator in Surrey and his younger brother in London as they attempt to survive the violent arrival of Martians, who ravage cities and countryside from the safety of their tripod killing machines.

Set partially during the Cultural Revolution that took place between 1966 and 1976, The Three-Body Problem begins as an alternate history tale in which the government houses a dark secret—the hope for communication with extraterrestrial life. Unfortunately, the aliens were listening, and, on the brink of extinction themselves, they make plans to invade Earth. Surprisingly, not everyone is so against their coming, and society quickly divides into two camps: Those who welcome the visitors, and those who are ready to fight against the Trisolaran invasion.

The Hugo Award-winning first book in the widely acclaimed Remembrance of Earth's Past trilogy, The Three-Body Problem is an epic that spans centuries and solar systems.

When they first arrive, the Overlords appear to be benevolent, and announce their desire to prevent humanity from going extinct. The mysterious visitors refuse to show themselves to humans for their first fifty years on the planet, and communicate only with the Secretary General of the United Nations—intervening rarely in human politics. But they have an insidious motive that will change, if not completely destroy, the human race — and human children are the first to be impacted. 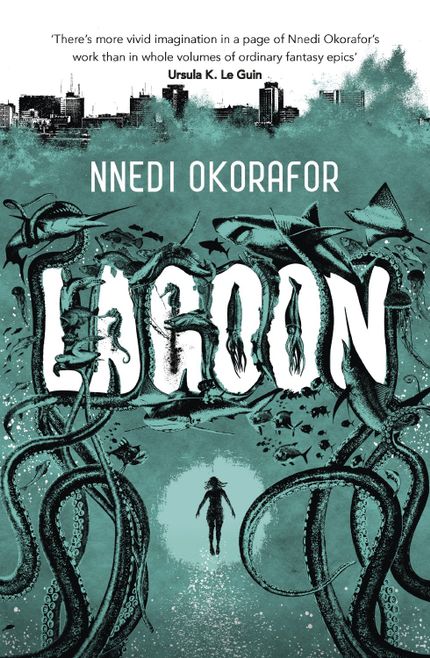 When aliens arrive off the coast of Lagos, they are nothing like the creatures depicted in sci-fi movies. Their ship settles under the ocean's surface, and the visitors send waves onto shore to contact humans, pulling a marine biologist, a rapper, and a soldier down to meet the newcomers. When the three humans return to the surface, they bring with them an alien ambassador in the form of a human—Ayodele. As news of the aliens spreads, Lagoon switches narratorial points of view to depict the arrival through a dizzying variety of perspectives, even showing how the local marine life feels about their new neighbors. 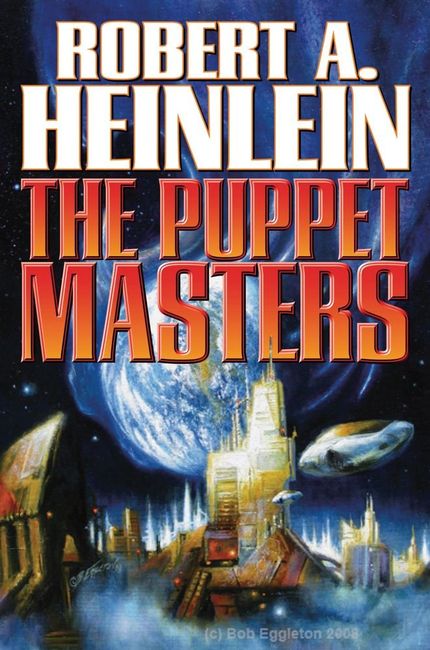 If you saw a flying saucer…would you think it was real? When news came of one landing in Iowa, the entire thing was dismissed as a hoax. But was it? Multiple government agents who were on the scene have now disappeared without a trace, and when two finally go to the site and make it out alive, they reveal a horrifying truth: Slug-like aliens who can control the human mind are invading our planet.

This post is sponsored by Houghton Mifflin Harcourt. Thank you for supporting our partners, who make it possible for The Portalist to celebrate the sci-fi and fantasy stories you love.