The author and podcaster discusses the new novel "It Devours," the Denver International Airport, and the appeal of the inexplicable.

A major theme in It Devours is obviously science and religion, and how can they connect, and how can one person have faith in both. Over the past year the debate about science has obviously become a louder conversation in our culture. I’m not sure where you were in your creative process when the election happened, but I’m curious if that national conversation impacted you at all while you were writing the book?

In the way that national conversations always impact you when you’re writing a book, or writing anything really, just in your choice of what to write or what to say. Joseph and I, in writing Night Vale or anything we’ve written together before, we’ve had those conversations a lot about the idea of religion and the importance of spirituality, the importance of structured faith and worship. As well as, obviously, we both are huge believers in science as a thing that is real and vitally important! It’s always been top of mind, those two things and how they overlap. I’ve always sort of believed, and Joseph does too, that they’re intricately connected. That one does not disprove the existence of the other, that they actually work together very well, but of course they clash as well and so it’s finding those areas where they conflict and where they meet.

RELATED: The Role of Science in Fantasy Worlds

Writing is often seen as an isolated process, but your work is so collaborative on Night Vale. What draws you to doing so much collaborative work?

I just don’t trust myself to get things done on my own. I like working with other people because other people expect you to do things. I’m always happy to let myself down, but it terrifies me to let someone else down. Another great reason that I love collaboration, is just that sometimes working by myself you lose track of what a good idea is sometimes, or what a bad idea is sometimes. Working with Joseph on Welcome to Night Vale and these novels and the live shows, it's really fascinating to hear somebody else's point of view of how a character should develop, and you can have discussions on how to build these scenes out, and how to develop this character, and what direction to go. And when you have those conversations I think you start gaining a much richer knowledge by having somebody else's opinion in the room with you as you’re creating.

It can be rare to meet collaborators that you mesh with so well.

I'm very lucky. More than anything you want to work with delightful people, it makes your life so much easier. And when you find that perfect combination of delightfulness and talent, it's really wonderful.

RELATED: Victoria Schwab on Why Fantasy Is More Important Than Ever

How does your collaborative process change from working on the live shows to the podcast to the novel?

A lot of it depends on the length of the project we’re doing. An episode of Night Vale is 2500 words. Mostly for Night Vale episodes, one of us will write it, then send it to the other person to edit. And if there’s need for further discussion we’ll have that, but that’s a pretty simple process. For live shows we start talking about working between 4500 and 6000 words, you start saying let’s break down this outline a little bit, and here I'll work on these segments a little bit while you work on these. Really the first long while of doing the novel is deciding the outline because once you know what's supposed to happen in every single chapter you can then break up that work, and then work separately, and then come back and edit for continuity and things like that. It’s mostly having to do with word count. But for each of those different mediums our number one question before we start all of them is ‘how will this story work in that medium?,' because you can’t write a novel in the same way you write a podcast. There’s no such thing as a 400 page radio show. The same thing with the live show, you have to acknowledge the presence of the audience in the theater with you, and you have to make use of them and let them know that you see them and that you're there with them. 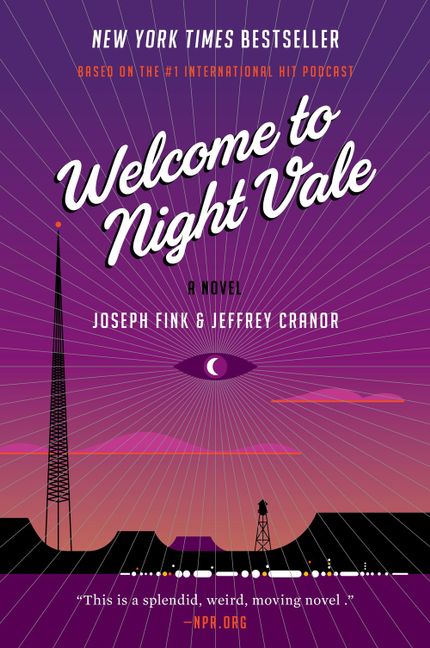 Want more Night Vale? Sign up for The Portalist's newsletter and get our recommended reads delivered straight to your inbox.

Night Vale is based on the premise that some conspiracy theories, if not all, are real. Do you have a pet conspiracy theory? It doesn’t have to be something you believe in.

I think for me my favorite is still the Denver Airport. The crazy murals to me were the number one thing, like these crazy, apocalyptic wall murals. I think they’re all gone now. If you've never seen the wall murals I highly recommend looking up 'Denver airport murals,' and you will see the most horrifying story in art history. It was really about the destruction of the earth by these mask-wearing figures in long cloaks holding machine guns and scimitars, and children hiding from them and crying. It's a very, very strange story and I love it a whole lot.

In your life before Night Vale, I’m curious how much of a role the bizarre or the weird played. Was it something you gravitated towards a lot, or something you just discovered you were interested in while working on Night Vale?

I've always liked weird. Not weird for the sake of being weird, but I've always liked things that are out of context or don't make sense. Maybe I like it in the same way that weight lifters love ammonia sniffers, it really energizes me to see something I can't explain. That was always the allure for a lot of people, me too, of David Lynch films and Twin Peaks, and as a child I read Alice in Wonderland a lot. So I've always loved stuff like that, and in some ways I guess that's Lovecraftian too, the idea that there things so terrible you can’t even conceive of how evil they are. For whatever reason it makes me excited to see something I can't puzzle together, and as long as I know that’s intentional by the artist, there’s some really cool stuff.

Coming into Night Vale I think Joseph and I really love the juxtaposition of things that mat not belong together or something odd that may suggest something else that's not being talked about, those sorts of things. I think often about a very, very early Simpsons episode. There's a moment where Lisa and Bart turn on the television and then you have Kent Brockman the newscaster, and right when they turn on the television all you hear him say is ‘and thus leaving the vice president in charge. And now, a look at sports.’ And it’s one of my favorite jokes of all time because it has this really, really horrifying implication but then it won’t let you see that. And for whatever reason that’s truly funny and sort of galling at the same time. I’ve always gravitated towards things like that.

You mentioned some pop culture influences on the show. What books, if any, influence Night Vale?

I think for me one of my favorite books that I've ever read was The Last Samurai by Helen DeWitt, which has nothing to do with the Tom Cruise movie of the same name. It is about a relatively young mother of a five-year-old child who is an absolute prodigy. But instead of it being about the child’s prodigiousness, it is about her trying to do her day to day data entry work from home while she raises this child who needs so much. So she’s having to teach him the Greek language and all the great stories and myths of our time and also he's watching Akira Kurosawa films over and over again, particularly they watch The Seven Samurai constantly. Helen DeWitt uses language in that book in such a beautiful way that's very simple, it's very direct, but it only gives you certain information at certain times. Like not a mystery, but this is all you need to know for now, and later when you realize what she's set up, it's a really neat thing once you get to see the whole picture in your head. So that was a really big influence on me.

And the playwright Will Eno. Eno also tends to write single person monologues and he plays with imagery, with the idea of I'm going to build a visual for the audience, I'm going to really build a story that is heartfelt and emotional and beautiful, and then I'm just going to absolutely destroy it out of nowhere. And those sorts of exercises that writers do, that sentences often end in a place that you just never would have thought they could have ended in, and I think that type of literary acrobatics is really stunning and something I’ve always wanted to emulate. 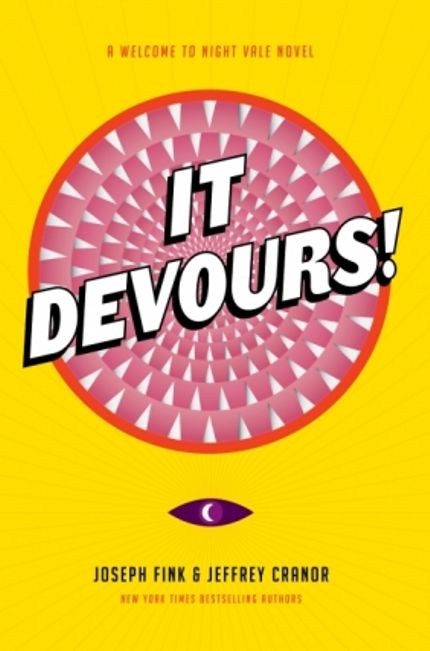 Want more Night Vale? Sign up for The Portalist's newsletter and get our recommended reads delivered straight to your inbox.