Get to know the epic novels behind the new Netflix series starring Henry Cavill.

While the world of The Witcher is arguably best known for the blockbuster video game trilogy, Geralt of Rivia and his motley cohorts were adventuring and monster-hunting well before the first game saw the light of day.

What originally began as a series of short stories by Polish author Andrzej Sapowski quickly became a cycle of acclaimed fantasy novels set against a brilliantly realized medieval world with an ingenuous magic system, an eclectic cast of characters, and a disturbing cadre of monsters and beasts inspired by Eastern European folklore.

While it has taken a little over twenty years, each of the novels and short story collections in The Witcher series now have English translations. Between the murky morality, overarching political intrigue, doomed romances, and bloody confrontations, The Witcher series may just be your next great fantasy binge read.

With the upcoming Netflix adaptation featuring Henry Cavill as the titular Witcher already renewed for a second season, there’s no better time to dive into the world Andrzej Sapowski created. Here’s what you need to know about The Witcher books that started it all.

"Witcher" is not simply the title of the overarching series, but the occupation of its protagonist Geralt of Rivia. In the world created by Andrzej Sapkowski, witchers are a mercenary-esque order of monster hunters conscripted and trained from a very young age to battle all manner of supernatural creatures.

Roughly 1,500 years before the events of the first Witcher story, a cataclysmic event unleashed various monsters and supernatural creatures on the Continent. The Witchers were created as a means to combat the otherworldly threat.

Witcher candidates are given a cocktail of mutagens and potions to increase their speed and strength, heighten their senses, and increase their lifespan. The cocktail also grants the ability to use magic – or signs, as they are often referred to in The Witcher. The process leaves a candidate with a Witcher’s distinctive cat-like eyes and also renders the young warriors sterile.

As a result of the sterility, young boys must be forcefully conscripted into the ranks of the Witchers – this is one of the primary reasons citizens of the Continent are either weary of or outright detest Witchers.

Trailer for Netflix's upcoming The Witcher series, which lands on the streaming service December 20th.

Want more adventurous series? Sign up to get the best in sci-fi and fantasy sent straight to your inbox!

When humans arrived roughly five hundred years before the events of the books, they quickly colonized the Continent and brutally positioned themselves as the dominant species.

Since the advent of humanity, gnomes, dwarves, and especially elves have lived a sort of second-class existence. Elves in particular harbor a longstanding grudge against mankind, and have banded together as a loose-knit group of guerrilla fighters seeking to destabilize the human empires.

This creates an interesting dynamic in the world, whereby Geralt – also an outsider – often finds himself most comfortable and aligned with the elf and dwarf populations.

The world of The Witcher is deeply influenced by European – particularly Eastern European – folklore and history. Many of the series’ macabre creatures have underpinnings in Polish and European myth, and the political dynamics at play often draw inspiration from historical events (similar to the way George R.R. Martin built A Song of Ice and Fire from the Wars of the Roses).

The result is a fantasy that feels deeply lived-in, at once familiar, but still with some distance from more traditional Euro/Medieval-inspired fantasy, thanks to the Polish influence.

This is where it can get a bit confusing. The first published novel is titled The Sword of Destiny – although it’s really more of an interlinked short story collection. However, while not a hard and fast rule, you should begin your Witcher journey with The Last Wish. It was originally published in 1993 – a year after The Sword of Destiny – and was translated to English in 2007 after the success of the first video game.

The Last Wish includes the original short story and is a perfect way to dip your toe into the world and get a sense of the characters, lore, and warring factions that take front and center in the latter novels. The Witcher is something of an anomaly in that it gained widespread international attention after its video game adaptation. The resulting success of the games are what led to the English translations and vaulted the series to broad acclaim.

Once you’ve finished both The Last Wish and Sword of Destiny, you’re ready to move on to the real meat of The Witcher series – a cycle of five novels that collectively make up The Blood of Elves Saga (more commonly known as The Witcher Saga).

This cycle, which began in 1994 with Blood of Elves and wrapped up in 1999 with The Lady of The Lake, is a winding and often dark adventure that sees Geralt and his allies navigating a brewing conflict between the various kingdoms of the Continent as well as the strange and potentially world-shattering powers growing within a young girl named Ciri.

The final published book, Season of the Storms, is a prequel of sorts and takes place prior to the event of The Blood of Elves Saga.

RELATED: 12 Sci-Fi and Fantasy Book-to-Movie Adaptations That Are Worth Watching

For the most comprehensive and reader-friendly experience in the literary world of The Witcher, check out the books in this order: 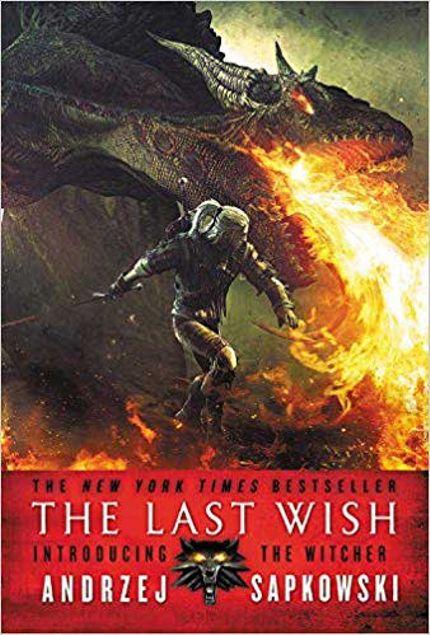 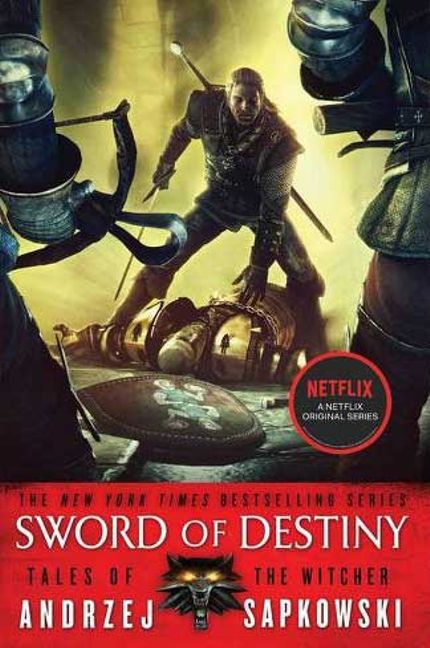 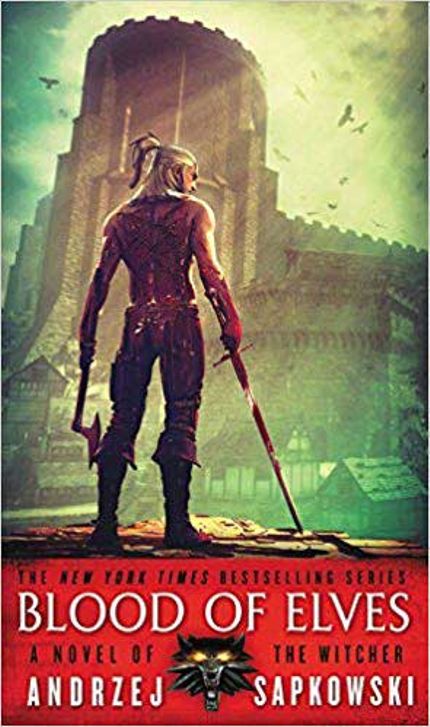 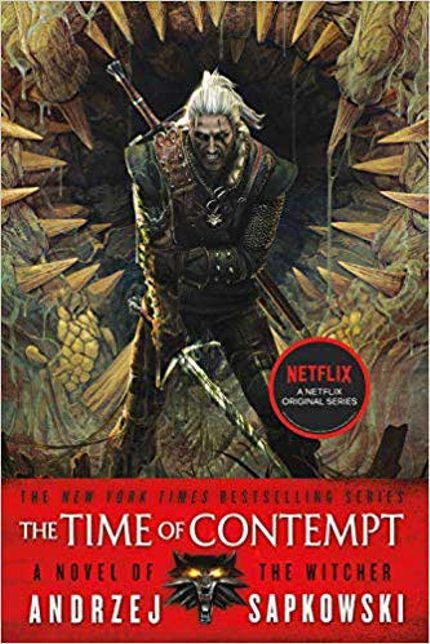 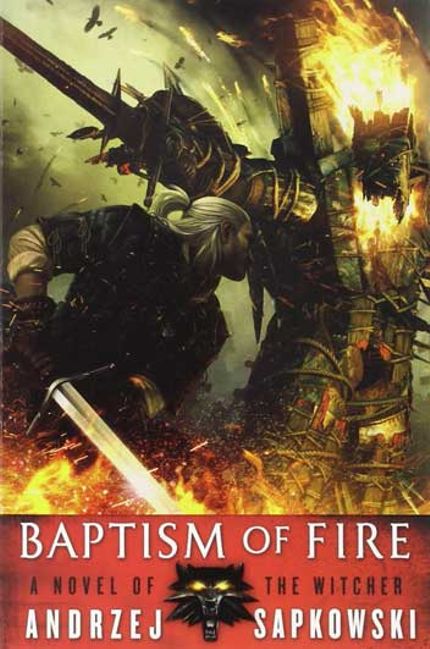 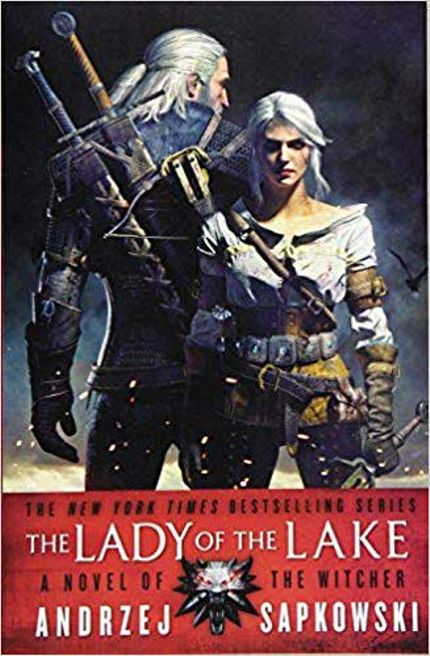 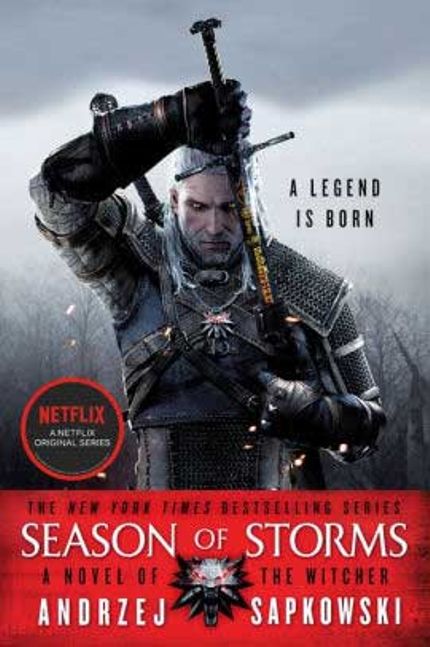 Reading in this order is the best introduction to the complex, intricately woven world of Geralt of Rivia, and will ease you into the larger Witcher Saga with a solid foundation on the expansive cast and complicated lore that define much of the series.

Want more adventurous series? Sign up to get the best in sci-fi and fantasy sent straight to your inbox!

Featured still from "The Witcher" via Netflix