The Reluctant Hero and the Un-Chosen One: How to Subvert Tropes to Save the World

Fantasy author Sarah Beth Durst on embracing what you love when it comes to writing.

I love anything with a talking wolf, telepathic dragon, awesome sword, or kickbutt heroine. Add in a lost heir, an animal sidekick, a trickster with a noble heart, a prophecy to save the world, a quest with several taverns that only serve stew, or a misunderstood monster, and I'm happy.

As a reader, I love fantasy and all its age-old tropes and cliches.

Reading a familiar trope is like visiting an old friend. Or like going on your favorite roller coaster—one where you know all the loops and curves so well that you start shrieking before you even reach them.

(Disclaimer: I don’t actually like roller coasters. I experience motion sickness. And fear. Lots of fear. But they’re lovely for analogies, so I’m going with it.)

As a writer, I also love fantasy's tropes and cliches. I love that readers know the loops and the curves and can anticipate them. Fantasy readers come to fantasy books with all sorts of expectations and baggage from all the other fantasy literature they've read before.

And that, my friend, is where it gets fun.

Tropes are tools. And reader expectation can be fulfilled ... or subverted.

The reader sucks in a breath for a drop, but instead the car rises. She or he braces for a curve, but here comes a loop. And suddenly, she's upside down with no idea of when or how she'll turn right side up... and then when she does at long last take that drop, it feels both surprising and inevitable.

When you use tropes, you aren't just telling a story that exists on its own. You are responding to all the stories that came before. You are having a conversation with the prior literature of your chosen genre.

For my new epic fantasy series, The Queens of Renthia, I chose to play with two beloved tropes: the Chosen One and the Reluctant Hero.

In Book One, The Queen of Blood, Daleina is the opposite of the Chosen One. She has no special power that she suddenly discovers. There are no prophecies about her. She doesn't find a magic sword or secret amulet. She's a mediocre student who has to work—and work hard—to even be on the same playing field as her classmates. But she wants to save the world, and it's that determination that's her true magic.

RELATED: 8 Unlikely Heroes That Shaped the Sci-Fi and Fantasy Genre

Want more fantasy books? Sign up for The Portalist's newsletter! 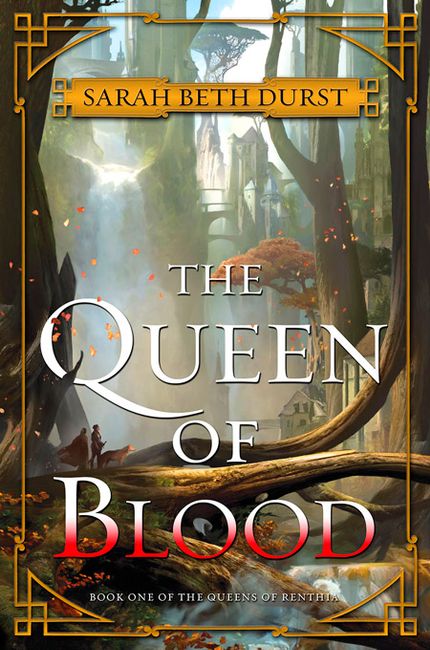 I lay it out at the end of chapter one:

Her story should have begun right then, in that moment. Fate had declared that her power would emerge in her village's tragedy, and chance had put the champion in the nearby trees at the moment the spirits attacked, too late to save the village but in time to meet Daleina. It should have been the beginning of a legend, the moment he recognized her potential and she embraced her future with both arms.

The champion looked away, across the ruined village and the broken bodies. 'Only the best can become queen. And she is not the best.' Daleina felt his words hit like slaps, and then he added the worst blow of all: 'If she were, these people would still be alive.'

If Fate doesn't want her to save the world, can she do it anyway? 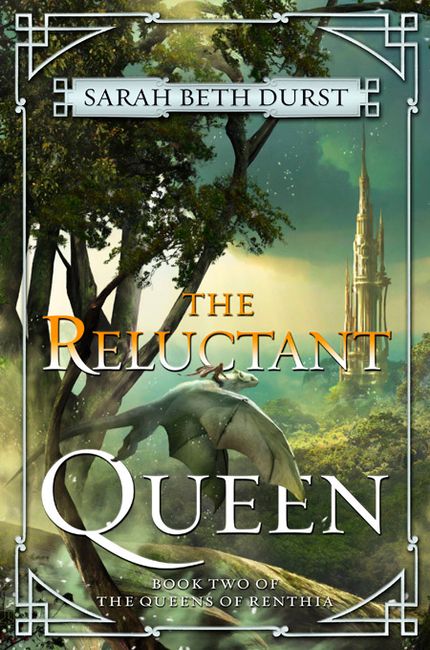 In Book Two, The Reluctant Queen, I tackled the concept of the reluctant hero. I encounter reluctant heroes all the time in fiction, and while I often love them, I also usually want to shake them and say, "There's no choice here! If you don't do this, everyone will die!" So I wanted to create a character who is reluctant for a very good reason—a reason I wholeheartedly agree with.

Renthia is a world filled with bloodthirsty nature spirits, and only certain women—the queens—can control them and keep them from slaughtering everyone. But most queens die young. It's a job that pretty much comes with a death sentence.

Naelin is a woman with immense power, but if she uses it, she runs the very real risk of leaving her two small children motherless. Or worse, causing their deaths by drawing the spirits to them. She'd rather let the world burn than sacrifice her children.

To me, one of the great joys of writing fantasy is finding a new story, new characters, new twists, and new worlds by using, twisting, and subverting the classic elements. Tropes aren't something to be afraid of; they're powerful tools that connect you to the long history of fantasy literature. You can add richness to your stories by challenging the assumptions and expectations that have built up around that history.

Want more fantasy books? Sign up for The Portalist's newsletter!

Sarah Beth Durst is the award-winning author of fourteen fantasy books for adults, teens, and kids, including Drink Slay Love, the basis for the upcoming TV movie of the same name, airing on Lifetime in 2017. She attended Princeton University, where she spent four years studying English, writing about dragons, and wondering what the campus gargoyles would say if they could talk. Sarah lives in Stony Brook, New York, with her husband, her children, and her ill-mannered cat.