Artificial Intelligence Goes Rogue in This Technothriller by Peter Riva

In a future controlled by computers, a codifier discovers a terrifying secret that places everyone at risk.

In the futuristic New Republic of America, a supercomputer named the System controls all aspects of life. From regulating the weather to monitoring the population of recyclable, synthetic children, it ensures ongoing peace and safety for every human being.

Want more cyberpunk books? Sign up for The Portalist's newsletter and get our recommended reads sent straight to your inbox.

This is the setting of Peter Riva’s inventive technothriller, The Path, which explores the tenuous relationship between artificial intelligence and humanity. Our hero is Simon Banks, a 50-year-old codifier who’s tasked with ensuring the System is as efficient and effective as possible. But when he learns that the System is hiding a secret—one with frightening ramifications—he’s faced with a decision: Either he must ignore his discovery, or he must take the fate of the world upon his shoulders.

With this newfound knowledge comes great danger. One morning, a rare tornado rips through the Republic, hinting at a new, destructive pattern. But many people claim it’s a mistake in the System’s coding, while others think the supercomputer is simply overworked. Only Simon knows that something much more sinister is at hand, though no one—not even his boss, Agent Cramer, or his co-workers, Mary and Tom—fully believe the System is on the verge of going rogue.

The Path is the first novel in Peter Riva’s Tag series, which follows Simon Banks' attempts to protect humanity—no matter the cost. The following excerpt takes place just after the tornado, as Simon forms his theories about the System’s erratic behavior and fears for his only biological child, Fred. 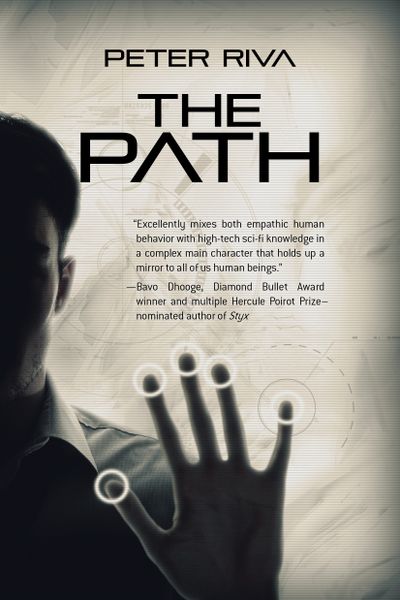