Explore The Deep: A Stunning and Collaborative Afrofuturist Mermaid Novel

The Deep is an unforgettable experience from Rivers Solomon, Hamilton's Daveed Diggs, and other sci-fi innovators.

The Deep by Rivers Solomon, Daveed Diggs, William Hutson, and Jonathan Snipes is less of a novella and more of an experience. As an afterword written by the latter three authors explains, The Deep is the result of a game of speculative fiction Telephone. Just like kids playing Telephone whisper a phrase down the line with eager anticipation of how the end result will evolve from the initial whisper, changes in the message are a feature and not a bug. The origins of The Deep are a little harder to follow than your average Telephone message, but can arguably be traced back to 1992, with the release of Deep Sea Dweller, the first album from Detroit dance-electronic musical duo Drexciya. 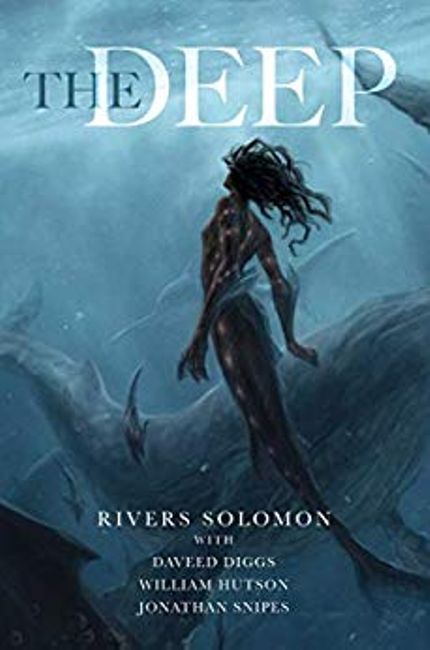 The albums released by Drexciya musicians Gerald Donald and the late James Stimson are set in an idyllic society, also called Drexciya, founded by the descendants of pregnant slaves who were thrown overboard from slave ships during the Middle Passage. Rapper Daveed Diggs describes this world as a combination of Black Panther's Wakanda and Atlantis. Tony Award-winner Diggs, who famously originated the roles of Marquis de Lafayette and Thomas Jefferson in Broadway's Hamilton, is a member of the Hugo-nominated rap group Clipping (also known as clipping.). Diggs and Clipping producers Jonathan Snipes and William Hutson were the next storytellers to join this game of speculative fiction Telephone.

In 2017, after receiving their first Hugo nomination for their sci-fi concept album Splendor & Misery, Clipping was commissioned to write a song for "We Are in the Future," a This American Life episode exploring Afrofuturism. The result is "The Deep," their Drexciya-inspired song set in an underwater civilization populated by the descendants of pregnant slaves who were thrown into the Atlantic from slave ships. After surface-dwellers destroy the civilization in their pursuit for oil, the descendants rise up, using the urgent refrain of "y'all remember" to call on the resources of their collective memory for guidance.

Saga Press editor Navah Wolfe heard “The Deep” at the 2017 Hugo Awards and recognized that the world explored in Clipping's song contained rich possibilities. With Clipping's permission, Wolfe reached out to Rivers Solomon, author of the award-winning Afrofuturist sci-fi novel An Unkindness of Ghosts.

Solomon made perfect sense as the next player to explore the world of this game of Telephone. Their first novel won the Firecracker Award and was nominated for the Locus, Lambda, and Tiptree Award, among others. Described by Amal El-Mohtar for NPR as "a syringe full of stars," An Unkindness of Ghosts is set on a generation spaceship traveling to a mythical planet of plenty. The ship is organized around the same racial lines as the antebellum South, with light-skinned individuals at the top of the ship and darker-skinned individuals enslaved in the bowels of the vessel. Under the brutal control of an overseer, darker-skinned Aster sees an opportunity to fight for her freedom and upend the ship's brutal hierarchy.

RELATED: Sci-Fi and Fantasy Books by Black Authors You Need to Read

An Unkindness of Ghosts 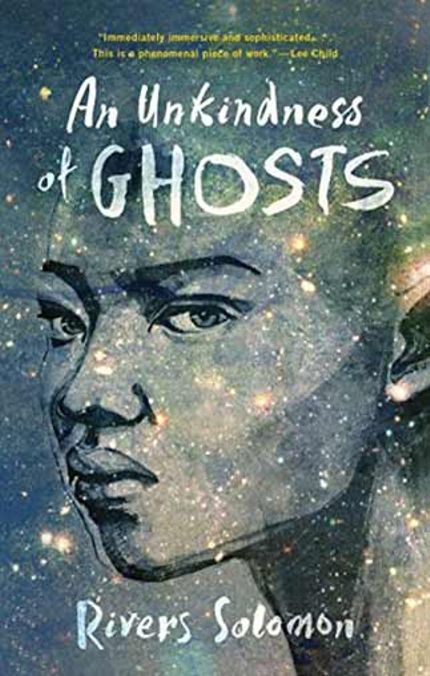 The syringe-like precision and powerful imagination seen in An Unkindness of Ghosts is on full display in The Deep. Solomon brings the world explored by Drexciya and Clipping to life in vivid, unforgettable new ways in the new novella.

The Deep is told primarily from the point of view of 34-year-old Yetu. For the past two decades Yetu has been tasked with a responsibility as historian of her people, a duty she never asked for or wanted. Most wajinru, or zoti aleyu ("strange fish"), do not live with an awareness of their people's origin, perhaps through a deliberate act of forgetting. But as historian, Yetu must live every minute with first-hand understanding of the atrocities committed against the zoti's ancestors: how pregnant women, the first mothers, were thrown overboard because they were seen as sick passengers on the ships that acted as prisons. How the first infant zotis were nursed by the ocean as they explored their ability to live underwater. How two-legged surface dwellers murdered zoti in their search for resources under the ocean floor.

RELATED: Solarpunk Books for When You Crave Optimistic Sci-Fi

After spending most of her life as historian, Yetu is exhausted from the emotional and physical burden of her role. Often lost in painful, vivid visions of the zoti's past, Yetu no longer has an understanding of herself as an individual separate from history or her people. Now the Remembrance has arrived, an annual ceremony in which all zoti commune with the historian's vivid ancestral memories for a brief time. The ceremony is so visceral for many zoti that they construct a giant deep-water womb in which to remember, designed to protect the outer ocean from the electro-magnetic surges that can occur on zoti skin in moments of intensity.

Unable to bear the personal trauma of remembering for the zoti once again, Yetu runs from the Remembrance, swimming out of the deep toward shore and leaving her people trapped in a memory fugue. As Yetu breaks generations of tradition to save her own life, Solomon’s story switches perspectives from from Yetu to her ancestors to explore the earliest days of the zoti and the legacy of the first historian.

These memories also reveal the complicated relationship between zoti aleyu and the surface dwellers. As Yetu flees her home and rediscovers her identity outside the role of historian, she learns emotional connection is still possible between her people and two-leggeds.

A powerful exploration of how memory and individual identity interact with generational trauma, The Deep is one of the best speculative fiction reads of 2019 thus far. Solomon’s imaginative and ultimately hopeful novella is an exciting latest entry in the game of speculative fiction Telephone first begun by Drexciya 27 years ago. Finally, The Deep makes the reader the next player in this game of sharing and interpretation, inviting us to consider our own memories and identity as we explore the world Solomon unveils.

In an afterword, Clipping writes of the collaborative works set in the world of The Deep that "We prefer to imagine each of these objects as artifacts—as primary sources—each showing a different angle on a world whose nature can never be observed in totality." The Deep, although a perfect introduction to the wider world Clipping describes, also stands on its own as a deeply necessary story which explores the interplay between forgetting, remembering, and healing.

This post is promoted by Saga Press. Thank you for supporting our partners, who make it possible for The Portalist to celebrate the sci-fi and fantasy stories you love.