Science Fiction Has Won the War

This article originally appeared on GeekWire.

Golden age, that is. Greg Bear, whose popular works include three Halo prequel novels and his recent War Dogs trilogy, said the prevalence of science fiction and fantasy films and shows, reflected in everything from news coverage to t-shirts, has placed the genre firmly in the mainstream of popular culture.

“In my youth, you had to wait years to get science fiction TV shows,” and movies would come out very rarely, Bear said, reflecting on his 50 years as a professional writer. Now, it’s “a golden age … It’s won the war, and now, like most victors, it’s kind of being blended out, claimed by everybody.”

Bear sat down with GeekWire for the inaugural episode of a new podcast series on science fiction, pop culture, and the arts. Bear, who sold his first professional science fiction short story in 1967, has written more than 30 novels for a total of 44 books and counting over those five decades. In the process, he’s won all of science fiction’s major awards: the Hugo (from readers), the Nebula (from other writers), and even the Galaxy (China’s top honor for foreign science fiction writers).

And yes, Bear considers the ubiquitous comic book movies to be science fiction and fantasy, an important point in a year in which three of the five top-grossing films, so far, are based on comics (Wonder Woman, Guardians of the Galaxy Vol. 2, Spider-Man Homecoming).

Bear himself has written novels in others’ well-known science fiction television, film, and game universes. Corona (1984) was a Star Trek: The Original Series novel, Rogue Planet (2000) was a Star Wars novel, and his Forerunner Saga: Cryptum, Primordium, Silentium (2011-2013) was a trilogy set in the Halo game universe.

What’s the appeal of running around in someone else’s genre playground? Being a big fan helps. “Star Trek was one of my great passions back when I was a teenager, and the first two seasons just knocked my socks off,” he explained.

But it was Halo that provided a surprise. “I found the experience to be quite extraordinary because they gave me amazing freedom,” to create the beginning of the Halo universe, he said. “To all of our shock, the Halo fans were just ecstatic about it. It was some of the best reaction I’ve gotten to any of my books. They thought this was canonical.” So much so, Bear said character background and details he’d developed for the novels was incorporated into Halo games.

Stepping away from fiction and toward making the visions real, Bear considers Seattle’s tech community “a hotbed of science fiction thinking.” He’s met many of the tech giants who are trying to turn Tomorrowland-ish concepts, from Mars colonies and hyperloops to space tourism and asteroid mining, into real businesses. And he applauds their efforts.

“Nowadays, there’s so many private ventures that when I wrote the War Dogs series, I made the private ventures face forward, and called the Martian colonists Muskies, as a tribute to Elon’s dreams, if not to what the reality is going to be,” he said.

As a “hard” science fiction writer who does extensive research, Bear has dived into everything from nanotechnology (his 1983 novel Blood Music is credited by some as being its first use in science fiction) to planetary science. A current fascination, in part because it’s a key setting in the War Dogs trilogy, is Titan. “It’s got a hazy orange layer,” he explained. “It’s full of plastics, and waxes, and organic chemistry. Then, it turns out, it’s actually got a water ocean underneath.” 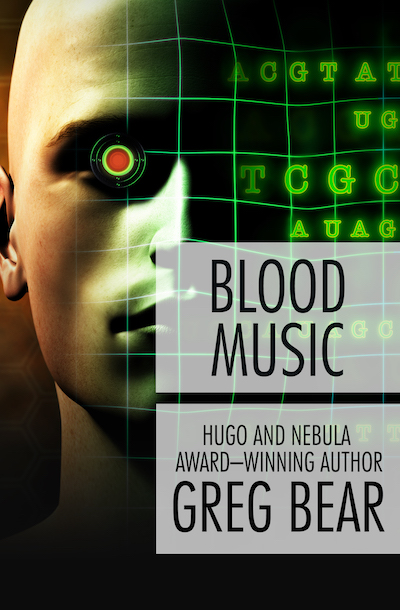 But the hard science fiction reputation can mask the fact that Bear has also written — successfully — novels that are fantasy, horror, and near-future techno thrillers. “I find the idea, and then I try to find the story that fits it,” he said. “Some of these ideas are coming up so fast that you can’t write about them as far-future ideas.”

So what’s the future of Greg Bear? “I’m working on a fantasy now, which I’ve been trying to think of how to do it for the last thirty years, a fantasy I’m calling The Unfinished Land, Unfinished Country.” He’s also considering writing a trilogy of young adult books set in the universe of his earlier post-civilization Eon trilogy. More near term, the three War Dogs novels (War Dogs, Killing Titan, Take Back the Sky) will be published in a single volume in September. 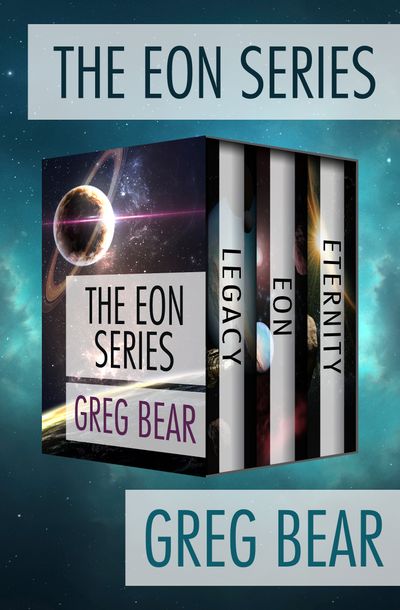 Overall, Bear is pleased with how his first 50 years as a science fiction writer have gone. “I don’t think any writer is ever happy with the attention we get, but I have very few complaints.” he said. “My books have been read by the people I read when I was a teenager, and that just knocked my socks off when I found that out.”

And he still thinks that very first short story, “Destroyers,” published in Famous Science Fiction back in 1967, may have a future in today’s new golden age. That story was about people who registered to kill what they hated, and by its end, readers realize the narrator is being hunted by someone who has registered to destroy destroyers. “That was my 16-year-old conception of the future,” he said. “And I think it’s a good HBO pitch today.”

Want more Greg Bear? Sign up for The Portalist's newsletter!

Frank Catalano is a published science fiction and fantasy short fiction writer and a former officer of the Science Fiction & Fantasy Writers of America (SFWA). Find him on Twitter @FrankCatalano, and read his work on GeekWire here.