Due to coronavirus, for the first time in the convention’s 50-year history, the in-person event was canceled. Instead, the celebration evolved into Comic-Con@Home and moved online.

Although this year didn’t have the in-person surprises, cosplay, or exceptionally long bathroom lines the event is known for, it did feature exciting geek news during a time we need things to look forward to more than ever.

If you didn’t catch SDCC live while it streamed this weekend, we rounded up five of the biggest trailers, panels, and more news from 2020 San Diego Comic Con At Home.

RELATED: 5 Online Sci-Fi and Fantasy Conventions to Attend in Summer 2020

Fans of Frank Herbert's Dune have a busy year ahead of them: not only is Dennis Villeneuve's Dune feature film adaptation scheduled for December 2020, but a new book trilogy will hit shelves in October 2020.

The trilogy will be written by Kevin J. Anderson with Brian Herbert, Frank Herbert's son, and will be set one year before the events of Dune.

Dune: The Duke of Caladan, the first book in the new series, hits shelves October 13, 2020. 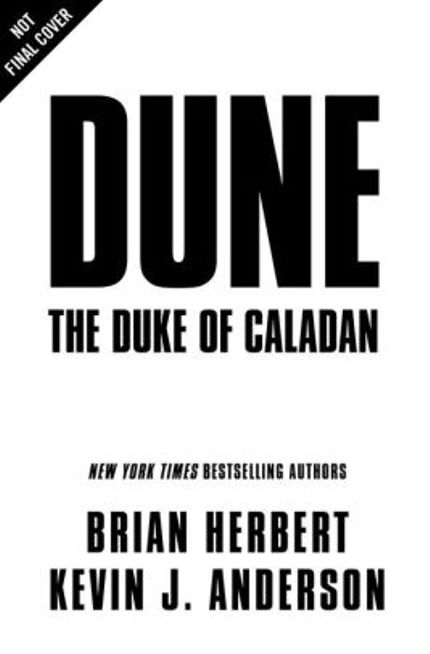 Prodigy is scheduled for 2021. Here's the official description:

"The new original CG-animated series follows a group of lawless teens who discover a derelict Starfleet ship and use it to search for adventure, meaning and salvation."

During the panel, executive producers Jane Tranter and Jack Thorne explained that filming on the second season was almost entirely complete by the time coronavirus shut down production. However, a standalone episode featuring Lord Asriel (James McAvoy) was cut from the upcoming season due to covid.

The second season of His Dark Materials premieres at an unspecified date in fall 2020.

The early-aughts Channel 4 British TV series Utopia is a cult favorite, an unforgettable story about a graphic novel and the people obsessed with its warnings about imminent plagues.

Now, an eight-episode American remake helmed by Gone Girl author Gillian Flynn is on its way to Amazon, and the first-look trailer debuted at SDCC this weekend.

Utopia is currently scheduled to air in fall 2020.

In the meantime, SDCC gave us a look at a new trailer for the eagerly-anticipated show — one that features a fleeting look at Cthulhu.

You can watch the full Lovecraft Country panel below to prepare for the series' August debut.

[Via Consequence of Sound; Tor.com; Polygon.]

Featured still from "His Dark Materials" via BBC