Here's What We Learned from San Diego Comic-Con 2019

From Marvel's Phase 4 to Magic: The Gathering, here's everything you need to know from comic-con 2019.

Comic Con was this weekend — San Diego Comic-Con (SDCC), that is, which is the big one. As always, there were cool panels, surprise star appearances, vendors selling all things fandom, and plenty of cosplaying. There were also plenty of announcements, reveals, and trailer drops.

In case you didn't spend all weekend refreshing Twitter (like we did), we've taken the trouble to round up some of the biggest stories and announcements to come out of the con. Like Natalie Portman wielding Mjolnir, whoever reads this article, if they be worthy, shall possess all the knowledge of Comic-Con 2019.

The Eisner Awards are given out every year at SDCC, and this year's winners included Tom King (Batman) as best writer and Jen Wang (The Prince and the Dressmaker) as best writer/artists. If they haven’t already, literature buffs may want to check out Frankenstein: Junji Ito Story Collection, which won Best Adaptation from Another Medium. 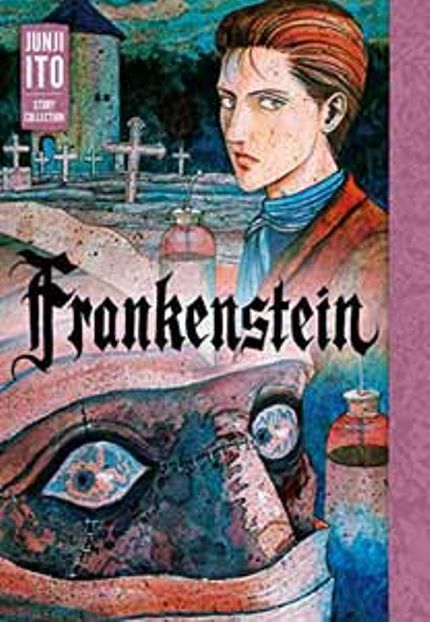 The film side of Marvel's business had a lot of big news (and we'll get to all of it in a minute), but the biggest announcement in comics this weekend was the shake-up coming to the X-Men comic books. After making major changes to the Marvel Universe during his run with Avengers, writer Jonathan Hickman is now at the helm of two miniseries that promise to reshape the X-Men. House of X and Powers of X are both six-issue miniseries, and they're launching this month.

Marvel Studios isn't resting on its laurels after the massive success of Avengers: Endgame. The studio's Phase 4 plan is here, and it includes a ton of big titles.

The first movie of Phase 4 will be Black Widow, starring Scarlett Johansson. That movie is slated for May 1, 2020.

RELATED: 8 Space Opera Books Like Guardians of the Galaxy

Thor: Ragnarok director Taika Waititi will return with a new film called Thor: Love and Thunder, which will star Natalie Portman as a female Thor who takes over the original Thor's superhero gig when he becomes unworthy of wielding Mjolnir, his trademark hammer. Original Thor Chris Hemsworth will star, too, and Tessa Thompson's Valkyrie—revealed at Comic Con to be openly bisexual—will be in the movie as well. According to Thompson herself, as Asgard's new king, Valkyrie will take the natural next step in Love and Thunder and search for "her queen."

Marvel also dropped a big surprise: vampire hunter extraordinaire Blade is returning to the big screen as part of the Marvel Cinematic Universe, and Mahershala Ali is set to play the starring role.

Also coming to theaters in Phase 4 will be Shang-Chi and the Legend of the Ten Rings and The Eternals.

RELATED: Everything We Know About Star Wars: The Rise of Skywalker

Agents of SHIELD may be ending after its seventh season, but Marvel Studios isn't done with television series. A slew of new shows are coming exclusively to Disney+, the soon-to-be-released streaming service from Marvel Studios' parent company.

Those include Loki, which stars Tom Hiddleston as the titular villain from the Thor series; The Falcon and the Winter Soldier, which promises to continue the Captain America-related story that the end of Avengers: Endgame hinted at; WandaVision, which will feature Scarlet Witch and Vision and will connect to the new Doctor Strange film; and What If...?, an animated series featuring alternate-universe stories.

Disney+ isn't the only streaming service with some cool stuff on the way. HBO premiered a trailer for its new Watchmen series, which is reportedly not an adaptation of the graphic novel source material. Rather than re-make Alan Moore's story, the showrunners are trying to "break new ground" within the Watchmen universe.

We love book adaptations, and we love Philip Pullman's His Dark Materials trilogy. At Comic Con, we got a new trailer. This is another HBO effort; no doubt the premium network is hoping that fantasy fans will find this new series is a good reason to stick around in the post-Game of Thrones era.

RELATED: 15 Shows to Watch Like Game of Thrones to Fill the Post-Finale Void

Not to be outdone by its streaming rivals, Netflix is gearing up to release a show based on the Witcher series, which also inspired the acclaimed video game series of the same name. Con attendees got their first look at Henry Cavill as Geralt of Rivia and Anya Chalotra as sorceress (and love interest) Yennefer in a new trailer.

Rick and Morty fans have been waiting quite a while for season four of their favorite animated series. At Comic Con, they finally got their first glimpse of it in a new clip.

As new shows arrive, old shows leave. Stars of Game of Thrones took the stage at Comic Con to talk about their years on the show and to bid goodbye to fans following the show's finale earlier this year. There was some discussion of the disappointments of the final season, which fared worse with critics and fans than prior seasons. The stars took off without answering questions, but at least they showed up—showrunners David Benioff and D.B. Weiss had previously cancelled their appearances.

RELATED: The 10 Most Heartbreaking Game of Thrones Deaths

Stephen King's It is a pretty long book with two distinct parts, so it made sense for filmmakers to break the latest film adaptation into two separate movies—but man, it's been tough waiting for that second film! At least we got to learn some new details about the sequel at Comic Con, including the fact that the film will feature a “record” amount of fake blood. You’ll see some of that blood in the new trailer for the film.

RELATED: Why It's Chapter Two Runtime Might be Good for Horror Movies

Tom Cruise made a surprise appearance at Comic Con to show off a sequel that has been more than 30 years in the making. The new trailer for Top Gun: Maverick is here!

The Russo brothers shared a few new details about the upcoming series based on the king of all collectible card games. We found out that the series will focus on Chandra and Jace, two of the Magic universe’s magic-wielding, universe-hopping “Planeswalkers.”

Iconoclastic country singer-songwriter Sturgill Simpson announced an unusual new collaboration at con. He's working on an anime film for Netflix with director Jumpei Mizusaki. Simpson’s next album will be a companion piece to the film, and seems to continue his drift away from traditional country sounds: it's his "most psychedelic" record yet.

RELATED: 30 of the Best Anime Characters Ever

In addition to all of the good stuff we've already talked about, Comic Con saw the release of a whole bunch of cool film and TV trailers. Star Trek spinoff Picard got a new trailer, and so did Terminator: Dark Fate and Westworld Season Three.