Octavia Butler's Dawn to Be Adapted for TV

Ava DuVernay, director of the upcoming "A Wrinkle in Time" adaptation, is at the helm of the project.

The latest science fiction book to be adapted from page to screen is Dawn by Octavia Butler. Ava DuVernay and Charles D. King's Macro Ventures (Fences) are set to produce the television series, alongside writer Victoria Mahoney.

This is the first time that Octavia Butler's work has been adapted for television. The MacArthur Genius Grant recipient, whose science fiction books are often set in a dystopian climate, has several awards to her name—including two Hugo Awards, two Nebula Awards, and a place in the Science Fiction Hall of Fame.

Butler sold her first stories in the 70s, but she started writing science fiction as a teenager in California, where she was raised by her widowed mother. Butler described herself as a pessimist, a feminist, and a combination of ambition and laziness. She hoped to be an eighty-year-old writer someday, but she passed away in 2006 at the age of 58. In her time spent as a writer, she authored over fourteen novels and several short story collections, essays, and speeches.

While she resisted being called a genre writer, she was proud to have audiences in black readers, feminists, and sci-fi fans. By writing from the voice of the disenfranchised, Butler was able to properly give a voice to those without one. She called sci-fi the freest way to write, and by focusing her writing efforts on feminism and black culture, she was able to bring the freedom of sci-fi to communities that weren't always catered to directly.

The post-apocalyptic novel Dawn is the first in Butler's Xenogenesis series (also known as Lilith's Brood), which contains three novels. The book follows Lilith Iyapo—an African American woman who has just lost her husband and son when an atomic fire consumes what's left of Earth. She awakens hundreds of years later to learn that an alien race, the Oankali, arrived just in time to save humanity from extinction and are now transporting the surviving humans back to their home planet—with a catch. The Oankali want Lilith to be the one to revive mankind, but in exchange they wish to create a new species that's part human, part Oankali. 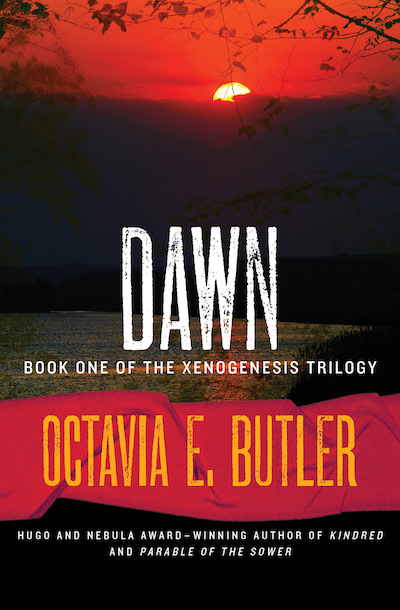 Related: Humanity is Reborn in Lilith's Brood by Octavia Butler

There's no projected release date for the adaptation yet, but we can't wait to see what the exceptional team does next.

Want more Octavia Butler? Sign up for The Portalist's newsletter and get stellar stories delivered straight to your inbox.