Interview: Melissa Albert on Writing in the Blank Space After the 'Happy Ending'

The Hazel Woods author teases the "glitter and blood" readers can expect from her new book.

The Hazel Wood is a portal fantasy, and Tales from the Hinterland certainly has a portal element as well. Did you always know that this world would incorporate portal elements?

I think it was preordained that my first book would be a portal fantasy. Nothing sped my brain quite like a portal world when I was a kid reader, and the books that most directly pushed me toward writing—Peter Pan, the Chronicles of Narnia—tended to be portal fantasies.

The Hinterland is itself a portal world, but I couldn’t resist tucking further liminal spaces into its tales. The most influential instance of that kind of storytelling in the classic canon is, for me, “The Twelve Dancing Princesses,” and readers will find a nod to it in [the] Hinterland story “The House Under the Stairwell.” 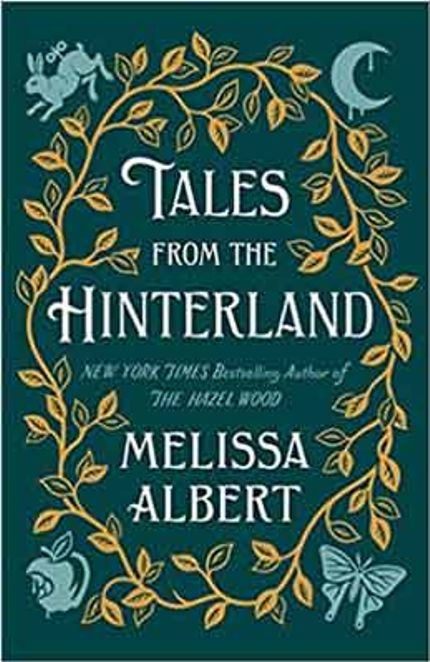 It was SUCH a different challenge. On the one hand, I was able to move among stories as I wrote them, constantly keeping my head refreshed, and I could read through a tale in under an hour to check for flow, consistency of tone, etc, instead of having to hold a novel’s entire universe of moving parts in my mind.

On the other hand, I did have to figure out a satisfying ending twelve times instead of once. I also found that the voice of the fairy tales was something I had to work my way into and modulate till I had it where I wanted it.

There’s so much space between, say, the Grimm Brothers and Angela Carter, or Angela Carter and modern practitioners of short-form, fey-inflected tales such as Kelly Link or Leigh Bardugo or Carmen Maria Machado, and it took time for me to find my place.

Along the same lines, the pandemic has made many of us consider relationships in our lives, including our relationship with our creative selves. Has the past year changed the way you conceptualize your own writing at all?

I think a lot of things have conspired to move me into a headspace where, right now, writing is this ridiculous headlong pleasure. Currently I’m working on my fourth book, and have been since fairly early in the pandemic, and it’s going to be my first outside of the Hazel Wood world. Writing is always an escape, but in my lifetime there has never been so much—on a global level—to escape from.

I think between that, my extreme excitement about this new book I’m writing (a standalone contemporary fantasy), and a newly sharp appreciation of any time I can get as a working mother to truly focus on writing, I’m powered by an immense gratitude for it. I’m sure I’ll get bogged down in anxieties/deadlines/uncertainty/etc. again soon, like all creatives, but hopefully I’ll remember that it’s temporary.

RELATED: Fairy Tales Retellings That Will Make You Question Your Childhood

Often the most horrifying elements of fairy tales are left unexamined, particularly that stuff in the blank space after the “happy ending.” Childbirth before modern medicine, marriage to a total stranger (even a royal one), being far from a home you’ll never reclaim.

I opted to tell a few of the Hinterland tales in a sort of compound form, in which the narrative begins with a passage that works as a compressed tale of its own, before the main plot arc begins. By folding together these generations of tales I thought I could dig a bit into the story after the story, even if the focus moves on to other characters.

RELATED: What Fairy Tales and Horror Movies Have in Common

The Hinterland is a world, like our own, full of imperfect relationships, and imperfect ‘happily ever afters.’ What do you hope readers will take away from this aspect of the Hinterland mythos?

Writing a collection of original fairy tales felt like opening a massive, thrilling craft box full of mysterious keys and talking cats and stolen skins and wicked mothers and singing bones and looooots of glitter and blood and getting to play.

My main hope here is that readers just have a lot of fun reading them, as I always did reading fairy tales. The collection is dark, for sure, but to me so many things that would make for a very depressing contemporary novel—dead parents, lost children, struggles with infertility and infidelity—are table stakes for fairy tales. They serve as a scaffolding on which you can build some very twisty, exciting structures.

RELATED: Enter to Win Tales from the Hinterland Today 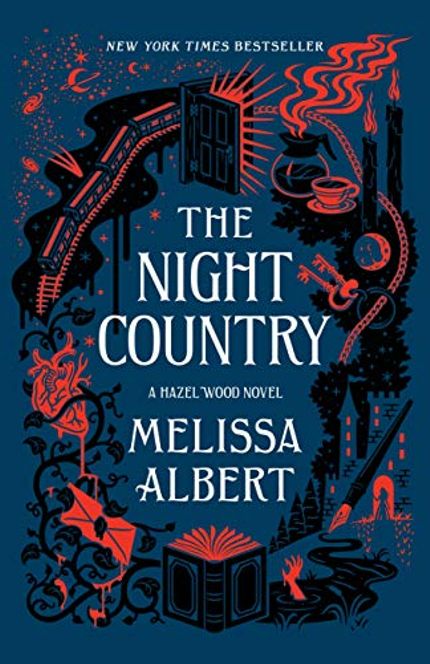