The New York Times bestselling writer is inspired by the omnipresence of childhood stories.

I have to imagine that due to covid, the lead-up to releasing A Wild Winter Swan probably feels very different than it has with previous books. What has that experience been like?

Some books stamp into the world with the tintinnabulum of current events to broadcast its arrival. Isabel Wilkerson’s new book, which I haven’t read yet, called Caste, seems both on its merits and in its fortuitous timing to be that sort of arrival.

Other books are brought in by hand, cherished because of their nature and their quirky individuality. I have experienced both. (My Son of a Witch came out about a year after Wicked opened on Broadway, so hit the stalls with bigtime fanfare.) I thought of A Wild Winter Swan as a kind of wintery valentine to things we used to cherish when we were younger: A simplicity of expectation, a circumscription of arena, an investment in the social and actual weather of our neighborhood, our week.

My novel takes place over the course of a week in late winter, 1962, and almost all the action occurs within a few square blocks of the Upper East Side. I had wanted it to appeal to our sense of a long ago and less complicated moment. Now, I think it has the chance of an even richer welcome, for we are all sequestered and uncertain of our future as my 15-year old character, Laura Ciardi, is in her own 200-some pages of A Wild Winter Swan. 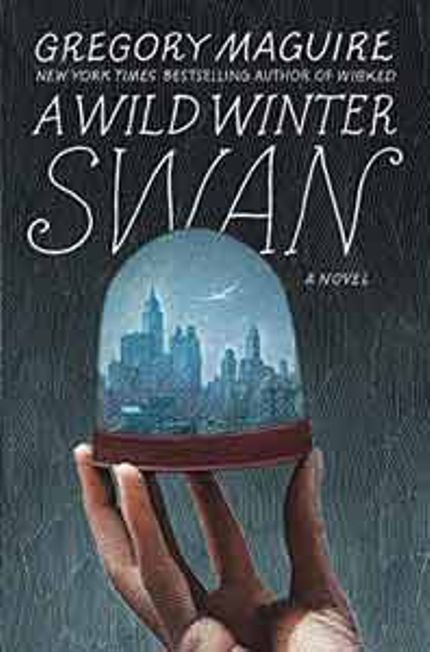 "I chose to use childhood material for my adult novels as a way of hanging up a sign on the book jacket, something that signals: THIS BOOK IS OPEN TO ALL."

What books have been helping you through quarantine?

I’ve been revisiting old favorites and going to things I had put off reading. Old favorites: Jane Gardam’s The Queen of the Tambourine; Rose Macaulay’s The Towers of Trezibond. Audiobooks (I’ve been driving a lot): Gabriel Garcia Marquez’s Love in the Time of Cholera (naturally); a thriller called A Time for Killing; the new novel about the death from plague of Shakespeare’s son, Hamnet.

To fill in gaps, Turgenev’s Fathers and Sons. For research and curiosity, Singing Down the Moon, a study of magic in classical Greece and Rome. And Ocean Vuong’s On Earth We're Briefly Gorgeous. And Normal People. And in galleys the forthcoming biography of Louise Fitzhugh, Sometimes You Have to Lie.

What is the appeal for you of writing about widely-recognized worlds like Oz or Wonderland?

Long before we reached the twenty-first century I was becoming aware of the increasing polarization in American society. While I know my own mind (and yes I can still change my mind, and do), neither do I like to argue nor do I like to choose my friends because of the commonality of our political, faith, or cultural—or even literary—tastes and beliefs.

The advantage of the material of childhood is that it belongs to everyone who had a childhood. It is as close to a universal truth that we all share despite whom we grew up to become.

Wonderland isn’t more Christian than Hindu (indeed it is scrupulously not religious at all). Oz isn’t more Republican than Democratic. Children are no less curious because they are of one race than another. I chose to use childhood material for my adult novels as a way of hanging up a sign on the book jacket, something that signals: THIS BOOK IS OPEN TO ALL.

What drew you to Andersen’s “The Wild Swans”?

To be fair, I thought the boy with one swan wing was the sexiest creature in all of literature, and this was way before pubescence. I just thought “If only he were real, and came into my life, I am sure we would be friends.” I have learned by discussion that I am not alone in this.

My friend Julie Glass, the National Book Award winner for Three Junes, told me to hunt up Michael Cunningham’s short story based on Andersen’s tale, too. And I’ve seen other iterations.

Unnamed, he is a figure who has a universal mystery and appeal—even as he is riven with wildness, and dangerous because of that. (I named him HANS, both as a nod to Hans Christian Andersen and because, as I remember, one of the old old roots of the name Hans, in Sanskrit or some proto-European language system, suggested it had an overlay of meaning with “swan.”)

When you are writing a retelling like A Wild Winter Swan or Wicked, how do you engage with the source material?

There are few similarities in those two examples. For Wicked, I was living in England and had no access to the 1939 film in the local video store. At the time, that famous MGM film was not much admired, and not available for rent or borrowing from libraries.

I had to rely on my memory—which was not perfect. (One remembered line was the Witch saying “I might have known you’d be behind this, Glinda!” but I’m now not sure that I didn’t invent it. It was that line that really gave me the notion that those two ladies had known each other for some time, maybe even gone to school together.) So for Wicked I used every memory and sensory impression of the novel by L. Frank Baum and the multiple viewings of the film.

For other books, though, esp. those based on fairy tales like A Wild Winter Swan or Mirror Mirror, my hope is to clutch the original only very lightly in my hand, like a live hummingbird or a butterfly, or the white head of a dandelion, to examine not just how it moves but how much it is defined by the space around it.

Fairy tales are spare and they generously afford many approaches and interpretations. I try to keep something whole and legitimate from the original impulse of the tale, as I imagine it to have been, while opening my hands little by little and letting the movement of parts, the scattering of seeds, the whirr of wings, to expand.

It’s hard to believe Wicked is 25 years old. Are there any themes or aspects of Wicked that are more apparent for you now than they were when the book first came out?

Frankly I had thought Wicked might be considered mighty retro when it came out in 1995. I had thought, “The bullying and the demonizing of the different, the warlord hiding from the people in his palace—those are tropes from Orwell, from Nixonian times, from the pre Civil Rights era. I hope people don’t laugh this book into the remainder bin.” How wrong I was. How the cycle of violence and evil endlessly replenishes itself.

Wicked has not failed to remain immediate from decade to decade, even if now I probably would have tried to streamline the storytelling techniques. But I was looking to write a sort of Gone With the Wind or War and Peace set in Oz, and that required a hefty cast of characters and a considerable span both of decades of plot and of pages to capture it in. 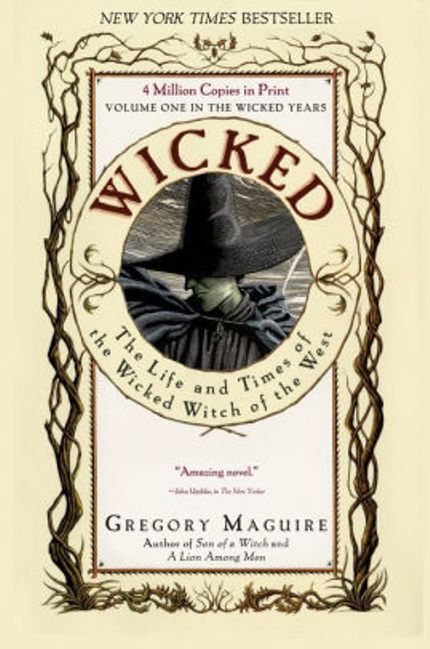