We've partnered with Escape Velocity to give away 6 weekend passes to the Maryland con, a $75 voucher, and a book bundle signed by Greg Bear.

The Portalist is partnering with Escape Velocity to give away weekend passes to the convention in Maryland from May 25-27.

A futuristic world's fair, Escape Velocity lives at the corner of imagination and science. It promotes STEAM (Science, Tech, Engineering, and Math) education by combining the fun of comic cons and the fascination of science and engineering festivals. The 3-day event features over-the-horizon technology and panels on hard science and pop culture. Plus, hands-on STEAM activities for kids and amazing costumes and evening events for adults!

1 book bundled with 1 signed copy each of Greg Bear’s Just over the Horizon, Blood Music, and Anvil of Stars

One runner-up will receive:

Enter your email address for a chance to win the sweepstakes!

By submitting your email address, you agree to receive emails from The Portalist and Escape Velocity.

Includes three days of programming, access to the exhibit floor, and evening activities. Escape Velocity 2018 will be held on May 25 – 27, 2018 at the Gaylord National Resort and Convention Center in beautiful National Harbor, Maryland.

The Portalist will give the grand prize winner a $75 Visa e-gift card to be used for lunch, transportation, or whatever else you need to enjoy your time at Escape Velocity.

The New York Times Book Review hails this collection of thirteen dazzling stories and a rare screenplay by Hugo and Nebula Award–winning author Greg Bear as a “solid introduction to the oeuvre of a classic writer.”

Greg Bear—author of Queen of Angels, Eon, and Hull Zero Three, among many other hugely popular novels—has an ability to transform challenging scientific concepts into gripping fiction that has won him numerous awards and an avid following. He has written novels about interstellar war, human evolution, intelligent bacteria, international terrorism, and the exploration of deep space—but he doesn’t stop there. This brilliant collection of Bear’s stories, each newly revised by the author, proves he is a master of the short form as well. Just Over the Horizon offers thirteen mind-bending explorations of the near future . . . or just beyond the border of conventional reality. 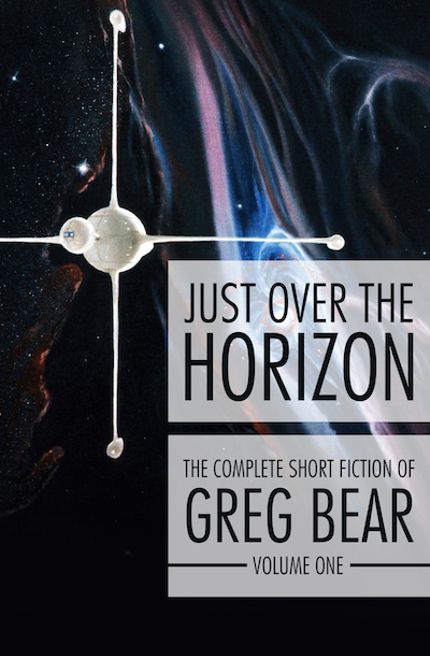 Nebula Award Finalist: A genetic engineering breakthrough may portend the destruction of humanity in this cyberpunk novel by the author of The Forge of God.

This Hugo and Nebula Award finalist follows present-day events in which the fears concerning the nuclear annihilation of the world subsided after the Cold War and the fear of chemical warfare spilled over into the empty void it left behind. An amazing breakthrough in genetic engineering made by Vergil Ulam is considered too dangerous for further research, but rather than destroy his work, he injects himself with his creation and walks out of his lab, unaware of just how his actions will change the world. Author Greg Bear’s treatment of the traditional tale of scientific hubris is both suspenseful and a compelling portrait of a new intelligence emerging amongst us, irrevocably changing our world. 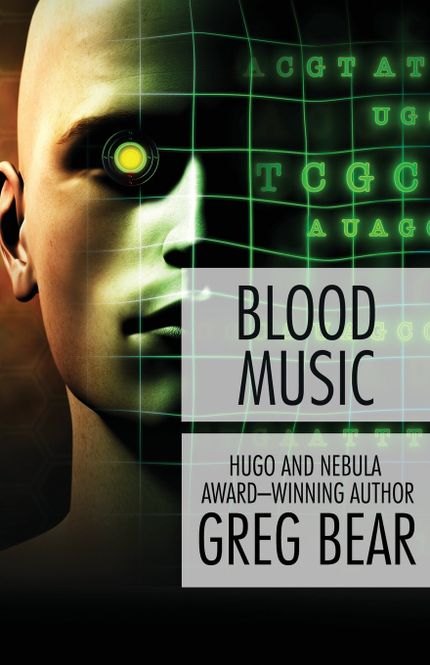 The Ship of the Law travels the infinite enormity of space, carrying eighty-two young people: fighters, strategists, scientists—and children. After one alien culture destroyed their home, another offered the opportunity for revenge in the form of a starship built from fragments of the Earth’s corpse, a ship they now use to scour the universe in search of their enemy.

Working with sophisticated nonhuman technologies that need new thinking to comprehend them, they’re cut off forever from the people they left behind. Denied information, they live within a complex system that is both obedient and beyond their control. They’re frightened. And they’re waging war against entities whose technologies are unimaginably advanced and vast, and whose psychology is ultimately, unknowably alien.

In Anvil of Stars, the multimillion-selling, Nebula Award–winning author of Eon and other science fiction masterpieces “fashions an action-packed and often thrilling plot; by using each of the well-depicted alien races to mirror human behavior, he defines what it means to be Homo sapiens. . . . A gripping story” (Publishers Weekly). 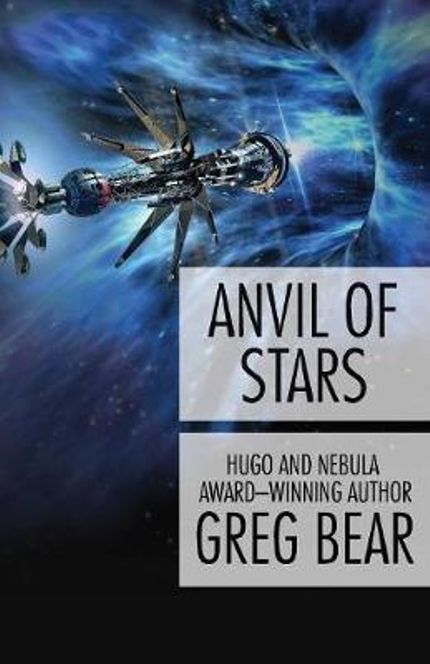 Note: The sweepstakes is open to all legal residents of the 50 United States and Washington, DC who are 18 years of age and older by 5/1/18.