Part of the power of fiction is its ability to reveal truths about humanity and our place in the galaxy. In science fiction, that insight is often beamed down to us through parable, satire, or prediction. It’s quite easy to catch glimpses of our reality—and see unnerving visions of our calamitous future—in sci-fi classics like Margaret Atwood’s The Handmaid’s Tale and George Orwell’s 1984 or even blockbuster franchises like Star Wars and Star Trek. What some sci-fi fans may not know is that William Shatner himself gazed into the near-future in a series of sci-fi books published between 1989 and 1997—known as the TekWar novels. 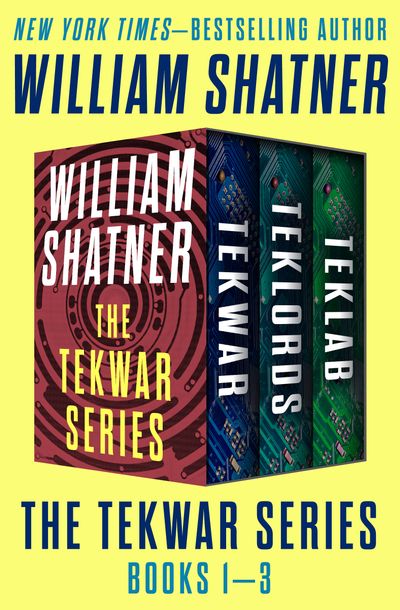 Shatner, of course, is no stranger to the genre. For three years he boldly explored the far reaches of outer space as Captain James T. Kirk of the USS Enterprise on the original Star Trek series. While Star Trek: TOS only aired from 1967 to 1969, the groundbreaking space program left a lasting impression on the sci-fi genre and pop culture as a whole. It also introduced Shatner to a worldwide audience, and made him an eccentric fixture of the sci-fi universe—someone equally skilled at cradling tribbles as he is croon-talking through a performance of Elton John’s “Rocket Man” in chroma key triplicate at the 1978 Saturn Awards.

Want more science fiction? Sign up to get the best in sci-fi and fantasy sent straight to your inbox.

Similarly, the first mission of Shatner’s TekWar series is to entertain. And while it doesn’t journey into the same deep space explored by the authors mentioned above, it does ask a number of questions about our relationship with technology that echo through to this day. Let’s buckle up and take a ride, shall we?

The TekWar series is comprised of nine novels, beginning with 1989’s TekWar and concluding with 1997’s Tek Net. The series also spawned a comic book series (Marvel’s TekWorld); a first-person shooter video game (William Shatner’s TekWar); and screen adaptations in the form of made-for-TV movies and the TekWar TV series that aired from 1994 to 1996. The entire franchise stems from a premise dreamed up by William Shatner and first established in 1989’s TekWar—with ghostwriting duties handled by Edgar Award-nominee Ron Goulart.

RELATED: Star Trek Gifts for the Trekkie in Your Life

TekWar imagines a 22nd-century future world where our drug problems have fused with our computer problems. “Tek” is an illegal electronic brain stimulant that comes in the form of a silicon chip. Inserting the chip into a Brainbox and connecting to this device via a headset allows an individual to tap into a digitized blissfield and momentarily escape the crushing realities of everyday life. Needless to say, Tek’s mind-altering trip tempts many a user to plug in, turn on, and drop out. Into this world steps Jake Cardigan, the troubled protagonist of the series. 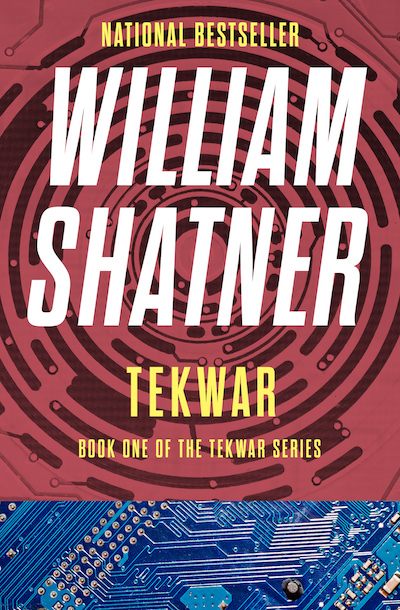 Cardigan is a former-lawman-turned-private-eye from Greater Los Angeles. Four years ago, he was convicted of a crime he didn’t commit: dealing Tek. He lost his badge and his freedom when he was forced into cryobiotic slumber and filed away in a plastic cubicle on a penal colony orbiting Earth. His sentence? Fifteen years. But someone has arranged for an early release. Freshly resurrected from his deep sleep, Cardigan returns to the world he left behind and sets out to track down the shadowy players who set him up. His quest sends him deep into the underbelly of a futuristic Los Angeles and into a Tek cartel criminal underworld that stretches across the globe.

The first novel in the series introduces a number of recurring characters—Cardigan’s wisecracking partner Sid Gomez, Cardigan’s former wife Kate and their son Daniel—and its high-tech setting is packed with gleaming robot assistants and computerized homes. Subsequent installments send Cardigan on missions to cities like Berlin and Rio de Janeiro, where he uncovers international drug conspiracies and plots to overthrow political leaders. The result is a series that draws from multiple genres to tell its story, delivering a pulpy mashup of action-packed sci-fi crime noir. Indeed, in a 1993 article published in Entertainment Weekly, Shatner described the original concept of TekWar as taking TJ Hooker—the cop drama he starred in from 1982 to 1986—and placing it a space age setting. 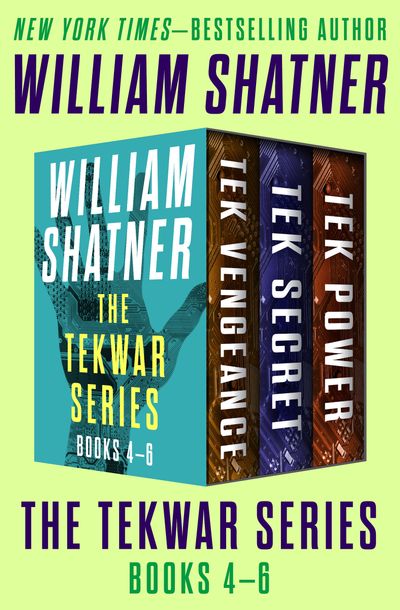 The TekWar series rarely gets too ruminative and moves at a propulsive clip that emulates a page-turning thriller. Nevertheless, its futuristic setting gives you plenty to ponder if you choose to stop and philosophize. Cardigan, for instance, is a Tek user who must manage his addiction while also seeking justice. The series as a whole explores issues of drug addiction, our growing dependence on technology, and, of course, the dopamine rush of digital escapism and electronically sourced pleasure. A quick scroll through your feeds—and the joyful, queasy sensation it delivers—will reveal that this last issue is just as relevant today as it was when Shatner and Goulart first integrated it into their narrative.

All of this isn’t to suggest that TekWar does not also serve up its fair share of genre cheese. Unquestionably, it does. Its pages are packed with techie jargon and hard-boiled tough guys while TekWar’s fast-moving storylines do not sweep you away so much as rocket you through its sci-fi setting. But honesty, what do you expect? This is Shatner we’re talking about—the defeater of Gorn and yeller of KHAAAN! The man has built a career out of mingling sincerity with camp and delivering out-there performances that never take themselves too seriously.

RELATED: Read the True Story Behind One of the Best Star Trek Episodes Ever

Every writing genre possesses the potential to offer insight into our reality. The beauty of science fiction is that many of its practitioners also know how to have a blast while doing so. It is a genre capable of prescience and literary solemnity as well as gleeful escapism into fantastic realms. The TekWar series is proof of that. Readers in search of grand meditations on the cosmos have plenty of narratives from which to choose. Readers who crack open the TekWar series will discover a fun genre trip from the mind of one of sci-fi’s most endearing entertainers. 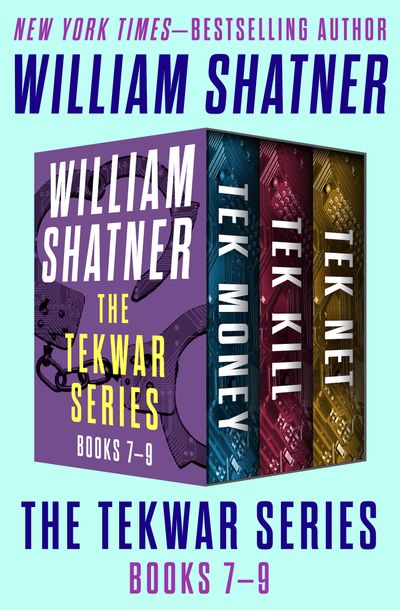 Want more science fiction? Sign up to get the best in sci-fi and fantasy sent straight to your inbox.