What If Wars Were Fought by Traveling Through Time?

In Andre Norton’s “The Time Traders,” tensions between the United States and Russia are heightened when time travel is introduced into the equation.

Imagine a world in which the standard rules of combat that have been around since the beginning of time are obsolete due to a new variable: time travel. Instead of wars being fought on the ground, they’re fought through time and space.

In science fiction and fantasy author Andre Norton’s book, The Time Traders, criminal Ross Murdock must choose between the dreaded “rehabilitation” center for convicts, or joining Operation Retrograde—a U.S. military effort looking for someone “expendable” to send through time to obtain intel from the Russians.

Read on for an excerpt that follows Murdock’s escape from Operation Retrograde, then download the book. 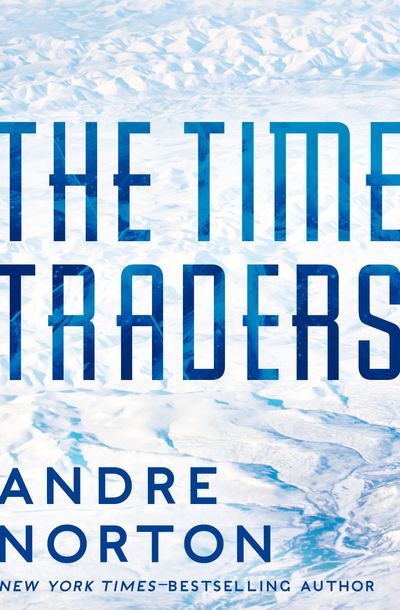 “Well, what do you say, Murdock? Are you with me or not?”

“I’ll take some time to chew it over—”

“Time is what you do not have, boy. Tomorrow they will tape you. Then—no over the wall for you.”

“Suppose you tell me your trick for fooling the tape,” Ross countered.

“That I cannot do, seeing as how it lies in the way my brain is put together. Do you think I can break open my skull and hand you a piece of what is inside? No, you jump with me tonight or else I must wait to grab the next one who lands here.”

Kurt stood up. His last words were spoken matter-of-factly, and Ross believed he meant exactly what he said. But Ross hesitated. He wanted to try for freedom, a desire fed by his suspicions of what was going on here. He neither liked nor trusted Kurt, but he thought he understood him—better than he understood Ashe or the others. Also, with Kurt he was sure he could hold his own; it would be the kind of struggle he had experienced before.

“Yes, tonight!” There was new eagerness in Kurt’s voice, for he sensed that the other was wavering. “I have been preparing for a long time, but there must be two of us. We have to take turns driving the cat. There can be no rest until we are far to the south. I tell you it will be easy. There are food caches arranged along the route for emergencies. I have a map marked to show where they are. Are you coming?”

When Ross did not answer at once the other moved closer to him.

“Remember Hardy? He was not the first, and he will not be the last. They use us up fast here. That is why they brought you so quickly. I tell you, it is better to take your chance with me than on a run.”

“So they have not yet briefed you? Well, a run is a little jaunt back into history—not nice comfortable history such as you learned out of a book when you were a little kid. No, you are dropped back into some savage time before history—”

“Yes? You saw those two big blond boys tonight, did you not? Why do you suppose they sport those braids? Because they are taking a little trip into the time when he-men wore braids, and carried axes big enough to crack a man open! And Hodaki and his partner… Ever hear of the Tartars? Maybe you have not, but once they nearly overran most of Europe.”

Ross swallowed. He now knew where he had seen braids pictured on warriors—the Vikings! And Tartars, yes, that movie about someone named Khan, Genghis Khan! But to return into the past was impossible.

Yet, he remembered the picture he had watched today with the wolf slayer and the shaggy-haired man who wore skins. Neither of these was of his own world! Could Kurt be telling the truth? Ross’s vivid memory of the scene he had witnessed made Kurt’s story more convincing.

“Suppose you get sent back to a time where they do not like strangers,” Kurt continued. “Then you are in for it. That is what happened to Hardy. And it is not good—not good at all!”

Kurt snorted. “That they do not tell you until just before you take your first run. I do not want to know why. But I do know that I am not going to be sent into any wilderness where a savage may run a spear through me just to prove something or other for Major John Kelgarries, or for Millaird either. I will try my plan first.”

The urgency in Kurt’s protest carried Ross past the wavering point. He, too, would try the cat. He was only familiar with this time and world; he had no desire to be sent into another one.

Once Ross had made his decision, Kurt hurried him into action. Kurt’s knowledge of the secret procedures at the base proved excellent. Twice they were halted by locked doors, but only momentarily, for Kurt had a tiny gadget, concealed in the palm of his hand, which had only to be held over a latch to open a recalcitrant door.

There was enough light in the corridors to give them easy passage, but the rooms were dark, and twice Kurt had to lead Ross by the hand, avoiding furniture or installations with the surety of one who had practiced that same route often. Murdock’s opinion of his companion’s ability underwent several upward revisions during that tour, and he began to believe that he was really in luck to have found such a partner.

In the last room, Ross willingly followed Kurt’s orders to put on the fur clothing Kurt passed to him. The fit was not exact, but he surmised that Kurt had chosen as well as possible. A final door opened, and they stepped out into the polar night of winter. Kurt’s mittened hand grasped Ross’s, pulling him along. Together, they pushed back the door of a hangar shed to get at their escape vehicle.

The cat was a strange machine, but Ross was given no time to study it. He was shoved into the cockpit, a bubble covering settled down over them, closing them in, and the engine came to life under Kurt’s urging. The cat must be traveling at its best pace, Ross thought. Yet the crawl which took them away from the mounded snow covering the base seemed hardly better than a man could make afoot.

For a short time Kurt headed straight away from the starting point, but Ross soon heard him counting slowly to himself as if he were timing something. At the count of twenty the cat swung to the right and made a wide half circle which was copied at the next count of twenty by a similar sweep in the opposite direction. After this pattern had been repeated for six turns, Ross found it difficult to guess whether they had ever returned to their first course. When Kurt stopped counting he asked, “Why the dance pattern?”

“Would you rather be scattered in little pieces all over the landscape?” the other snapped. “The base doesn’t need fences two miles high to keep us in, or others out; they take other precautions. You should thank fortune we got through that first mine field without blowing…”

Ross swallowed, but he refused to let Kurt know that he was rattled. “So it isn’t as easy to get away as you said?”

“Shut up!” Kurt began counting again, and Ross had some cold apprehensive moments in which to reflect upon the folly of quick decisions and wonder bleakly why he had not thought things through before he leaped.

Again they sketched a weaving pattern in the snow, but this time the arcs formed acute angles. Ross glanced now and then at the intent man at the wheel. How had Kurt managed to memorize this route? His urge to escape the base must certainly be a strong one.

Back and forth they crawled, gaining only a few yards in each of those angled strikes to right or left.

“Good thing these cats are atomic powered,” Kurt commented during one of the intervals between mine fields. “We’d run out of fuel otherwise.”

Ross fought down the impulse to move his feet away from any possible contact point with the engine. These machines must be safe to ride in, but the bogy of radiation was frightening. Luckily, Kurt was now back to a straight track, with no more weaving.

“We are out!” Kurt said with exultation. But he added no more than just the reassurance of their escape.

The cat crawled on. To Ross’s eyes there was no trail to follow, no guideposts, yet Kurt steered ahead with confidence. A little later he pulled to a stop and said to Ross, “We have to drive turn and turn about—your turn.”

Ross was dubious. “Well, I can drive a car—but this——”

“Is fool proof.” Kurt caught him up. “The worst was getting through the mine fields, and we are out of that now. See here—” his hand made a shadow on the lighted instrument panel, “this will keep you straight. If you can steer a car, you can steer this. Watch!” He started up again and once more swung the cat to the left.

A light on the panel began to blink at a rate which increased rapidly as they veered farther away from their original course.

“See? You keep that light steady, and you are on course. If it begins to blink, you cast about until it steadies again. Simple enough for a baby. Take over and see.”

It was hard to change places in the sealed cabin of the cat, but they were successful, and Ross took the wheel gingerly. Following Kurt’s directions, he started ahead, his eyes focused on the light rather than the white expanse before him. And after a few minutes of strain he caught the hang of it. As Kurt had promised, it was very simple. After watching him for a while, his instructor gave a grunt of satisfaction and settled down for a nap.

Want more Andre Norton? Sign up for The Portalist's newsletter!

This post is sponsored by Open Road Media. Thank you for supporting our partners, who make it possible for The Portalist to continue publishing the out of this world stories you love.