Know your Offred from your Ofglen? Eyes from your Angels? This free Ebook will get you up to speed for Season 2.

The Handmaid's Tale returns for Season 2 on April 25th, and we couldn't be more excited. The first season of the Emmy Award-winning series brought to life the disturbing world depicted in Margaret Atwood's influential dystopian novel—a world that feels uncomfortably similar to 2018 America.

Season 2 will take readers even deeper into the Republic of Gilead, and explore the stirrings of revolution. To celebrate the new season, we're giving you a free Ebook guide to the compelling novel.

Summary and Analysis of The Handmaid's Tale 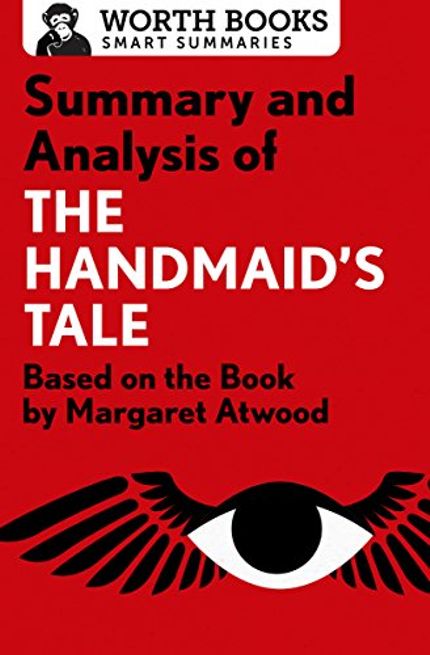 This guide to the seminal feminist story includes an overview of the book's historical context, in-depth analysis of symbolism and themes, a collection of critical quotes and terms from the novel, and a fascinating trivia section. Read about the complex setting behind Offred's life and the complicated reality that every character must face. The guide includes a summary, a list of characters, trivia, direct quotes and analysis, and a list of themes and symbols. There's also more information about Margaret Atwood, the author behind The Handmaid's Tale.

Atwood has published sixteen novels, seventeen books of poetry, and many more works including short stories, essays, and children's books. She wrote The Handmaid's Tale in 1985, but it was inspired by the rise of feminism in the 1970s and continued controversy over birth control and abortion. These issues are still relevant today, and the novel and guide are a great way to educate yourself on the ways that fiction often mirrors reality for many years after the fact.

Gain a greater understanding of a gripping and increasingly relevant novel with this free guide.

Download a FREE copy of Summary and Analysis of The Handmaid's Tale when you sign up for The Portalist newsletter!

Featured still from "The Handmaid's Tale" via Hulu