It's Aliens vs. Ninjas in This Rip-Roaring Space Adventure

After invading Earth and the Terran Democratic Empire, the Ryquil aliens quashed rebellion by training their subjects to support their cause. But it seems their loyalty-conditioning hasn’t been enough: Thirty years later, the underground resistance force is stronger and more passionate than ever.

At the heart of it all is 26-year-old Allen Caine, who has just received a mission that could tip the scales of power in humanity’s favor...But the details of his assignment are not what he expected. Standing before a group of major Resistance leaders, Caine gets a new identity and a surprising destination: the struggling planet of Pliny. Disguised as Ryquil government aide Alain Rienzi, he follows orders—searching for the hidden record that will lead him to a cache of war weapons. If found, the Ryquil won't stand a chance.

But what Caine finds instead are the blackcollars, a sect of anti-Ryquil ninjas with powers unlike any other warrior. Unfortunately, their essential performance-enhancing drug is now hard to come by—though that doesn't mean they don't make valuable allies. Together, Caine and the blackcollars hunt for the secret record that may very well be humanity's last hope for freedom...

Blackcollar is the first book in Timothy Zahn's rip-roaring space adventure series, which continues in The Backlash Mission. The following excerpt takes place after Caine (now Rienzi)—newly arrived on Pliny and pretending to do research for a book on the war—encounters Damon Lathe and Rafe Skyler. Both men were blackcollars before the loss of the Idunine supply, though Caine is happy to learn they’re still in touch with their former comrades in arms. In fact, Lathe reveals they have a gathering in two days’ time—and asks if "Rienzi" would like to join them. Hoping the blackcollars will have information that will advance the Resistance cause, Caine agrees to tag along... 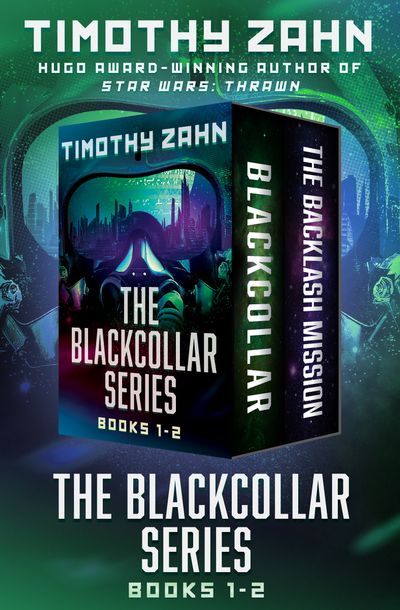