The author of the Shannara saga explains why he took a break from epic fantasy with a futuristic thriller set in dystopian L.A.

Terry Brooks, creator of the vast and beloved Shannara universe, the Magic Kingdom series, the Word and Void trilogy, and much more, received the World Fantasy Award for Lifetime Achievement in 2017. His latest novel, though, is not fantasy at all but a futuristic thriller called Street Freaks, set in a dystopian future U.S.

The story begins when teenager Ash receives a frantic message from his father telling him to flee. Moments later their skyscraper apartment is invaded by robots on the hunt. Ash escapes—barely—but finds out that his father has died, supposedly by suicide. Completely unprepared to deal with the world beyond the privileged bubble of his earlier life, Ash finds an precarious new home with the Street Freaks, a group of young outcasts. Each has been genetically enhanced or in some way altered; each turned out to be a “failed experiment” and was cast aside. Now they have only each other. And Ash finds that he may be a kind of experiment himself ...

The Portalist spoke to Brooks about writing for readers of all ages, why he was compelled to tell a futuristic story, and how current events inspired Street Freaks.

Every novel begins with the germ of an idea, or several connected ideas, that eventually flower into the final product. Do you recall your earliest thoughts about Street Freaks and what kind of story you wanted to tell?

Hey, I remember everything about how this book came into being. But it didn’t start with a germ of an idea. It started with a whole bunch of thoughts about a story that moved away from fantasy and into the realm of what I call futuristic thrillers. Like everyone else, I have been troubled for some time by the contentious, polarizing mindset of the U.S. population and especially those who purport to be our leaders. Anger, blame assignment, refusal to cooperate or to see the other guy’s point of view, refusal to believe facts when it is inconvenient to do so, and especially a tendency towards putting an emphasis on prejudice against those not like us.

It was this last form of poor behavior that really struck a nerve. I tried to think ahead to how it might evolve over the next several hundred years. Prejudice, after all, evolves with each new generation and takes on new forms and fresh emphasis. We talk about eliminating prejudice against others, but in the course of the human existence we have never been able to do so. We tamp it down and we try to be better, but it is always there. So I wondered where it might sew its seeds next, and I knew the answer almost immediately.

"I really didn’t need long explanations on the scientific principles. I just needed to tell a good story about some people in trouble."

We are engaged in an evolution of the human condition through scientific advances in stem cell research, genetics and A.I., among other forms of life study. We already not only have synthetic organs and transplants of harvested organs, but we are beginning to grow new organs fresh from human tissue. We have intelligence enhancements in any number of A.I. forms. Lots of people find this troubling. On a religious level, there are all sorts of questions about whether this is good or bad. But it is happening anyway. And science will continue to explore what is possible.

So what happens when we can create people from tissue and synthetics, from test tubes and genetic stews to be like Blade Runner replicants? Not similar to us, but exactly us. I see a lot of conflict and prejudice when this happens, and a marginalizing of these new people in the same way in which we have marginalized people due to color, religion, nationality and sexual identity over the years. Those new people, I decided, would be my Street Freaks. But what if they were the ones who could save us from a disaster of our own making? And what if my protagonist was a young man who believed himself to be a human of the old sort, but might not be? And what if he, while trying to sort things out, fell in love with a synthetic girl?

That’s how the story came about. Only five rewrites and I had it. 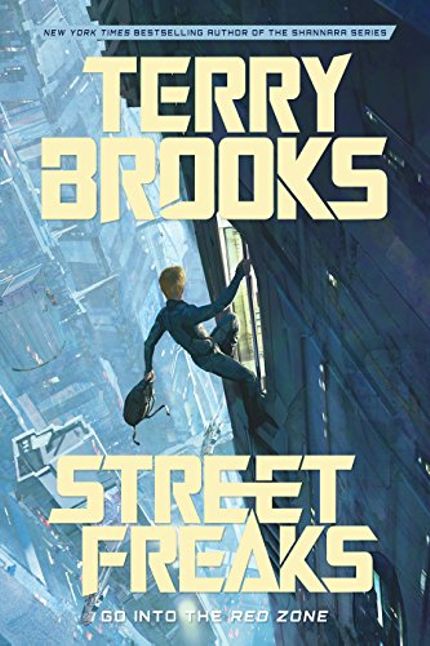 Although many of the characters in Street Freaks are teenagers, the novel deals with sophisticated moral choices. Do you consider it to be a book primarily for teens?

Nothing I write has ever been primarily for any age. I write in the Tolkien tradition—making my work accessible to anyone who is capable and interested in reading it. That has been true of the Shannara books for all these years, and it is too late for this old dog to learn new tricks. I think it is a mistake to declare a book that features teenagers to be a YA book. Not to denigrate YA at all; I read it all the time and the field is crowded with fine writers. But I am writing stories in which difficult moral choices and questions of responsibility towards others are always in play—not just for young people, but for adults. My readers these days run from eight to eighty, and they don’t ever stop to consider if this is a book for their age. They read it because they have been with me most of their lives and like the stories I tell. 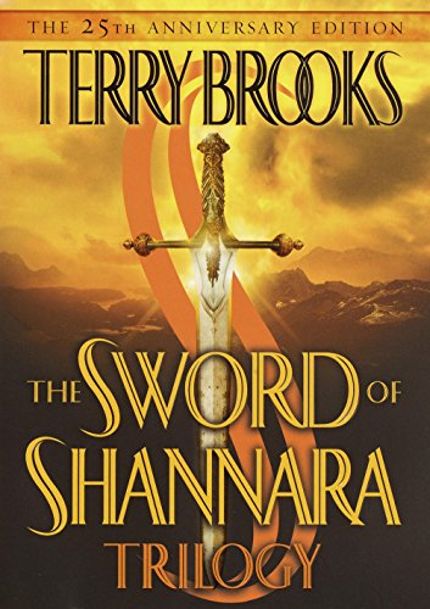 You are mainly known for your fantasy works, from the Shannara series to the Word and Void trilogy and more. What made you want to try a science fiction story?

Truth be told, I just got the itch to write something new. It happens about every 10 years or so. Almost everything that I chose to tackle over the years that wasn’t a Shannara book came because I needed a break from the Shannara books and had an idea I wanted to explore. That was true with Magic Kingdom, Word & Void and all of my other fiction and non-fiction work. To last as long as I have in this business, I think you have to periodically challenge yourself by doing something new. Recharge your batteries, re-imagine your way of thinking, test your writing skills in a new way and never get mired in doing only one thing. Even in Shannara, I resolved right from the beginning to tell the stories as historical sagas, where we were always in the same world, but we followed the adventures of different members of a few key families at different points in history. This allowed for a fresh take on the books each time out.

Street Freaks was a challenge towards which I was pulled right away. No fantasy, just something sort of in the science fiction genre but more of what I call a futuristic thriller. My command of real science could fit in a thimble, so attempting a hard science story was out. But I really didn’t need long explanations on the scientific principles. I just needed to tell a good story about some people in trouble, and I do know how to work with storytelling and possibilities of that sort. So what I started with was enough to let me write the book.

Editor’s Note: Betsy Mitchell was Brooks’ editor for many years during her time as editor in chief at Del Rey, and worked on "Street Freaks". This interview has been edited and condensed for clarity.