You Need to Read Sarah J. Maas' A Court of Thorns and Roses

Or "How I Fell in Love with Faeries—and Why You Will Too."

Well, it's official, dear reader: I have developed a taste for faeries. My dating profile, should I ever find the wherewithal to make one, might say something along the lines of, "Girl seeking kind and affectionate partner. Pointy ears and wings not required, but preferred." This may sound crazy, but I'm here to say that you, too, can develop an appreciation for the physical oddities of these creatures. In fact, your Valentine's Day could be 10x better with a bit of fantastical faerie pizazz.

Allow me to explain myself.

A few months ago, I finally read Sarah J. Maas’ A Court of Thorns and Roses series, having spent too many hours listening to my friends shriek over its romantic pairings. Now, I’m not normally one for high fantasy, much less young adult high fantasy, but I’d been assured the series had “SO MANY OTPS, LIV, YOU WON’T KNOW WHAT TO DO WITH YOURSELF.” How could I resist that kind of endorsement? And one written in all caps, no less?

If you aren't familiar with the books (there are currently three and more on the way), here’s a brief lowdown:

Feyre (pronounced Fay-ruh) is a human girl who, after unwittingly killing a faerie, must pay the ultimate price. A man-beast soon appears on her doorstep, demanding that she accompany him to his faerie homeland—where she'll live with him forever as payment for slaying one of his own. This is an issue because A) the human-faerie conflict is steadily intensifying, and B) Feyre is the caregiver to her destitute father and two bratty sisters. What will happen to her once she’s in enemy territory? What will happen to her family?

But as Tamlin and Feyre become closer, another faerie walks onto the scene—Rhysand (or Rhys), a High Lord of the feared-and-unloved Court of Nightmares. Where Tamlin is the elusive golden boy of your high school sports team, Rhys is the baddie poet who listens to Radiohead and gives you your first cigarette. Due to a long-standing familial feud, both Tamlin and Rhysand hate each other’s guts—and thus, love triangle drama ensues amidst a series of larger, inter-court battles. However, the nature of Rhys' introduction makes it clear Maas has misled us to believe Tamlin is the series' only romantic hero.

This is, of course, all interesting stuff, but it isn’t why I came here. I came for the ride-or-die OTPs—and while A Court of Thorns and Roses gives you enough to keep you coming back, it's nothing compared to the sequel, A Court of Mist and Fury. To quote one of my friends after she heard I'd been assigned this Valentine’s Day article: “Just write, ‘Have dinner and then read ACOMAF after chapter 50. Aloud.’” The second book truly knocks the romance stuff out of the park.

Looking for a new fantasy series? Sign up for The Portalist's newsletter and get recommended reads delivered straight to your inbox.

Mist and Fury sees Feyre—now enormously powerful and traumatized by the climactic events of Roses—become more acclimatized to life in Prythian. When Feyre leaves Tamlin in the dust, Rhys absorbs her into his gaggle of friends, or "Inner Circle." The addition of these characters—and their nuanced connections with each other and, eventually, Feyre—is what takes this story to an entirely new (and better) level. I may have some issues with Maas' overused turns of phrases and repetition, but the woman also knows how to make you care. A lot. Hence, why the series is the ideal Valentine's Day fantasy read.

For some context: Rhys’ friend group includes Azriel—the no-nonsense, winged warrior with a heart of gold—and Cassian, who is also ripped and winged, but more of a jokester. Mor is Rhys’ spunky cousin, and the apple of Azriel's eye. And then there’s Amren, a creature of ambiguous origins, who is short of height and even shorter of temper. (I have always envisioned her as a younger, more attractive version of The Incredibles’ Edna Mode, but I digress...) Each of them is compelling in their own right, with distinctive personalities and their own histories.

In true YA fashion, most of them get paired up. But what elevates these particular couples to OTP, Valentine’s Day-worthy status?

Instead of feeling contrived (as YA romances often do, in my opinion), these pairings feel organic to the story. Rhys and Feyre’s courtship is actually a two-book process—a delicious build-up of sexual tension that reaches such a satisfying climax (heh heh), you don’t even mind the hundreds of pages you’ve read to finally get there. Maas takes her time, allowing her romantic subplots to develop at their own pace while the faerie mayhem rages on, full-throttle.

But what makes these series’ relationships—particularly Rhys and Feyre’s—especially swoon-worthy is that they are decidedly adult. Despite their varying degrees of power, both Rhys and Feyre respect each other as equal, capable individuals. They accept their respective flaws and champion their strengths. Though Rhys may disagree with Feyre’s choices (or vice versa), he ultimately sees that she is her own person—someone who not only has the right to make such choices, but also has the ability to handle their consequences. Disagreements obviously arise, but they are resolved through open, honest communication—and through their mutual understanding that, while they would like to be each other's keeper, they are not.

This is a stark contrast to Tamlin, Feyre’s initial love interest, who exudes an Edward Cullen brand of overprotectiveness. For once, though, this behavior is quickly acknowledged as toxic, rather than sexy—and thus our emotionally intelligent heroine moves on. Feyre's autonomy is recognized and prioritized, and when it isn't, someone is put firmly in their place.

For a YA novel, Rhys and Feyre’s sexual relationship is also more adult than the genre norm. Rhys and Feyre stand on equal ground on both the battlefield and in the bedroom. Maas thankfully skips the virgin trope, choosing instead to give her characters an understanding of their own sexual needs, and what constitutes a healthy sexual relationship.

One scene that comes to mind is an encounter in Mist and Fury, in which Feyre and Rhys—who have not had sex at this point—get a little frisky at an inn. Not only is Feyre the instigator, but the scene is largely dedicated to her pleasure alone. Consent is given and received—touching Rhys' wings is an act of great intimacy—and it’s obvious both characters care about the other’s comfort. This is YA fantasy romance you can feel good about reading.

Looking for a new fantasy series? Sign up for The Portalist's newsletter and get recommended reads delivered straight to your inbox.

As someone who doesn't read a lot of high fantasy or YA, Rhys and Feyre's romance helped ground a story that would otherwise be a little too "out there" for my tastes. It’s a dose of normalcy in a world of war and crazy monsters—and its sincerity and maturity kept me immersed and coming back for more. At one point, I no longer found the high fantasy elements overwhelming; I, like Feyre, was digging the pointed ears and faerie wing heavy-petting. Months later, I'm still texting my friends Charlie Bowater’s Rhys/Feyre fanart with rows of fire and heart-eye emojis.

Whether you have a special someone or are flying solo this Valentine's Day, the A Court of Thorns and Roses series is a fantasy read that'll put you in the mood and give you an epic, magical thrill-ride. With a kickass heroine, compelling romances, and plenty of the action, you'll probably find yourself zooming through each book—and perhaps falling in love with faeries, too.

Binge the series and prepare to fall in love. 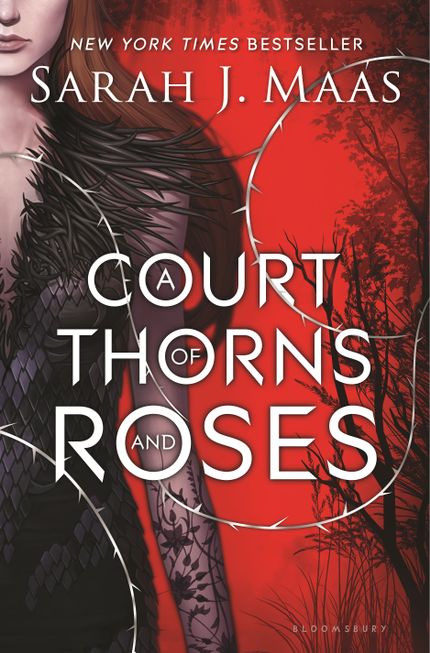 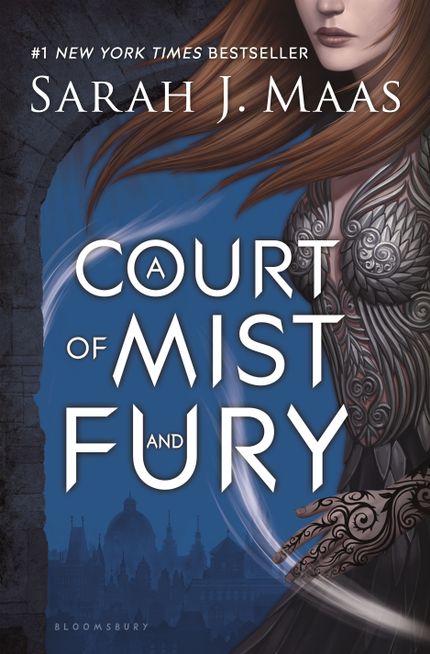 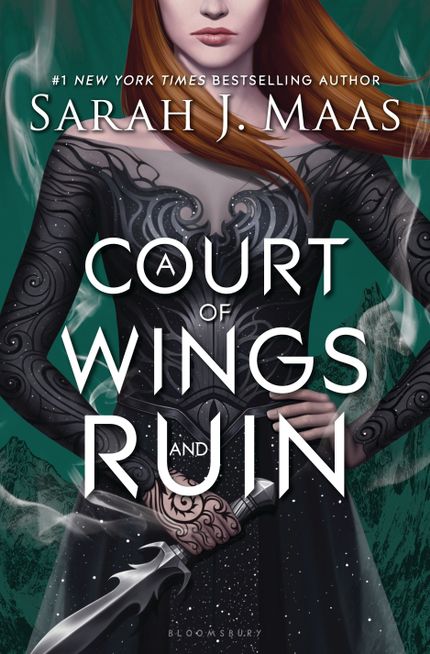