Gaiman's beloved series will be reimagined for a brand-new medium.

After more 30 years, Neil Gaiman's The Sandman is finally getting the audio drama adaptation it deserves.

The Hollywood Reporter writes that Gaiman's dark fantasy DC Comics series will be adapted by Audible into a serial drama, narrated by the author with a full cast and an original score. The English version of the drama will be available this summer, while translations of the adaptation will be released later in 2020.

Audible's announcement comes after Netflix revealed in 2019 that they're developing a show based on the comic series.

Gaiman's celebrated run on The Sandman spanned 1989-1996, for 75 issues in total. The graphic novel was published under the DC Comics' imprint Vertigo, and follows Dream/Morpheus, an immortal who is one of the Seven Endless beings. 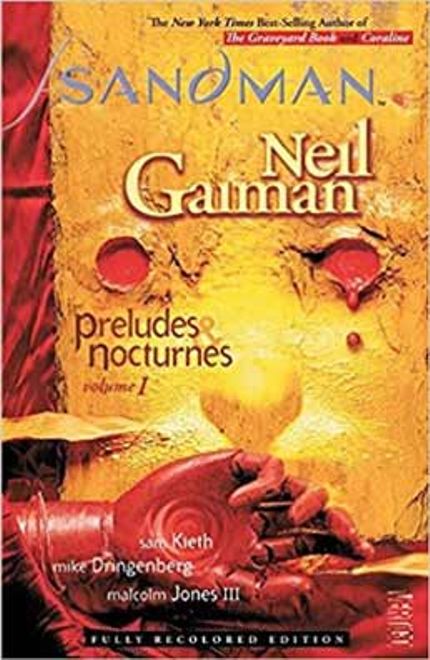 Gaiman himself will serve as creative director, executive producer and series narrator for Audible's Sandman. He will be assisted by Dirk Maggs, with whom Gaiman previously collaborated on audiobook adaptations of his novels Anansi Boys, Neverwhere, Good Omens, and Stardust. Gaiman said in a statement,

Almost 30 years ago, Dirk Maggs approached DC about adapting The Sandman info audio form. I’m glad it didn’t happen, because we are in a Golden Age of audio drama right now, and Dirk and I are much better at what we are doing. This is a rich audio adaptation of the Sandman graphic novels, brilliantly crafted by Dirk Maggs, with an all-star cast.

In his statement, Audible Originals editor-in-chief Dave Blum expressed excitement to bring a new iteration of the Sandman story to millions of readers, and promised the drama would be "immersive" and "entertaining."

Audible's Sandman is just one of many recent adaptations of Gaiman's bibliography. Between Amazon Prime's Good Omens series, American Gods on Starz, and Sandman on Netflix (to name just a few), it's clear Gaiman's tales of magic and mortality are resonating more than ever with fantasy fans.

To listen to Gaiman's narration in the Sandman trailer, head over to The Hollywood Reporter.