One of Octavia E. Butler's editors shares how a new opera highlights the prescience and beauty of the late author's dystopian masterpiece.

In a spare, black-painted space, with minimal lighting effects and only a few touches of costuming—a book bag, a young man’s hoodie, a colorful headwrap—the singers and musicians of Octavia E. Butler’s Parable of the Sower: A Concert Version conjured a vision of a near-future United States that electrified the audience at the work-in-progress performance, held October 16th at the soundstage of the famed Apollo Theater in New York City.

The opera faithfully translates Butler’s novel Parable of the Sower into musical form. Co-created by Bernice Johnson Reagon, one of the founding members of the Grammy-winning group Sweet Honey in the Rock, and her daughter Toshi, the opera will have its world premiere next month at The Arts Center in Abu Dhabi and its U.S. premiere at Carolina Performing Arts in Chapel Hill, North Carolina, November 16-17.

Fourteen singers and a five-person orchestra of drums, bass, cello, violin and guitar took its listeners on a powerful emotional journey from desperation to hope. The story begins in the year 2024, in a time of great turmoil that is all too easy to imagine from where our nation stands today. Air and water are increasingly polluted. Droughts plague the West Coast; the gap between the haves and have-nots has increased to the breaking point; and violence and unrest spread almost unchecked. Young Lauren Olamina (played by Shayna Small), focus of Parable of the Sower, exists in a Southern California gated community with her father, mother, and younger brother. They are walled in with a small group of neighbors—yet the outside world continues to press closer, with greater danger every day, and their home feels more trap than safe haven.

Want more Octavia E. Butler? Sign up for The Portalist's newsletter, and get the best in speculative fiction delivered straight to your inbox!

The relationship between Lauren and her father is strained; Lauren feels strongly that the role of a human being is to see reality and respond to it with action. She tries to express her understanding of God as being one of change, while her pastor father sings back to her that “God don’t never change.” (“God is Change” becomes one of the basic tenets of Earthseed, the belief system that Lauren develops throughout the two Earthseed books, Sower and Parable of the Talents.) Lauren’s brother, too, chafes at his parents’ “protection” and wants to leave the enclave.

As matters worsen, the decision whether or not to leave her family is taken out of Lauren’s hands. One day her father does not come back from his job at the university. Lauren sings plaintively, under a spotlight, “Have you seen my father? He has not come home/ Nor has he sent word./ Perhaps I will not have to leave my father/ Perhaps he has already left me.”

The enclave is attacked and Lauren must flee with a small group of other refugees, headed north to an unknown future. Songs deal with the harsh journey, yet flashes of hope appear as well. One song describes seeing the stars that can never be glimpsed from the city. In another, the group welcomes a stranger who shares their dreams for a better future.

The opera ends with a powerful anthem about God as Change, then a sweet, almost skipping-rope rendition of the Bible story of the Parable of the Sower that strongly brought to mind the a capella music of Sweet Honey in the Rock.

The opera has been years in production, and the labor and love that have gone into its creation absolutely shine. Every singer, every musician gave his or her best to the performance on Monday night. Toshi Reagon spoke plainly about how funding is still needed to support this last phase of the opera’s development, which is also supported by such major funding groups as The New England Foundation for the Arts’ National Theater Project and the Andrew W. Mellon Foundation, among others.

More information on how to contribute online is available at www.parableopera.com, along with information about the collaborators and the journey that this show has taken to reach this point.

In the meantime, check out some of Butler's iconic works below! 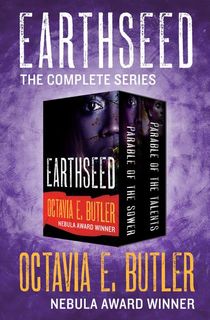 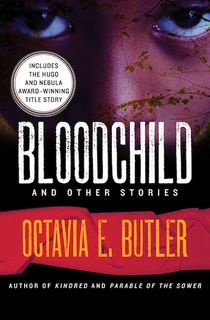 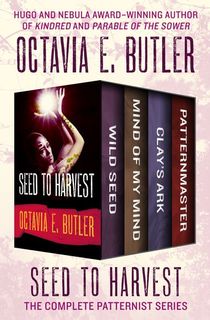 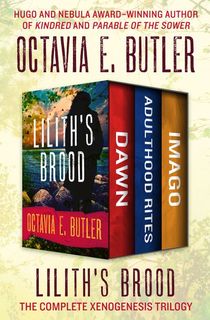 Want more Octavia E. Butler? Sign up for The Portalist's newsletter, and get the best in speculative fiction delivered straight to your inbox!

Author bio: Betsy Mitchell became Octavia Butler’s editor just as Parable of the Sower was being published and worked with her on Parable of the Talents and the reissues of her earlier novels in new editions during the 1990s. She also published the original ebook Unexpected Stories and oversees the Butler body of work at Open Road Integrated Media.

Featured photo via Octavia E. Butler's "Parable of the Sower" on Facebook.