Listen to the Audio Adaptation of Neil Gaiman's The Sandman Today

The first-ever adaptation of Neil Gaiman’s The Sandman is now available on Audible, and is ready to whisk you off to sleep.

The Sandman, the fantasy comic book series published by DC Comics and created by Gaiman in the late 1980s, has yet to be adapted — until today.

Gaiman has opposed any adaptation that significantly changed or undermined the source material of his original comic series. Now, with creative control and even a slot as The Sandman’s audio drama narrator, Gaiman has a Sandman adaptation to be truly proud of. 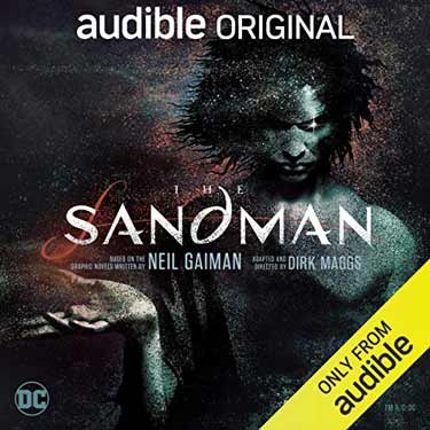 The Sandman became “a machine for telling stories—something that [he could] go anywhere with,” (The New York Times) as a comic book series. With Gaiman’s imagination allowed to run wild, the series covered dark, terrifying, and sometimes hilarious territory in each issue.

The Sandman stars James McAvoy as the elusive and enthralling Dream, and Kat Dennings as his sickly-sweet sister Death. The cast is rounded out by Riz Ahmed as The Corinthian, Taron Egerton as John Constantine, Samantha Morton as Urania Blackwell, Bebe Neuwirth as The Siamese Cat, Andy Serkis as Matthew The Raven, and Michael Sheen as Lucifer.

RELATED: 13 Magical Books to Read If You're a Fan of American Gods

The initial installment of the audio drama covers the first three volumes of the graphic series in twenty episodes. And after listening to just one episode, you'll want to binge them all.

(via The New York Times)