Liminal States is a rip-roaring epic through time in which rival immortals battle for the woman they loved and lost.

In his debut novel, Liminal States, Something Awful editor Zack Parsons takes on an ambitious story that crosses genres and spans centuries. The action begins in the Wild West, 1874, where the lawless Gideon Long tries to scheme his way to fame and fortune. Hated by his father, Gideon knows he’ll never see a penny of his family’s money—but he has a plan of his own: He'll rob a railroad.

It’s a risky venture, considering Gideon isn’t without a longtime adversary. He’s up against Sheriff Warren Groves, one-third of the love triangle that has fueled their rivalry. Though Warren's wife, Annie, is pregnant with his child, her letters have revealed she is madly in love with Gideon. Needless to say, Warren will stop at nothing to thwart Gideon's plans—and, more importantly, to tear him down for good.

Want more sci-fi novels? Sign up for The Portalist's newsletter, and get book recommendations delivered straight to your inbox.

But the men’s revenge must wait another day when Gideon is seriously injured during the robbery. After hiding himself in a cave and waiting to die, he takes a desperate sip of water from a nearby pool—and feels a shock of intense pain. While it certainly feels like death, it is far from it. In fact, it’s just the opposite. Restored to life and now gifted with immortality, Gideon will find that his battle with Warren will transcend time, continuing in the 1950s and even the dystopian 21st century.

Zack Parsons seamlessly blends sci-fi, horror, noir, and western fiction to craft a highly original tale of two powerful men, the hatred they share, and the woman they both love. It's the perfect read for fans of time travel, alternate universes, and genre-bending stories like Westworld. Read on for an excerpt of the scene in which Gideon discovers the powers of the cave pool, and sees himself—and the course of his life—change forever. 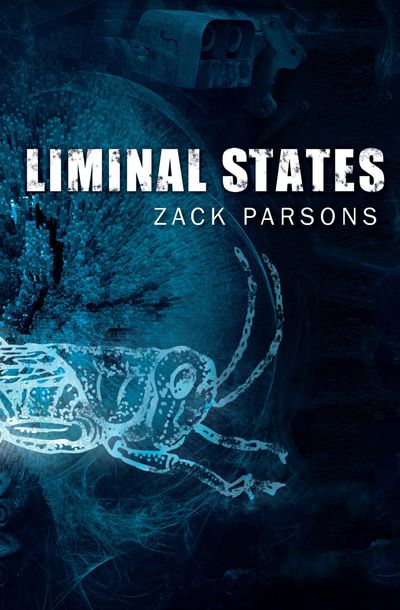